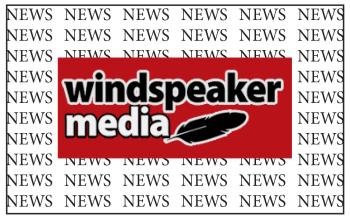 JULY 11—A bilateral mechanism with the federal government that was lauded as a breakthrough by the Assembly of First Nations in 2017 has now been abandoned as something that no longer works. Chiefs-in-assembly voted to replace the Permanent Bilateral Mechanism/AFN-Canada Memorandum of Understanding framework with something “that includes input and feedback from each region.”

“It has to be protected forever.”

JULY 11—More than 40 years ago a young archeologist by the name of Dr. Ernie Walker sat with his Indigenous friends along with officials from the City of Saskatoon to discuss the possibility of acquiring an old rancher’s land to create an Indigenous heritage site. Walker remembers when the agreement between all the parties became official. It was 30 years ago on June 27.

“As a mother, I am outraged. I’m angry. Our children are being killed and I feel like they think we’re disposable.”

JULY 11—The all-too-familiar tragedies voiced by families and chiefs at the Assembly of First Nations annual general assembly last week were met by the all-too-familiar replies from visiting federal ministers: Canada has to do better. On July 7, family members of Chantel Moore and Noelle “Ellie” O’Soup spoke of the losses they had endured with the deaths of their loved ones. https://windspeaker.com/news/windspeaker-news/first-nations-continue-suffer-tragedy-federal-ministers-continue-say-more

“We needed a space to go to in prayer to find solace. A space to revitalize our inner spiritual self.”

JULY 11—Located next to the Wesley Elders Lodge, a new healing space is beginning to take shape, —Stoney Health Services is building a place where Indigenous traditional healing will be practiced.

Jeanette Wildman, Stoney Health Services’ cultural liaison, says that it was her idea to have this space created in her community.

"I think that we had a pretty good vision, and I think we had a lot of excitement early on. We knew we wanted to make something that was really quality…”

“An Indigenous-led Games will be a true representation of our origins, where we are now, and what we envision for the future.”

Costs announced for 2030 Indigenous-led Olympic and Paralympic bid in B.C.

JULY 12—At a news conference held on July 8 it was announced that all organizational and operating costs for both the 2030 Olympics and Paralympics, led by First Nations in British Columbia, would be covered by private dollars. Costs are expected to be between $2.5 billion and $2.8 billion. And it has been revealed that the publicly-funded estimates for both Games is between $1 billion and $1.2 billion.

“This is serious that the Mississaugas of the Credit have withdrawn and that they’re… talking about how the games are a failure and particularly that youth was let down.”

JULY 13—The Mississaugas of the Credit First Nation has pulled its support from the Canada Summer Games only weeks before the national competition is set to get underway in Niagara. In a damning letter sent July 11 to the summer games board chair, Chief R. Stacey Laforme cited “disrespect, lateral violence and a strange pan Indigenous approach” for why the First Nation would no longer be involved.

“I’m hoping when they listen to it, they can be made aware of the injustices Indigenous people have lived.”

JULY 13—A pair of teenagers are the winners of a national Indigenous music remix competition. Bryce Watt, a recent high school graduate from Technical Vocational High School in Winnipeg, and Miyuki Dryer, a student at Toronto’s College Francais, both won $5,000 scholarships from the nationwide Your Voice is Power competition.

JULY 13—Almost 40 years ago, during Expo ‘86, members of the Heiltsuk tribe in Bella Bella, BC built an ocean-going canoe and paddled it down to False Creek and the Plaza of Nations in Vancouver. On July 14, that journey will come full circle as hundreds of canoes paddle into False Creek, with the final destination Science World, to launch the Sacred Journey exhibit.

“…she's so independent, so creative, so intrinsically motivated; more than almost anyone I've ever worked with.”

JULY 13—While most students get to attend a local high school, Sofia Auger Nybida will be making the trek down the coast of British Columbia for her Grade 12 year. Auger Nybida was awarded a $130,000 scholarship to attend Victoria’s Pearson College for Grade 12 this fall. For the year following, the Anishinaabekwe student will take an International Baccalaureate year at the international school.

“I think we all have the aspiration to have a national action plan in the tight timeline but always know that things do happen, timelines can be extended.”

JULY 13— Tight deadlines and lack of sufficient funding to develop a national action plan to implement the United Nations Declaration on the Rights of Indigenous Peoples should lead to an extension of the two-year timeframe set out in legislation, says Terry Teegee, regional chief for the Assembly of First Nations British Columbia.

“With the achievement of education jurisdiction and our new law-making authority, we are fundamentally changing the system…”

JULY 13—This September four First Nations in British Columbia will be operating their own schools after concluding self-government agreements with Canada for education of their children on their lands. On July 11, Cowichan Tribes, Lil'wat Nation, ʔaq'am, and Seabird Island signed education jurisdiction agreements with the federal government.

JULY 14—The Ministry of Indigenous Relations is ready to divide up the $5 million Alberta provides yearly through the Aboriginal Business Investment Fund (ABIF). Indigenous businesses and communities throughout the province are eligible to apply for a grant of up to $500,000, which is intended to improve the socio-economic fortunes of those in the community.

“I’m no lawyer, but it seems to me if Quebec can use the notwithstanding clause within the Constitution, why would we as First Nations not have the same right to protect our languages?”

JULY 14—A historic $1.1 billion education funding agreement signed today between the federal government and 22 First Nation communities in Quebec was overshadowed by continuing concerns stemming from Premier François Legault’s Bill C-96, language legislation that is meant to protect French in the province. The new education agreement was signed on the Kahnawà:ke Mohawk Territory.

JULY 14—Twenty-nine-year-old Levi Cardinal has been found after being kidnapped Wednesday evening on the Buffalo Lake Métis Settlement. In a statement, police say Cardinal was kidnapped from a home within the settlement on July 13. On Thursday afternoon, RCMP had asked for the public's help in connection to Cardinal's disappearance. Two hours later he was found.

“…we really want to teach our people how to be successful in the workplace.”

JULY 15—A new marketing and communications program for creative individuals is coming through a partnership between Momentum and the Southern Alberta Institute of Technology (SAIT) in Calgary.“We are looking for people who are just naturally creative, that already enjoy being on social media and want to make a career out of it,” said Kymowyn Sugar.

"I can amplify voices and hold that space."

JULY 15—When author Ian Kennedy set out to write On Account of Darkness: Shining Light on Race and Sport, he did so with the goal of writing an historical take on the area where he was raised in southern Ontario. On Account of Darkness takes a personal look at the sports history of the Chatham region. It documents the stories of marginalized sports teams and players over the past several centuries.

On March 10, Tytiana Janvier was found dead in a Lac La Biche home. Janvier's family said she had left her home to go to a place with running water to have a shower. With no word from there daughter, the next day she was discovered.