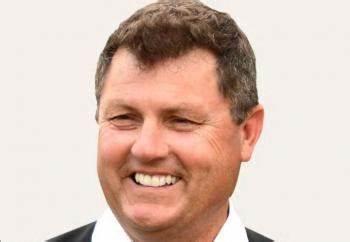 The Ministry of Indigenous Relations is ready to divide up the $5 million Alberta provides yearly through the Aboriginal Business Investment Fund (ABIF).

Applicants have until Sept. 30 to file their 2022 submissions.

Indigenous businesses and communities throughout the province are eligible to apply for a grant of up to $500,000, which is intended to improve the socio-economic fortunes of those in the community.

“It’s probably one of the best tools I have in my toolbox,” said Minister Rick Wilson.

The others were awarded lesser amounts, including the Saddle Lake Cree Nation, which was provided with about $160,000 to purchase two new trucks for its Building Supply Store to help with deliveries to its customers and pickups from suppliers.

Wilson travelled to Brocket, Alta. last July to assist with the opening of the renovated Piikani Travel Centre, another previous grant recipient.

“It was really great to be there for the opening,” Wilson said.

The travel centre had received $500,000 in funding to design and build an asphalt parking lot to keep down maintenance expenses. The grant money was also utilized to improve drainage around the facility and also increase its curb appeal.

Visitors can learn about the culture of Blackfoot people at the centre and also purchase authentic Indigenous crafts.

Wilson was given the Blackfoot name of Asoo Woo during the opening. His name translates to ‘The warrior who gets to defend his people in battle.’ For Wilson, who is not Indigenous, he has a Cree name given to him as well, which translates to Eagle Man.

Another grant recipient from last year was the Aseniwuche Winewak Nation of Canada, a non-profit society at Grande Cache, Alta. made up of unique communities of Indigenous co-operatives and enterprises, neither reserves, Métis settlements nor municipalities. The grant received was used to upgrade its cultural camp as a market-ready Indigenous tourism experience.

“Without ABIF, we wouldn’t have been able to expand our cultural camp infrastructure,” she said. “As Indigenous tourism grows, so can we. We’re thrilled to have a proper space for Aseniwuche community members and emerging entrepreneurs to share their stories, expertise and crafts.”

Wanyandie-Smith added that both community members and visitors will benefit from the enhancements.

“The cultural camp is on our traditional territory, serving as a culturally safe space for our community members to feel empowered and build skills,” she said. “Thanks to ABIF, the Aseniwuche community gets to define and lead the opportunities for visitors to learn about local Indigenous culture.”

Since the fund was launched in 2014 a total of 61 projects have received funding.

About 30 applications are received each year.

“It gives young people a chance to get involved with businesses which they might not have had before,” Wilson said.

The provincial government has committed to continue program funding through 2024.

He said program officials can still assist those who are not successful in receiving a grant. They can help tweak applications from non-successful applicants in order to give them a better opportunity of garnering a grant in the future.

Indigenous communities must own and control at least the majority (51 per cent or more) of a business or joint venture.

Also, those who are applying for funding should be near the start of their operations or close to breaking ground within the following fiscal year.

Detailed information on the program, including an application form, is available at https://www.alberta.ca/aboriginal-business-investment-fund.aspx