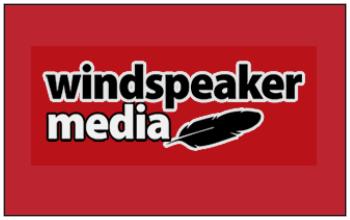 MAY 2—The City of Edmonton is planning the development of a new urban park in the city’s downtown core. The new space is designed to create gathering spaces and a hub for the community. Warehouse Park is set to occupy 1.47 hectares of land between 106 Street and 108 Street to Jasper Avenue to 102 Street.

MAY 2—As Edmontonians prepare for the Oilers’ first game of the Stanley Cup Playoffs, one notable fan is leading the hockey team's fan base with passion and energy. Blair Gladue, better known as Superfan Magoo, has captured the attention of many Oilers fans with his zany antics and chants with his signature Oilers drum.

MAY 3—A study published in the Canadian Medical Association Journal shows that Nunavut Inuit fared worse than their non-Inuit counterparts when it came to surgical outcomes at The Ottawa Hospital. The study looked at adult patients who underwent inpatient surgery from 2011 to 2018. The relative increased risk for Nunavut Inuit is quantified at 25 per cent more likely to die or suffer complications.

MAY 3—'Sacred land' or kihciy askiy, Cree (pronounced key-chee-ask-ee) is a $6.5-million project that began construction last fall in Whitemud Park with plans to open in 2023. Project Manager Lewis Cardinal says it will be a place for Indigenous peoples from the city to gather for ceremonies and cultural activities and for youth to reconnect with their sense of identity, culture and ceremony.

MAY 3—Nearly seven years after the Truth and Reconciliation Commission on the legacy of Indian residential schools issued its 94 calls to action, a survivor-led steering committee has been established to make call number 81 happen: A national monument in Ottawa. However, it might not be until the 10-year mark that the commemoration monument is erected.

MAY 3—A non-profit in Grande Prairie is looking for answers after one of its programs lost funding. For the past 12 years, the Grande Prairie Friendship Centre operated a program called Mamewpitaw. In late April, the centre was informed it would not be receiving provincial funding after a review process.

MAY 4—Siksika First Nation has been awarded a provincial grant through the Rapid Housing Initiative to build a 24-unit housing project for high-risk families. “Children’s Village” will give people a place to call home and to help keep the culture strong within the younger generations. The project to be completed by spring of next year.

May 4—Indigenous organizations across Alberta are set to receive new funding to enhance their resources as they support those affected by the Missing and Murdered Indigenous Women and Girls+ (MMIWG+) crisis. Funding is also expected to go toward improving community engagement and coordination between Indigenous communities and law enforcement agencies.

MAY 5— Dropping a new album and winning an award are major achievements this spring for multiple JUNO award winner Susan Aglukark. The Inuk singer-songwriter released her tenth studio album, The Crossing, on April 29, and will receive the 2022 Humanitarian Award presented by Music Canada at the JUNOS on May 15 for her work with the Arctic Rose Foundation.

MAY 5—The Enoch Cree Nation and EPCOR unveiled the new name of EPCOR’s solar farm: kīsikāw pīsim means “day sun”. kīsikāw pīsim is located in the Edmonton city ward of Sipiwiyiniwak (meaning “River Cree”) just off of the Anthony Henday Drive intersection of Maskêkosihk Trail North (meaning “people of the land of medicine”).

MAY 5—The community of Devon gathered at the community centre to remember those who have been lost to violence against Indigenous women. The MMIWG2S+ Day of Awareness included a smudging and remembrance ceremony. Three panelists shared their stories of loss. One of the speakers was Katherine Swampy, a representative of the Samson Cree Nation.

MAY 5—It’s not enough. While it’s sounds good that a Canada has publicly advanced a “standing invitation’ to United Nations’ special rapporteurs, what has to happen is a formal invitation from the Prime Minister must be sent to open an investigation into deaths and burials of children at residential schools. Otherwise, the rapporteur isn’t able to do anything official in terms of documentation or study.

MAY 5—The newest production from IndigE-girl Comedy is set to hit the stage at the Winnipeg Comedy Festival this weekend. Titled Come 'N Get Your Auntie, the lineup features five female and two-spirited Indigenous comedians, each performing a set of about ten minutes long at Winnipeg’s Gas Station Art Centre.

Spirit beings share history, teachings, relationship of Mississaugas of the Credit to shoreline in Toronto

MAY 6—A new sculpture titled Maanjidowin: The Gathering, located at Billy Bishop Toronto City Airport, highlights the history of the relationship of the Mississaugas of the Credit First Nation with the shoreline there. The granite and bronze sculpture features three female fishers—Makwa-Kwe (Bear), Nigig-Kwe (Otter) and Migizi-Kwe (Eagle)—all paddling together in a canoe. https://windspeaker.com/news/windspeaker-news/spirit-beings-share-history-teachings-relationship-mississaugas-credit

MAY 6—A new exhibit at the Edmonton Valley Zoo is expanding the organization’s public programming. On Friday, the publicly-owned attraction announced the launch of it’s new Nature Connects exhibit, a 13-piece art installation made up of approximately 800,000 Lego bricks.