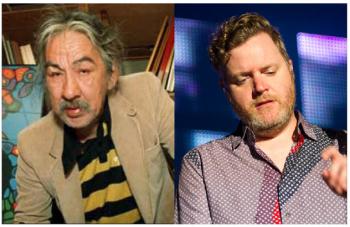 The Court of Appeal for Ontario has stopped short of ruling that the Spirit Energy of Mother Earth painting purchased by Barenaked Ladies band member Kevin Hearn in 2005 is a fake Norval Morrisseau.

However, Hearn’s legal counsel Jonathan Sommer is convinced that the appeal court’s unanimous decision rendered Sept. 3 is implying just that.

“I’m saying that if the determination of the court was that a painting that is a forgery, as they put it, is worth zero dollars and that an authentic one is worth $50,000 that the fact that they awarded (Hearn) $50,000 for compensation for what he didn’t receive indicates that the painting is worthless in the view of the Court of Appeal.

“It’s not explicitly saying that it’s a forgery, but I’m not sure what else you could interpret it to be,” said Sommer.

The three-judge panel tore apart trial judge Justice Edward M. Morgan’s May 24, 2018 decision that it had not been proved that Spirit Energy of Mother Earth was “a forged or fake Morrisseau,” so “From the law's point of view, it is therefore a real Norval Morrisseau painting."

The Court of Appeal, led by Justice P. Lauwers, ruled that the authenticity of the painting was not the central issue of the case.

“The trial judge found that it remains an open question whether the painting is a genuine Morrisseau. But contrary to his view, this finding should not have led to the dismissal of the appellant’s (Hearn’s) actions,” said the Appeal Court.

The Appeal Court decided that Morgan had erred by not taking into account legal documents known as provenances that Hearn had requested from the Maslak-McLeod Gallery as part of the contract to purchase the painting.

The appeal court further said that gallery owner Joseph McLeod, who presented Hearn with two different provenances at two different times, made “false representation,” was deliberate in his “elusiveness” and these were “elements of civil fraud.”

An art expert called the documents suspect, because several of the previous owners listed could not be found or would not confirm that they had owned the painting.

The Appeal Court ruling, said Sommer, will put art dealers on notice about the “serious legal consequences” should they lie about provenances. It also makes art buyers aware of the importance of asking for provenances and examining them carefully to ensure their authenticity, he added.

The appeal court also ruled that the trial judge had erred by relying on his own research done after the hearing was concluded, which could not be presented to experts to respond to.

“He drew on resources that were not in evidence but were obtained by him outside of the courtroom through research done by him or at his direction. In doing so, the trial judge stepped out of the impartiality of his position as trial judge and descended into the arena, effectively becoming the art expert,” reads the Appeal Court decision. The decision went on to read “the trial judge assumed ‘the multi-faceted role of advocate, witness, and judge’. This was not appropriate.”

On top of the $50,000 the appeal court awarded Hearn for “breach of contract and breach of the Sale of Goods Act,” he was awarded $10,000 for punitive damages.

“For Mr. Hearn this case was about the principle of this. It was never about the money,” said Sommer.

Exposing the magnitude of the art fraud of paintings that have been credited to Morrisseau was one of those principles, said Sommer, and he believes that was accomplished as the Appeal Court referred to “the active industry and market in fake Morrisseau paintings.”

As McLeod has since passed away, Sommer says no further legal action will be taken by Hearn “for this particular painting.”

However, that does not mean the battle is over.

“There are many fights that continue, though, in terms of the Morrisseau art fraud, so stay tuned,” said Sommer, who said it’s important to prove to the art world that Hearn’s Spirit Energy of Mother Earth is a forgery.

McLeod’s corporation could seek leave to appeal the ruling to the Supreme Court of Canada.