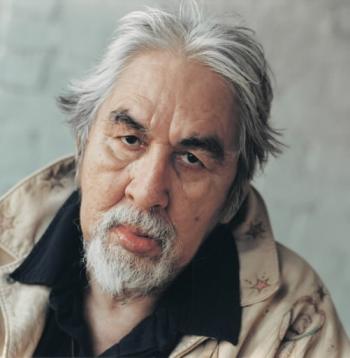 Spirit Energy of Mother Earth has not been proved to be a forged or fake Morrisseau. From the law's point of view, it is therefore a real Norval Morrisseau painting. —Court decision as signed by Justice Edward M. Morgan

The Ontario Superior Court has ruled that Norval Morrisseau’s Spirit Energy of Mother Earth “has not been proved to be a forged or fake Morrisseau. From the law's point of view, it is therefore a real Norval Morrisseau painting."

The 30-page decision was brought down May 24 by Justice Edward M. Morgan.

“The court seems to be saying to me that the court can’t really decide whether it’s real or not,” said lawyer Jonathan Sommer, who represented Kevin Hearn, a member of the Barenaked Ladies who owns Spirit Energy of Mother Earth. “That’s my interpretation. I’ve never seen a decision that says this.”

“Our (decision) is like a draw, but by the rules of the law, it means that (the painting) is, in law, authentic,” said the decision.

“Kevin Hearn doesn’t believe for a second that this painting is authentic. He 100 per cent believes it’s a forgery,” said Sommer. “He’s not going to be going around and saying that it’s real or that the court found that it’s real.”

Hearn acquired the painting in 2005 from Masak-McLeod Gallery. He was approached in 2010 to exhibit his art collection at the Art Gallery of Ontario. It was during this exhibit, in which Spirit Energy of Mother Earth was included, that he was advised the painting was “most likely a fake.”

“This case is so not about money for (Hearn). It’s about the truth,” said Sommer, and it’s also about Hearn standing up for Indigenous rights.

Hearn, who was musical director on Gord Downie’s “The Secret Path” project, also “care(s) deeply about the truth and reconciliation process,” said Sommer, who added that he also shared this sentiment.

Hearn has 30 days to appeal the decision. Sommer says Hearn believes there are some “very serious factual errors” on which the decision is based.

“He also has to decide if he wants to be subjected to a lot more of the kind of abuse he’s had to endure by standing up and saying to the world that he believes there are forgeries out there,” said Sommer.

The court acknowledged in its ruling the existence of a Thunder Bay-area fraud ring and the production of forged paintings after hearing evidence.

“If you go online, it’s not hard to find the extremely aggressive and fairly nasty things being said about him and me and everybody who dares stand up and say there’s a problem here,” he said.

Those who have called down Hearn and Sommer claim there are no Morrisseau forgeries.

“It’s my client’s view and my view that what is damaging, what is corrosive to (Morrisseau’s) legacy is if there are forgeries being made and being hawked as though they are authentic, that to us is the greatest offence to his legacy,” said Sommer.

Sommer says at this point he does not know whether Hearn will be appealing.