Wit and substance absent from the House 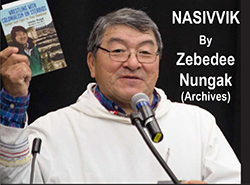 The creative minds who churn out television series should not ignore the wealth of material unfolding daily on the subject of Parliament as entertainment.

In fact, not much creativity is required to launch a series that might be called All My Parliamentarians, or maybe, As Parliament Hill Turns. There's plot, intrigue, back-room dealings, and enough political cloak-and-dagger to shove aside any need for fiction to get in the way of reality as a good show.

The Honorable Minister of Righteous Indignation used to be a Conservative, but is now a Liberal. He expresses his ministry's specialty in reply to loaded questions lobbed by former colleagues from across the aisle. The minister might for once be creative, and reply "That question is so loaded that it keeps flipping over from its own weight; therefore, I can't answer it!" An antidote to hydraulically impossible questions just might be discovered here!

Now, voters are supposed to be impressed with these questions, and how they're used as weapons in the cut and thrust of the parliamentary arena. We're supposed to think, "She's got him now! How can anybody wiggle out of that one? My! Those questions are ingeniously sharp!"

But, watching this for even a short time, the questions become "Who elected these intellectual juveniles to office? Why aren't there rules in parliamentary procedure preventing the use of such non-starter questions?"

It's not that we're impressed with the answers given to these questions, either. Several honorable members are highly skilled experts at Artful Deflection, which should have us admiring them for their talent. All we get is tired very quickly at listening to questions and answers dipped in sarcasm and dripping with partisan one-upmanship. Anyone watching and listening to this regularly might become afflicted with Parliamentary Sarcasm Syndrome (PSS).

The main opposition party is the product of what used to be two distinct entities, whose political marriage of convenience suffers from the honeymoon they didn't have time to have. Not everything in their relationship is dysfunctional. All political parties have "wings", but this one has "lumps" which might cause an observer to question where real conservatism resides these days. Where is True Blue? Your guess is as good as mine.

The Honorable Minister of Getting There and Back Again used to be a Liberal, then a Blocquist, and is a Liberal again. He helps defend his re-adopted party from the cacophony of damning outrage from honorable members opposite whose party has never committed any sin of scandal. "Let him without sin cast the first stone," would be a perfect statement for this setting. Which of the parties are sinless?

The Honorable Member from Attempted Reason tries to remind his colleagues in the House that "Canadians want this Parliament to work!" Whether out of principle or high ideals, some parliamentarians actually try to articulate common sense, even in the midst of this weird carnival of the politically absurd. But it's like trying to be the Lone Ranger without Tonto and without the horse, Silver. The surrounding environment simply robs such efforts of all spring and bounce.

Today's political parties must have secret Departments of Political Defections. I'm also convinced that each of these has branches called Opportunism Directorates. If only these essential parts of the democratic process could operate out in the open it would be easier for political junkies to keep track of the crossings and re-crossings of the floor of the House of Commons. It's no longer too much to say that one needs a guide to keep track of such traffic.

On top of all this, some honorable members talk menacingly about Parliament Hill being over-run with people wearing orange scarves, or about "There'll be Hell to pay!" if the minority government does not keel over when and where the opposition dictates it to. Honorable members from every party have been heard to say, "The electorate will teach you a lesson!" to any and all of their political opponents.