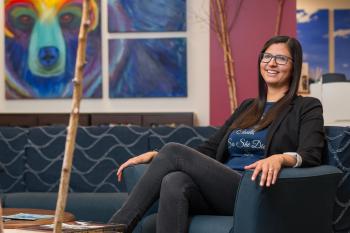 “I knew that I belonged in a space like this and I knew that I wanted to do something that was true to my values as an Indigenous woman.” —Mallory Yawnghwe
By Shari Narine
Local Journalism Initiative Reporter
Windspeaker.com

In one year, Mallory Yawnghwe turned a $5,000 start-up grant into a $1.3 million business—during the coronavirus pandemic.

But, said Yanghwe, who spoke June 21 at Brock University’s second annual Indigenous Leaders Speaker Series, the success of Indigenous Box isn’t marked by money, but as an opportunity “for our Nations to reclaim the space that we once held.”

Indigenous Box is a unique approach to both corporate gifting and a surprise subscription box. The boxes are filled with a wide variety of products created by Indigenous organizations and community members, effectively “putting money back into the pockets of Indigenous entrepreneurs and championing these entrepreneurs and artists and authors in a way that is true to our values as Indigenous people to champion one another and to walk forward as a group, as a collective,” said Yawnghwe. 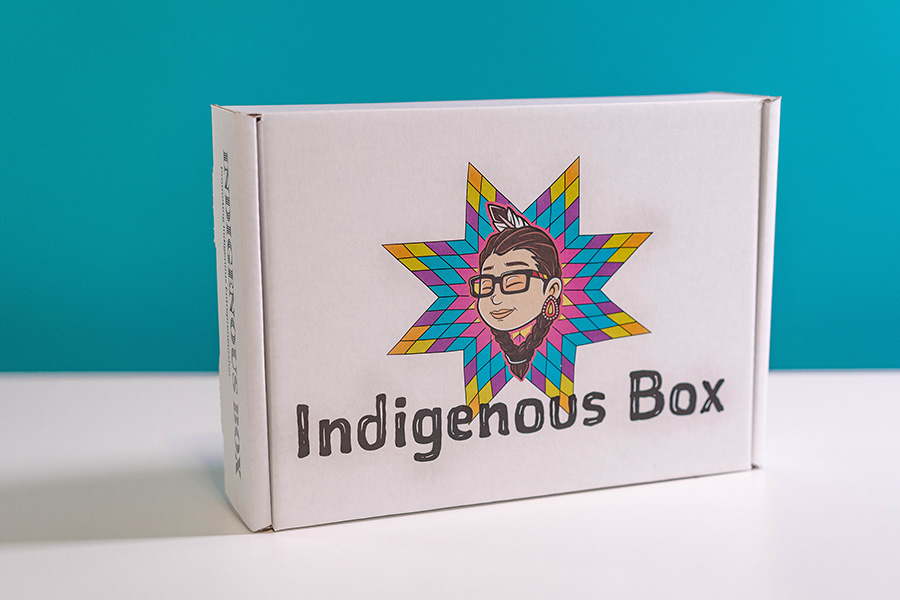 “I’m so proud that we were able to do something that brought our community together.”

Yawnghwe, from the Saddle Lake Cree Nation in Alberta, was able to combine her western institutional learning of supply chain management with her traditional Cree teachings from her parents.

They sacrificed so much, said Yawnghwe, pointing out she is the first generation in her family not to attend Indian residential school. Her father is a hunter and her mother has a garden and Yawnghwe said growing up her family always “lived in abundance and never felt the scarcity.” Her father provided meat for the community as well.

It was these strong teachings that made her focus on building community with Indigenous Box.

“Indigenous people, we don’t operate by a zero-sum game. It’s a collective and when we win, it’s a win for everybody,” said Yawnghwe.

Operating Indigenous Box hasn’t been without its challenges, but Yawnghwe has held true to her motto: “Everything is figure-outable.” There are people smarter than her who can help her. She’s always open to learning.

“We just established our problem-solving mindset right away,” she said, adding that her team, which includes her husband, brought their own set of skills and expertise to the business, creating “the most incredible environment.”

She noted that the business “hiccups” were easier to handle than the lateral violence she experienced on social media with people doubting her abilities. Racism was also a factor. Now, she is more discerning about the time she spends on social media.

Another important part of her job, said Yawnghwe, is meeting with each of her contributors to find out how they define success, as well as to get them to understand the value of their skills and time.

“Our people will give away so much. We’re gift givers. And so, I’ll have to say, ‘No, your time is valuable.’ And we work with them to ensure they’re charging us fair market value,” she said.

In the end, said Yawnghwe, the intent of Indigenous Box is to have “our customers become their customers.”

The success of Indigenous Box has been no accident. Along with a strong business plan and a traditionally informed operations strategy, Yawnghwe followed the trends and determined that the popularity of subscription boxes was on the rise. She pointed out the corporate gifting side was a nearly $3-billion market in Canada alone.

Indigenous Box made Indigenomics Institute’s “10 to Watch List” for 2022.

Yawnghwe said there are plans to fill boxes with work undertaken by Indigenous peoples from around the world, but she wants to ensure the business is secure before expanding.

Yawnghwe is not only grateful for the support she has received from her family and community, but she is also humble.

“I’m just a rez kid with a dream … and intention and good teachings (to) do some really good things. So that’s what drives me…taking up spaces that weren’t meant for us,” she said.

The National Indigenous Peoples Day online event featuring Yawnghwe was a partnership between Brock University’s Office of the Vice-Provost, Indigenous Engagement and the Goodman School of Business.