Skunk oil vs. skunk essence: One stinks, but can they both heal? 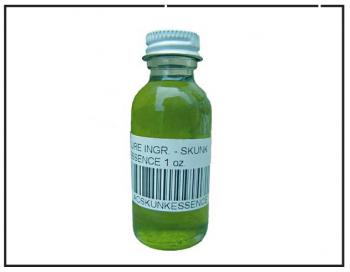 Social distancing (maintaining a two metre distance from others), staying home and frequent hand washing is the best defence against the deadly COVID-19 virus.
By Deb Steel
Windspeaker.com Writer

When she was a girl, her father used to give her a drop of skunk oil on a spoon each month during winter to ward off the flu.

So when the smell hit her while she unpacked a bottle of what she thought was the old traditional remedy, the caller, who didn’t want her name to be used, said she thought something wasn’t quite right.

You see, skunk oil doesn’t have much of a smell, but skunk essence really… really does.

Skunk essence, made from the extracted liquid from the spray sacks of the skunk’s hind end, is being distributed within at least one Indigenous community in Alberta, and being consumed in small doses to ward off sickness by other individuals around the province.

It has been used for years, said Delainah MacMillan of Halford Hide, which sells the essence by the one-ounce bottle at more than $17 a piece.

Since the COVID-19 outbreak, however, the product has been flying off the shelves. It’s made up the majority of sales at the Edmonton shop for the past two weeks, said MacMillan, who adds the shop has been very, very busy.

MacMillan said one man told her it “heals the lungs”.

Some, though, have come to think skunk essence might help protect them against COVID-19.

MacMillan is clear that Halford makes no such claim.

And Canadian authorities have been very direct, warning people about the risks of purchasing health products that make unauthorized claims to prevent, treat or cure COVID-19.  Social distancing (maintaining a two metre distance from others), staying home and frequent hand washing is the best defence against the deadly virus.

MacMillan said she doesn’t know what the ingredients are in the bottle of essence, and there is no ingredients list on it. It’s not advertised as pure, MacMillan said, saying it’s mixed with oil.

In a demonstration video that shows how to extract the liquid from the skunk sacks using a needle, Jeff Dunlap, owner of Dunlap Lures in Michigan, says he uses a glass bottle for storage, because the pure liquid will eat through plastic.

People take the essence in their tea, MacMillan explained, or put it in a strong chilli to mask the smell, and it only takes two to three drops, though MacMillan said a fellow employee at her work did take a whole teaspoon after seeing all the commotion over the product these last weeks.

There is no dosage mentioned on the bottle. And dosages seem not to be applied consistently among users.

Buy capsules and put four drops in them, recommended one person on Facebook, and use for four days, “then you’ll be good.”

And another suggested to “Boil water, pour into cup, take a toothpick, dip into skunk juice, dip toothpick into water n stir, let cool and then drink.”

For an adult, write others, put one teaspoon in water, juice or take with honey.

And, whatever you do, after consumption, don’t burp in anyone’s direction, was a warning.

Skunk essence is typically sold as a lure for hunting, attracting such animals as fox and deer and used externally to cover the scent of the hunter.

Skunk oil on the other hand, which a quick Google search reveals is the rendered fat of the animal and said to be the traditional medicine of the past, was used both externally and internally by Indigenous people.

It’s as thick as motor oil, reads one online source, and it made an effective liniment, preventing chapping and chafing. It could be rubbed on the chest to help open airways and clear mucus, warming the skin. Internally, it was used as a cure for coughs and colds, and was sold at a premium price to explorers and fur traders, as they valued it greatly in their medical kits.

But it’s essence, and not oil, that seems to be, primarily, in modern use.

Whether both are interchangeably effective we have yet to learn through sources or experience. Our publisher says his bottle of essence has been put in a coffee can in the garage. It just smells too bad to use.