No Room for Racism rally spreads message of love 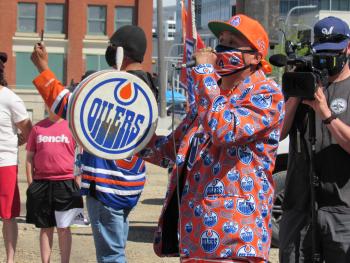 Hundreds of fans of the Edmonton Oilers hockey team gathered in front of Rogers Place in Edmonton on May 29 to support Edmonton Oilers defenceman #74 Ethan Bear and denounce racism.

Bear, who is Cree and raised on the Ochapowace Nation near Whitewood, Sask. faced a barrage of racist messages on social media after the Oilers were eliminated by the Winnipeg Jets from the first round of the NHL playoffs in a four game series loss.

Bear, 23, posted a video on Twitter on May 26 in response to the racism.

"I'm here to stand up to this behaviour... I'm proud of where I come from. I'm proud to be from Ochapowace First Nation. I'm not just doing this for myself. I'm doing this for all people of colour & for the next generation," he said.

Edmonton Oilers General Manager Ken Holland has stated that the comments about Bear were “totally unacceptable” and disgusting.”

The No Room for Racism was organized by life-long Oilers fan Blair Gladue, who is better known as Superfan Magoo.

He said he was inspired to organize the rally “as a superfan of the Edmonton Oilers and also as a human being who says no to racism. After what happened to our brother Ethan Bear after we lost in the playoffs and all the racial comments.”

Gladue, who himself has experienced racism, hopes the event will “bring awareness to racism. Racism is unacceptable and what we need to do is spread the love. Instead of spreading negativity, we need to spread positivity. Spread the love and say no to racism.”

The rally began with drummers and a prayer from an Elder, including prayers for the 215 children whose remains were discovered to be buried outside a former residential school in Kamloops, B.C. The news was announced May 27 by Tk'emlúps te Secwépemc First Nation leadership.

Don Burnstick, a Cree comedian from Alexander First Nation, was a featured speaker at the Say No To Racism rally. Councils from Nations all over Alberta and B.C. travelled to attend

As well, members of the Ochapowace Nation, Bear's community, drove nine hours from Saskatchewan to participate.

“We're all equal no matter who we are and where we come from. We should all be treated as one,” Gladue said. “You can't fight hate with hate. When someone says they hate you, tell them you love them and you will be the stronger person in the end.” 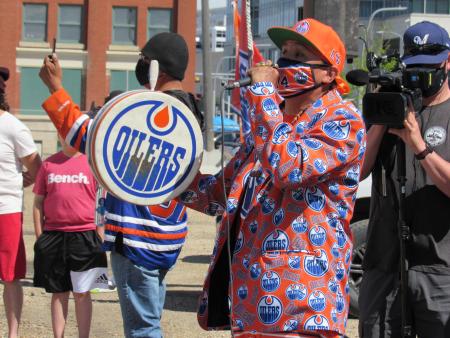 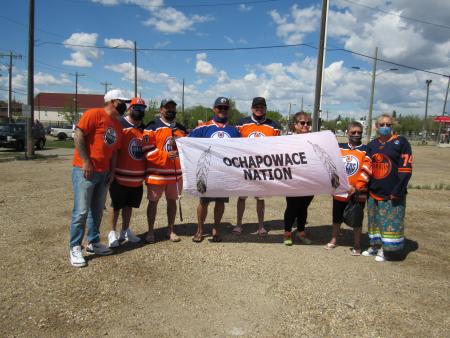 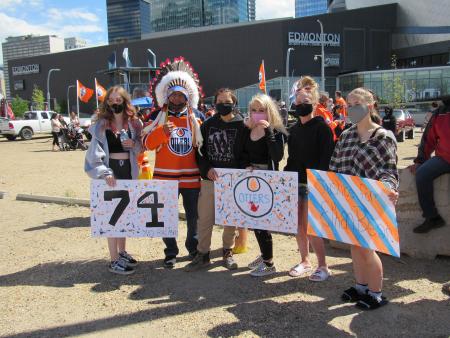 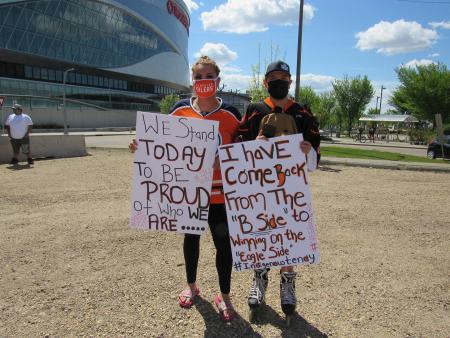 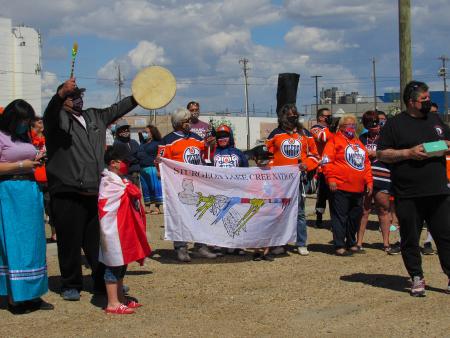 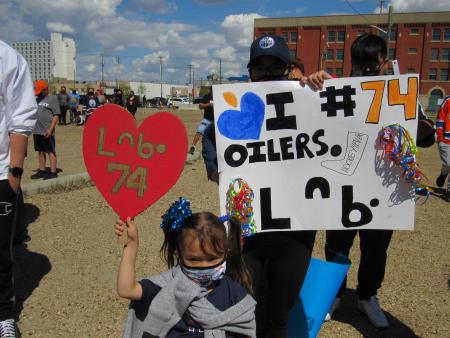 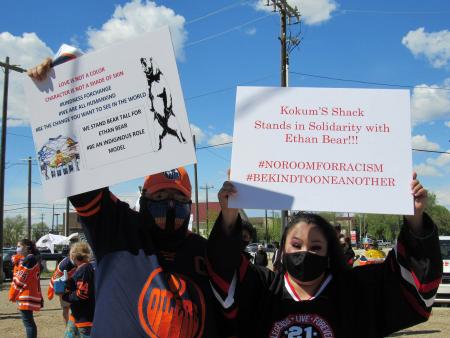 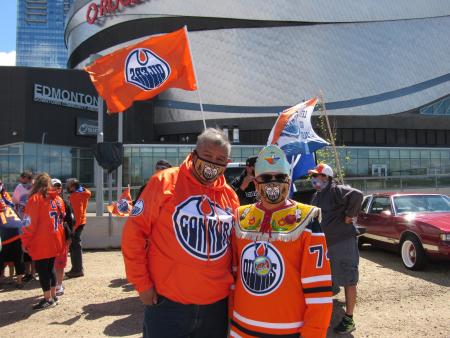