Mikisew Cree Nation went to the polls, but results are now under appeal 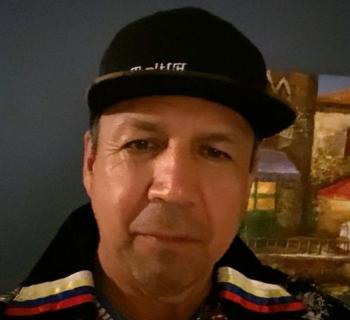 “The appeal committee wants it closed, because they feel threatened. It sounds to me like they already know what their answer is…” — Chief-elect Peter Powder
By Shari Narine
Local Journalism Initiative Reporter
Windspeaker.com

Mikisew Cree First Nation members went to the polls Aug. 27 to elect a new chief and council, but the results are still up in the air.

On Sept. 3, the elections appeal committee will be meeting to decide if newly-elected chief Peter Powder and councillors Russell Kaskamin and Roxanne Dawn Marcel can keep their seats.

Why their seats are being contested and who has appealed the election results is unclear.

“At this stage (the electoral officer has) just said, ‘You can show up at the appeal and we’ll give it to you there,’” said Orlagh O’Kelly, legal counsel for Powder, Kaskamin, Marcel and Councillor Sherri Mae McKenzie.

McKenzie was elected as councillor in 2017. However, she and two other councillors were suspended in 2018 for supporting a members’ petition that called for the removal of two councillors, who allegedly didn’t live in Fort Chipewyan as required by the election code. Her win in this election is not being contested, and neither are the election of Ronnie Campbell, Lydia Courtoreille and Bonnie Fraser (Courtoreille).

Powder says he had anticipated an appeal for chief as candidate Sally Whiteknife’s name was posted on some advanced ballots as Sally Whitehead, which he pointed out to an electoral clerk immediately. He says the morning after the election, Electoral Officer Pauline Gauthier came to his home to tell him “there was an appeal on the table.” Whiteknife served on the outgoing council.

Powder said it is Gauthier’s job to ensure the names on the ballot are correct.

As for having her qualifications as a councillor challenged, Marcel said, “I really don’t know much about the appeal, because they’re really not keeping us informed.”

The band custom code sets out parameters for disqualifying a candidate, which includes promoting or aiding election corruption; owing funds to the Nation; ownership of 50 per cent or more of a company that either borrowed funds from the Nation or is a Nation-owned corporation; having been convicted of an indictable offense under the Criminal Code within five years of election day; and being under 18 years of age.

Powder says Gauthier would give him no details about the points of the appeal.

When contacted by Windspeaker.com, Gauthier said she would only discuss the appeal after the committee had made its decision. And it looks as if that decision will be made behind closed doors.

In a response to a community member who expressed interest in attending the hearing, Gauthier responded, “After serious consideration with the three members of the senate of elders – that the appeal meeting will not be opened to the general public.”

This does not sit well with Powder, who doesn’t believe the step is being taken because of COVID-19 measures.

“The appeal committee wants it closed, because they feel threatened. It sounds to me like they already know what their answer is and they’re afraid (of) the community, to get attacked by the community…. They think there’s going to be an uproar. That’s an assumption, but that’s what people are talking about,” he said.

The band’s election custom code doesn’t say the election appeal committee meeting must be open to the public.

“The one thing the code does say is that any interested party can make oral or written submissions so, to me, a (community) member would be an interested party and they should have the right to come forward and tell their side of the story if they have something relevant to say. That would probably be the only thing in the code in relation to that,” said O’Kelly.

The custom code outlines that a Notice of Appeal “in writing” must be received by the electoral officer within 14 days of the election and the affected candidates are to be notified promptly. The hearing must be held within seven days of the appeal being made.  Within three days of that hearing a decision is to be made.

The appeal committee comprises three members from the Senate of Elders and two community members chosen by the senate.

“Everything’s on hold and people are just getting frustrated…. I keep telling people be patient,” said Powder.

Until a new chief and council are in place, CEO George Poitras will continue carrying out administrative duties on behalf of the band, said Powder, as the outgoing chief and council had to resign their positions two weeks prior to Election Day.

“That’s definitely going to be an issue of contention following the decision of the appeal,” said O’Kelly.

Members of the Mikisew Cree First Nation have been on hold since April in voting for a new chief and council.  On April 22, a BCR was posted on the band’s official MCFN Facebook page saying the June 20 election was postponed until the end of September. It cited the coronavirus pandemic as the reason.

Legal action was undertaken by MCFN members Roy Vermillion and David Tuccaro challenging the postponement. Then on July 7, a Notice of Election was posted for members to go to the polls on Aug. 27.