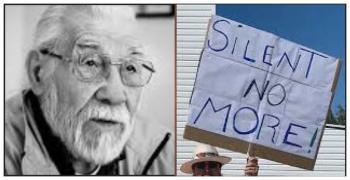 “It’s better just to make sure the election happens. With the election happening on Aug. 27, then I think discontinuing the action after is probably what will be looked at.” — Roy Vermillion
By Shari Narine
Local Journalism Initiative Reporter
Windspeaker.com

Former band councillor Rubi-Helen Shirley is as surprised as other Mikisew Cree First Nation members that they will be going to the polls to vote for a new chief and council on Aug. 27.

The post to the band’s Facebook page announcing the election date came with no explanation. It follows almost three months after another post of a Band Council Resolution delaying the June 20 election until the end of September 2020. The BCR stated the delay was due to COVID-19 concerns.

An open letter to members from the Elders Senate supported the decision to delay the election.

That legal action was joined by protests at the end of June in both Edmonton and Fort Chipewyan. Shirley says perhaps the combined action convinced Chief Archie Waquan to revisit the issue.

“That’s a puzzle. I’m not sure why they had a change of heart to do it,” she said.

Orlagh O’Kelly, legal counsel for Vermillion and Tuccaro, was readying to take the next step in the legal battle to force an election. On July 27, she was to go to federal court to set a hearing date for the matter.

“It was in the process to determine exactly when that hearing date was going to be, and we had expressed our strong preference that it be that week of July 27 just given the urgency we said the election had,” said O’Kelly.

She adds that she’s as surprised as her clients that the Aug. 27 date has been set.

“I was surprised just given how the application had proceeded thus far. We hadn’t really come to any common ground on anything, so it kind of came out of the blue for us for sure,” she said.

Mikisew Cree Nation’s custom code provides a three-year term for one chief and six councillors lasting until June 20, Treaty Day. An employee at the band office, who wished to remain unnamed, says Waquan and council are still in office. Any details, says the worker, had to come from Waquan.

Windspeaker.com’s request for a telephone interview with Waquan went unanswered.

Vermillion is not pleased that Waquan and the existing councillors are still sitting. He notes that a survey undertaken of members in June indicated that 80 per cent of those who responded were in favour of the band going into third-party management as a gap-filler between the June 20 custom election date and the election of a new chief and council. Third-party management would see Indigenous Services Canada appoint someone to manage band business.

Vermillion also says a petition calling for the removal of the chief and council, which is a legal document according to the band’s custom election code, was signed by a 164 members. To be valid it needed the signatures of 100 members.

Shirley wants a council that has “integrity and transparency” and will be filing her nomination papers by the Aug. 13 deadline.

Shirley was elected in 2017. However, in 2018, she and councillors Sherri McKenzie and Darren Mercredi were suspended for supporting a members’ petition that called for the removal of two councillors who allegedly didn’t live in Fort Chipewyan. Shirley said Waquan also sued them and six Elders from the community for $150 million.

McKenzie will be joining Shirley in running again, although Mercredi will not.

Shirley says she is unclear if the three-year term of the newly elected chief and councillors will expire June 20, 2023, or continue until Aug. 27, 2023.

As the election moves forward, O’Kelly says they will be suspending their court action.

“The urgency has been reduced in that sense by the calling of the election. So we will, if necessary, revisit this issue after the election on Aug. 27.  It’s not being discontinued … It’s being put on pause until an election is held,” she said.

As far as Vermillion is concerned, it’s “too early” to end legal action.

Chief and council’s unilateral decision to postpone the election was only one part of the legal action. Indigenous Services Canada was also being challenged for regulations it brought in during COVID-19 allowing First Nations to cancel or postpone elections.

“The federal government didn’t have jurisdiction to pass regulations that effectively gave the chief and council discretion to override the mandatory provisions of their custom code that are member-approved,” said O'Kelly.

“We were challenging the federal regulation, but because that wasn’t an urgent issue for my clients, that was put on hold for now.”

Precautions will be taken to ensure health and safety measures at the polls held in Fort Chipewyan, Fort McMurray, High Level, Edmonton and Fort Smith, NWT.  Mikisew Cree First Nation has 3,195 members with only 174 living on-reserve.

Editor's Note: An earlier version of this article misidentified Roy Vermillion with an incorrect first name.