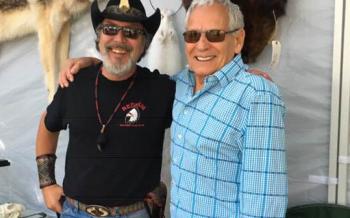 “Only people muddying the waters are people who take them seriously.” — John Weinstein, senior policy advisor for the Metis National Council
By Shari Narine
Windspeaker.com Contributor

The Metis Federation of Canada wants to be recognized by the federal government as a voice for Section 35 Metis.

“The group that I’m representing and taking forward are a group that are provably Metis that’s as large or larger than the (Metis National Council),” said Charlie Fife, who was elected in March by Metis Federation members to head the organization as interim president.

Fife used to have citizenship with the Metis National Council (MNC), but reclaimed his documentation as he felt MNC was not adequately representing him. He also says the MNC doesn’t go far enough in recognizing people who are Metis. While some of Fife’s bloodlines connect to the Red River – one of MNC’s touchpoints for Metis ancestry, along with the Saskatchewan Valley—he also has bloodlines that do not connect to the Red River.

“Metis is wider than (MNC’s) description… We’re all the same,” he said.

Last November, the MNC released a map outlining a Metis homeland stretching from northeastern British Columbia into a portion of the Northwest Territories and then east across the Prairie provinces in their entirety to a small section in western Ontario, plus some of the northern United States. 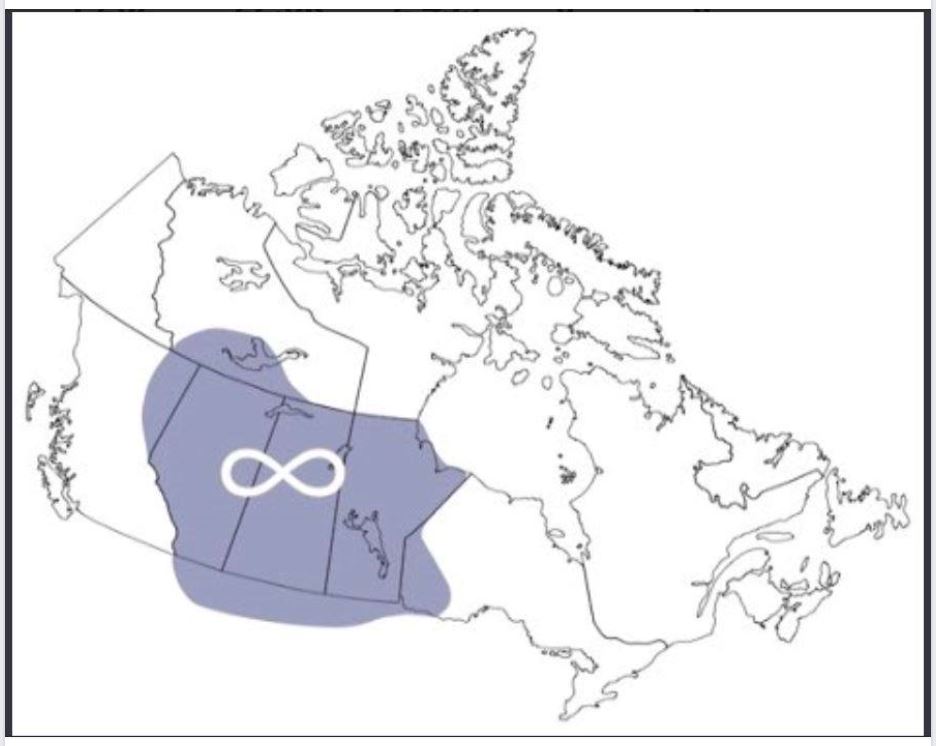 That database had thousands of historical records from the 1901 census, Manitoba land entitlements around the Red River and part of the northwest scrip, a certificate that entitled the holder to a certain allotment of public lands.

Although the database went down three years ago, Fife says MFC downloaded it in its entirety and will use it to expand MFC numbers.

MFC was formed four months before the Supreme Court of Canada (SCOC) heard the Daniels appeal in 2015.

“We were intervener in that case to … try and expand Metis rights,” said Fife.

“You have all kinds of frivolous groups who can get intervener status. As long as you have a point of view that hasn’t been covered elsewhere and the court finds may be of interest, they’ll admit it, but that’s not any comment on the part of the court whether the groups raising it have any legitimacy whatsoever,” he said.

MNC was also granted intervener status, both at the Federal Court of Appeal and the SCOC levels. The Daniels case focused on whether Metis and non-Status Indians had rights as Aboriginal people under Section 35 of the Constitution. The SCOC decision declared that they both did and that they fell under federal jurisdiction.

Weinstein points out that the MNC had already adopted its Metis citizenship criteria before the Supreme Court “weighed in.”  MNC Metis citizenship is based on a person descending from a historic Metis community and not on having mixed ancestry.

Weinstein, who says he has never heard of the MFC, lumps the organization in with “phony Metis groups” in Atlantic Canada and Quebec who have tried and failed 32 times to win court cases giving themselves Section 35 rights as Metis.

“They don’t represent the historic Metis Nation that’s recognized through the Metis National Council and its governing members, both by the government and the courts,” said Weinstein.

Those governing members have registries with tens of thousands of names, he said.

‘That’s why the government of Canada, in terms of the budget and stuff like that, deals with the historic Metis Nation. Otherwise it would be dealing with, what?, ten million people who can come forward with some Aboriginal ancestry,” said Weinstein.

As far as Weinstein is concerned, adding MFC to the mix of organizations that want to speak for Metis does not muddy the waters.

“Only people muddying the waters are people who take them seriously,” he said.

But MFC will be taken seriously, says Fife, who is clear that his organization should not be lumped in with the groups in eastern Canada that have lost all their court cases.

“I’m going to take my group of defendable S.35 and I’m going to have my face-to-face with the government,” he said. “We’ll be relevant. Just sit back and watch. We’ll have our voice.”