Indigenous Works part of an effort to shock-proof economies 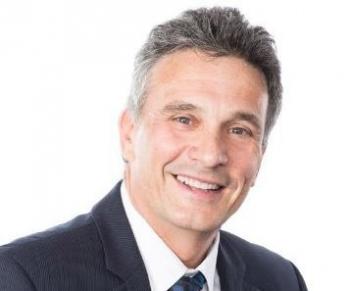 “We’re shock proofing the economy in the sense that we’re preparing our communities and companies to be viable, to be innovative, to grow and that’s what’s going to stimulate jobs.” —Indigenous Works CEO Kelly Lendsay
By Shari Narine
Windspeaker.com Contributor

Indigenous Works CEO Kelly Lendsay is as grateful for funds recently received from Future Skills Canada (FSC) as much as he is about partnering with FSC because the organization has “excellent networks, agencies and institutions.”

Indigenous Works was one of  33 Indigenous-targeted projects to receive a total of $17.7 million in funding announced last week by FSC to “explore ways that evolving or emerging sectors and technologies can support workers displaced from socio-economic shocks as well as strengthening the economy of tomorrow.”

FSC refers to it as “shock-proofing,” a term Lendsay can get behind.

“Shock-proofing to me means anticipating destruction. There are shocks in the economy. COVID is a shock. Oil shocks. Oil pricing is a shock. Climate change can be a shock…Indigenous people have been in a state of shock for 100 years. Our communities, many of them are still in such dismal conditions they are seeking a better community well-being. It is about education, jobs, and business growth. To me, shock-proofing is, how do you prepare, build and adopt a culture of innovation,” said Lendsay.

This is where Luminary, Indigenous Work’s newest program, fits in. The “thrust and focus” of the program, which has been under development for the past four or five years, has a research and innovation agenda.

The $195,360 in funding received from FSC is about half of what’s needed for Luminary’s one-year planning phase, which will see 140 partners from across Canada work together to transform the Indigenous economy by closing the innovation gap and advancing Indigenous research, says Lendsay.

The need for such action became clear in 2017 when a survey undertaken by Indigenous Works showed that 85 per cent of Canada’s medium and large corporations had no engagement practises, strategies or partnerships with Indigenous peoples. While the resource sector regularly worked with Indigenous communities, the survey found that wasn’t the case in the hospitality, retail, IT, or advanced manufacturing sectors.

In 2019, Lendsay worked with about 500 Canadians to look at the academic community and determined there was also a corporate-academic Indigenous gap. It turned out that companies were not engaging academia or research companies to deal with the issues facing many First Nations such as poor drinking water and overcrowded housing.

It’s all about Indigenous communities identifying their economic and business priorities and building the networks of people, academia, Indigenous businesses and community partners to find innovative ways to meet those needs, says Lendsay.

“We are now putting a plan and strategy together and this could have some of the most meaningful impact in our communities for the next decade to come,” said Lendsay.

“We’re shock proofing the economy in the sense that we’re preparing our communities and companies to be viable, to be innovative, to grow and that’s what’s going to stimulate jobs.”

Lendsay has been heading the organization, headquartered in Saskatoon, since 1998 when it was initially known as the Aboriginal Human Resource Council, with a focus on workplace inclusion, strategies and systems. AHRC formed as a recommendation from the 1996 Royal Commission on Aboriginal Peoples. The name was changed to Indigenous Works in 2016 to recognize the additional focus of “look(ing) at the competency needed to form effective corporate and business Indigenous partnerships.”

The FSC funding announced last week will support a wide variety of Indigenous-focused projects right across the country. Funding ranged from $115,000 to $1.3 million per project.

A fisheries partnership for economic and environmental development in the north, which is a partnership between Ocean Wise, Arctic communities and Nunavut-based fisheries organizations, received just under $1 million. The aim of the partnership is to future-proof small Arctic fisheries by ensuring their locally harvested products are available across Canada.

The Two-Eyed Seeing Network, which will operate in partnership with the Construction Foundation of British Columbia, received $796,000. This network aims to bridge the gaps between Indigenous youth and industry in BC by removing barriers and reducing impacts to interruptions like COVID-19.

“The shock-proofing projects really explore new approaches to skills training. That’s what we’re trying to do. We’re trying to look at new technologies, new business models and what training methods are really effective for specific groups like Indigenous, remote and northern communities. These projects, as we encourage, as they come to life can become real lasting innovations that will change the way we understand the future of work and how we need to reskill and upskill,” said FSC executive director Pedro Barata.