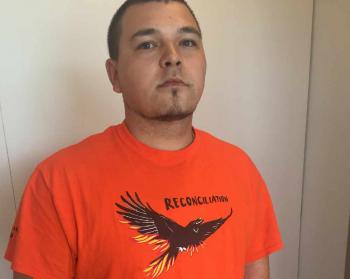 Edwin (Fabian) Frommelt no longer works at the View Royal location of Quality Foods, but his act of courage last year started the Vancouver Island grocery chain on a journey of reconciliation.

Read the rest of the story here: 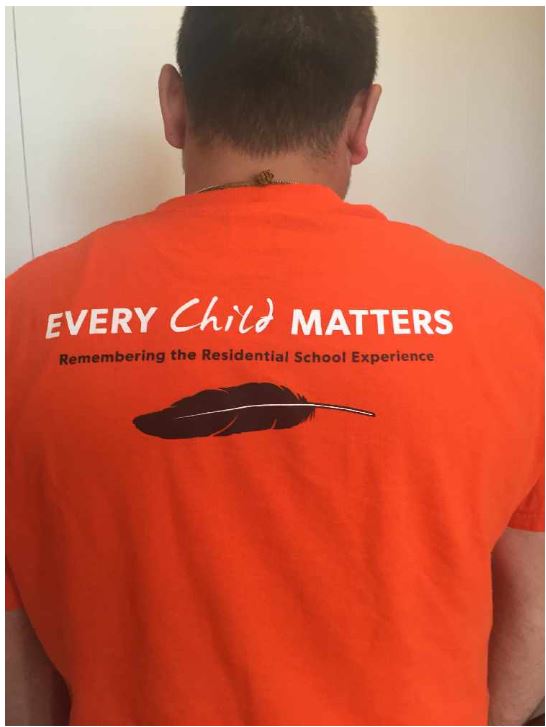 A Quality Foods employee in Victoria, B.C. was sent home from work Sept. 30 because he wore an orange shirt to honor residential school survivors.

When Edwin Frommelt turned up for his shift as produce clerk at the Quality Foods View Royal wearing an orange shirt with his black dress pants his assistant manager told him to change back into his uniform—a collared shirt with tie —or go home.

Despite a second conversation with his assistant manager and a 10-minute telephone discussion that Frommelt initiated with Human Resources at the company’s head office, Frommelt got the phone call from the store’s manager to change or go home. Because he didn’t have his uniform with him, he had to go home.

“I felt quite disgusted with how they were handling the situation,” said Frommelt.

He had to collect change for the bus from customer services and that’s where Frommelt received overwhelming support from a customer wearing her own orange shirt.

The woman, who appeared to be non-Indigenous, knew about Orange Shirt Day, even if Quality Foods didn’t, despite the fact that Orange Shirt day was born in B.C.

The customer and her husband had been waiting to speak to the assistant manager, but after hearing Frommelt was being sent home for being out of uniform, they left the store.

“That definitely felt a lot better than the way I was treated by the actual work place by the employees, and I actually felt really good and quite supported by (her),” he said.

Frommelt had explained to HR that despite a store policy for wearing the uniform there were days when employees turned up in pink shirts, as a nod to anti-bullying day, wore Hallowe’en costumes for a full week, and dressed in blue jeans on wear-jeans-to-work day. But Frommelt wasn’t allowed to break from the uniform dress code.

Fommelt wants his work place to change its stand.

Orange Shirt Day began in Williams Lake, B.C. in 2013 at the St. Joseph Mission residential school commemoration event. It has since spread across the country with schools and communities commemorating the event.

Frommelt is Cree from the Peguis tribe. While he has no family that went to residential school, his wife’s grandmother attended.

Frommelt said it’s important that Orange Shirt Day be recognized. His shirt has “Reconciliation” written in the front and “Every Child Matters” written above a feather on the back.

“It’s quite important to me so my children know what happened and the upbringing and I guess the history our people have gone through,” he said.  “And that they have the right to be recognized as people now.”

Frommelt has been working for just over a year at Quality Foods. On Sept 30, 2017, he wasn’t on shift, but says he wore an orange shirt.

Whether he remains working at Quality Foods is still uncertain, although he says he plans to continue to publicize what happened.

“He doesn’t want to be bullied by a corporation, however, if an apology or amends are not attempted to be made then that will change his decision,” said wife Amanda Lynn Delorme.

The response has ranged from a boycott of Quality Foods to support of management, while encouraging steps be taken so the store marks Orange Shirt Day in 2019.

See our update on this story here: https://windspeaker.com/index.php/news/windspeaker-news/quality-foods-provides-a-qualified-apology-to-employee-sent-home-for-wearing-orange-shirt