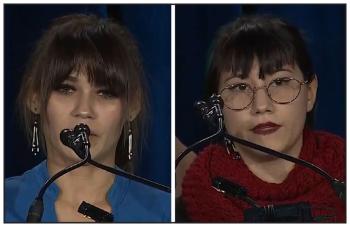 Each taking their turn at the podium and speaking with strength about anger, grief and compassion, the two eldest daughters of slain Indigenous woman Morgan Harris addressed chiefs yesterday at the Special Chiefs Assembly in Ottawa.

“I’m sad for the reasons that I have to come here,” said Cambria Harris, 21. “It pains me to say this week has probably been one of the hardest for us Indigenous peoples and I’m very sad. This horrific situation has shaken us as a nation and angered Indigenous people and strangers worldwide.”

Skibicki was charged in May with first-degree murder in the death of Rebecca Contois, 24.

Police also charged Skibicki in the deaths of Marcedes Myran, 26 and a third unidentified woman, who has been given the name of Buffalo Woman – Mashkode Bizhiki’ikwe.

All four women were living in Winnipeg.

Harris and Myran are from Long Plain First Nation, Man.

Police also said that the remains of Harris and Myran are believed to be in Prairie Green Landfill, a private landfill site located north of Winnipeg. Police said it would not be feasible to conduct a search of the landfill site.

“We are beginning to understand that the likelihood of finding these remains is not an easy task and it will require plenty of hard work and supports,” said Kera Harris, the second eldest of Morgan’s four children.

“And if we cannot find them then we can move forward and deliver these women justice and honour by deciding to shut down the landfill and giving these women a proper memorial. We can give them a home, a proper resting place.”

If a proper burial is not possible, said Kera, “We should turn this landfill into a memorial where they can rest in peace. Turn it into a place they will not be forgotten. And If we cannot, then we should put something equally important in place for them. We are not meant to be forgotten. We are sacred.”

Long Plain First Nation Chief Kyra Wilson, standing with the sisters, said that they would not be held back if the police remain unwilling to search the landfill.

“I will be calling on other leadership and other First Nation communities to help us conduct these searches of these landfills. I am looking into what that will look like for these searches. I don’t know how much it’s going to cost. I don’t know what the plan is going to look like but we are going to do it. And that is something I am promising you today,” said Wilson.

In a press statement released Dec. 8, Wilson and Assembly of Manitoba Chiefs jointly called for the resignation of Winnipeg police chief Danny Smyth, for refusing to search the Prairie Green Landfill for the remains of the two women.

The chief, who said “my heart and my spirit is just really sad,” recognized Cambria and Kera for their strength.

The young women both spoke about how the system had failed their mother.

They also talked about living in fear, worried about becoming another missing and murdered Indigenous woman.

“I wish that our women wouldn’t have to go through this. I wish we didn’t have to fear for safety even when just going out for a walk,” said Kera.

Said Cambria of her mother, “She had to live in fear, hiding from sirens, people and constantly living in fear of the dangers that lurked around the night…She lived in fear. And she left this earth in fear.”

Cambria and Kera and other members of the family were recognized in a blanket ceremony carried out by Doris Anderson, vice chair of the AFN’s women council, and knowledge keeper Dr. Gwen Point.

In the evening, Cambria’s words were shared by Winnipeg Centre NDP MP Leah Gazan in the House of Commons.

“It’s time to listen to what families and survivors want,” said Gazan. “They have the way forward.”

Liberal MP Kevin Lamoureux, government leader in the House of Commons, said Cambria’s words “sent a very powerful message.” He asked Gazan what could be done to address the lack of safety in the urban centres.

“It seems to be it’s been very challenging for governments of all levels to actually get to the core and try to stop the murders that are taking place,” said Lamoureux.

“I don’t think it’s difficult. There are 231 Calls for Justice that clearly lay out a plan forward,” said Gazan. “We need monies invested now to make sure we can heed those calls.”

Gazan is one of 10 Indigenous MPs in the House.

“This is not difficult. In what world do we want to live in that we have to beg?” asked Gazan.

“I do wonder if this would be a bit different if it wasn’t Indigenous women. Would we be treating it differently? We’ll never know that,” said Raquel Dancho, Conservative MP, whose riding of Kildonan-St. Paul, west of Winnipeg, includes the Prairie Green Landfill site.

“I do believe we should be putting every effort we can into finding them or at least honouring where they lay. That’s where they’re going to be far all eternity. Should we not honour that space?” she said.

Dancho, who is non-Indigenous, committed to reaching out to the West St. Paul city council to see what could be done. She also committed to familiarizing herself more with the 231 Calls for Justice that came from the National Inquiry into Missing and Murdered Indigenous Women and Girls. 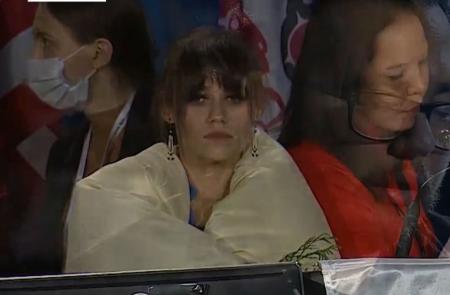 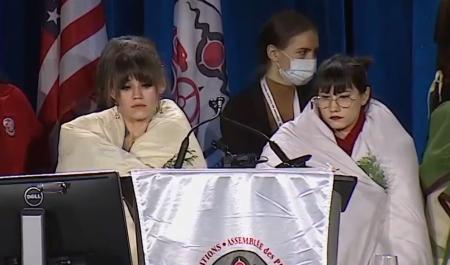 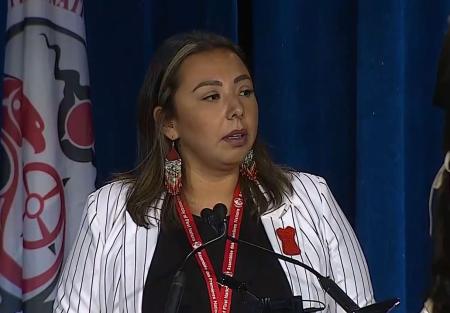 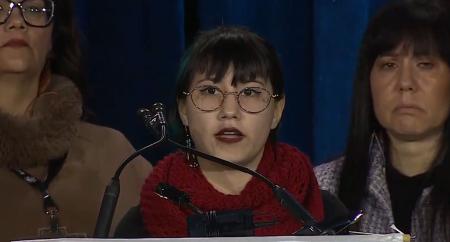 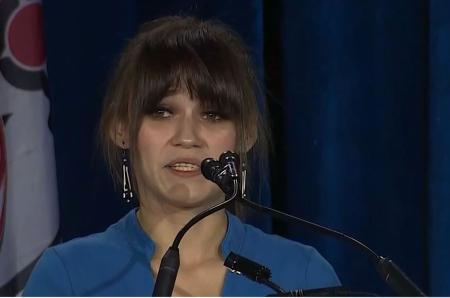 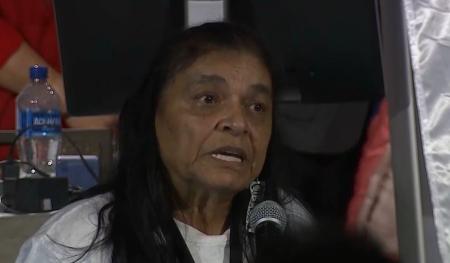