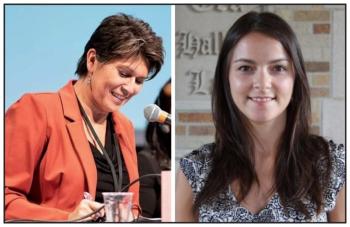 “The publicity of the identity and personal information concerning the plaintiffs here would significantly undermine the dignity and psychological integrity of the plaintiffs.” — from a motion filed to the Quebec Superior Court asking for the plaintiffs to go by pseudonyms
By Shari Narine
Local Journalism Initiative Reporter
Windspeaker.com

Twelve Atikamekw women are taking legal action against the regional health authority that operates Joliette hospital in Quebec and three physicians. They are claiming sterilization without having given consent.

The class action lawsuit will be before the Superior Court of Quebec in May 2023 for certification.

Legal action is restricted to the single health authority because health services in Quebec must be sued individually.

The Joliette hospital is the same hospital that Joyce Echaquan, also an Atikamekw woman, died in in 2020. Echaquan streamed on Facebook the appalling racism she endured as she was mocked and insulted by female staff. A coroner’s inquest urged the Quebec government to recognize the existence of systemic racism and to make changes.

“The women who contacted us were all Atikamekw. Indigenous women who go to Joliette hospital are mainly Atikamekw,” said Lemay Langlois.

Last month, a report released by the First Nations of Quebec and Labrador Health and Social Services Commission (FNQLHSSC) and the Université du Québec en Abitibi-Témiscamingue (UQAT) indicated that as many as 55 First Nations and Inuit women had suffered forced sterilization in hospitals in Quebec. The last case was in 2019.

Free and Informed consent: Imposed sterilizations among First Nations and Inuit Women in Quebec was released Nov. 24 after being presented at the chiefs table of the Assembly of First Nations Quebec and Labrador.

“We were invited to certain communities to meet in person with the women. The meetings were cancelled at the last minute several times (because of COVID precautions),” said Basile.

Collection of data began in May 2021 when the coronavirus pandemic was still strong and many First Nations had closed their communities to outsiders in order to control the spread of the pandemic.

Basile expects that number of 55 to climb higher as a second phase to the study has been recommended.

“Some women will probably speak out after the report has been released, for some people we don’t have contact with so far,” she said, pointing out she has already heard from “a few” women who were not part of the study.

The report states that the findings are an indication of “the presence of systemic racism.”

“Our report is just one more on the top of a few other ones that said exactly the same thing for other reasons,” said Basile, who points to the findings of the Viens Commission. That 2019 report addressed lack of safety felt by First Nations and Inuit women while in the public healthcare system.

Basile said the women who participated in the Imposed Sterilizations study were made aware of the legal action being undertaken by Dionne Schulze.

“It’s a choice of women to join this class action and I’m happy if they define their healing through that process,” said Basile.

On Oct. 19, an amended motion was filed with the Quebec Superior Court requesting that the women who take part in the class action be referred to by pseudonyms and that orders be sealed.

“The Plaintiffs' desire to keep this most intimate part of their private life secret is more than understandable and is a common sentiment among survivors of similar violence. The publicity of the identity and personal information concerning the plaintiffs here would significantly undermine the dignity and psychological integrity of the plaintiffs,” reads the action.

The three gynecologists-obstetricians accused allegedly “violated the physical and psychological integrity of the Plaintiffs and the other members of the group, as well as their dignity, contravening their fundamental rights,” reads the lawsuit.

The action further states, “The CISSS de Lanaudière has an obligation to monitor the professional quality of the care given to the patients who visit the establishment (and)… must thus ensure that all patients are safe and that they receive adequate care within its establishment, regardless of their gender, national or ethnic origin and social condition.”

The action also contends that nurses and other employees in the birthing unit, by “their silence and their inaction” were “complicit in the abuses committed against the members of the group and ensured that they continued, violating their ethical obligations.”

The representative plaintiffs are referred to as UT and MX.

UT gave birth five times at Joliette hospital. She had two natural deliveries and three caesareans. She believed she was pregnant again, but learned that she had undergone sterilization during her last caesarean delivery.

MS had four natural deliveries and one caesarean delivery. She underwent sterilization surgery, without consent, she contends, after the birth of her last child.

The action states that “among the serious discriminatory practices at the CISSS de Lanaudière, there is a widespread phenomenon of sterilizations undergone by Atikamekw women without their consent or without this consent being free and informed.”

The class action also includes the family members of the women who underwent forced sterilization.

Women who had the sterilization procedures done without their consent dating back to January 1972 are eligible to be part of the class action.

The certification hearing is scheduled for May 10 and 11, 2023. Lemay Langlois anticipates it will take a few months for the judge to render a decision.

If the class action is not certified, the women will have the right to file individual lawsuits, she said.

Presently, one other class action lawsuit is currently in the certification stage to compensate several women in Saskatchewan and Manitoba who were subjected to forced or coerced sterilization.

Free and Informed consent: Imposed sterilizations among First Nations and Inuit Women in Quebec was undertaken two years after the Quebec government refused to participate in the federal working group on forced sterilization of Indigenous women in Canada.

Basile said FNQLHSSC and AFNQL will be monitoring the movement on the recommendations.