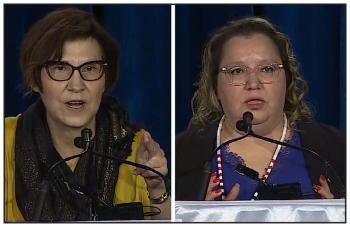 “I am not interested in a deal that only remedies discrimination against First Nations kids for five years. We have to nail down a solution that stops at discrimination going forward forever.” — Cindy Blackstock, executive director of the First Nations Child and Family Caring Society
By Shari Narine
Local Journalism Initiative Reporter
Windspeaker.com

Chiefs battled through disagreements during the three-day Special Chiefs Assembly in Ottawa Dec. 6 to Dec. 8 to do right by their children.

Despite the dissension that started the process, chiefs gave their full support to one resolution that called for Canada to “immediately pay the compensation to all victims of Canada’s discrimination” in child welfare, as well as a second resolution pushing Canada to increase its funding commitment of nearly $20 billion over five years and beyond for “substantive” long-term reform.

Earlier this year, Canada and the Assembly of First Nations negotiated a $40 billion settlement which set aside $20 billion for individual compensation and $20 billion for long-term reform. The agreement was the result of a 2016 ruling from the Canadian Human Rights Tribunal that found Canada had underfunded services for children and their families living on reserve.

However, in October, the tribunal said the final settlement agreement reached between the two parties fell short of compensating all the children the tribunal had identified.

Leading up to the chiefs’ assembly, there were resolutions put forward to address the issues, but those resolutions contradicted each other.

Those contradictory views made their way to the assembly floor Wednesday when chiefs questioned the participants chosen for a panel set up on stage to discuss the compensation and long-term reform of the First Nations Child and Family Services (FNCFS) program and Jordan’s Principle.

The panel did not include Cindy Blackstock, executive director of the First Nations Child and Family Caring Society. Although Blackstock had been a major player in bringing forward the human rights complaint of the chronic underfunding of services, she was not included in the negotiations that took place between Canada and the AFN. She also spoke out against that settlement agreement, siding with the tribunal for not accepting it. Her stand was unpopular with a number of chiefs.

Kukpi7 Judy Wilson of the Neskonlith Indian Band, seconder of two of the four resolutions dealing with the issue, stressed the need to include Blackstock as part of the panel because she could provide the “clarity” needed.

“We’re talking about our kids and putting our families back together,” said Manitoba Regional Chief Cindy Woodhouse, who led the negotiations with Canada on behalf of the AFN.

Woodhouse invited Blackstock to participate in the panel.

However, it was clear that lines were still drawn.

Blackstock reiterated her view that the AFN-negotiated settlement disentitled some victims.

She also pushed for more commitment from Canada in the long-term reform funding.

“I am not interested in a deal that only remedies discrimination against First Nations kids for five years. We have to nail down a solution that stops at discrimination going forward forever,” said Blackstock.

Diane Corbiere, legal counsel hired by AFN, said it was a “false narrative” that AFN had abandoned any children. She said Woodhouse was in negotiations with the prime minister and ministers right now to “salvage the agreement.”

In the end, it was the mediation work of Murray Sinclair, former senator and former chair of the Truth and Reconciliation Commission on the legacy of Indian residential schools, that was credited for the two resolutions coming forward and getting full support from the chiefs.

Sinclair worked with the AFN, the Caring Society, the technicians and the lawyer advisors.

She referred to the combined resolutions as a “strong consensus document.”

Chiefs agreed to extend the session Wednesday night to vote on the first combined resolution, which in part supports the payment of compensation for all survivors and victims of the federal government’s discriminatory funding of the First Nations Child and Family Services (FNCFS) program and the narrow application of Jordan’s Principle.

The following day another combined resolution was presented mandating the parameters needed for a final settlement agreement on long-term reforms to the FNCFS program and Jordan’s Principle. The resolution directs the AFN to press Canada to increase funding commitments above the currently allocated $19.087 billion, over five years and beyond, in keeping with the principles of sovereignty, inherent jurisdiction, and nation building.

Both resolutions were passed with little discussion.

“I see nothing but love and everybody coming together for our children,” said Kevin Hart, proxy for Chief Oliver Owens, Little Grand Rapids First Nation. “This is very historic because it’s for our kids.”

“Now we look to Canada to do what’s necessary to fulfill these requirements for providing adequate and rapid compensation and work with First Nations communities to reform the system so that families are no longer torn apart,” said Woodhouse in a statement issued by the AFN Dec. 9.

“We as First Nations are clearly focused on the best interests of our children and families that give them the full dignity they deserve, and we’re ready to resolve these issues. It’s time for Canada to come back to the table with us,” she said. 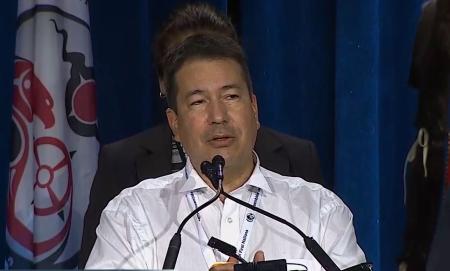 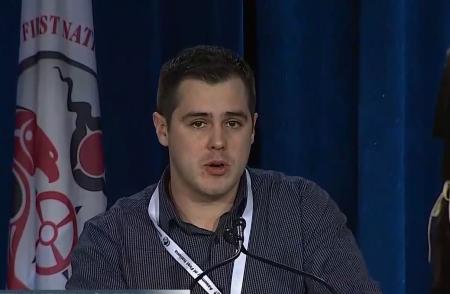 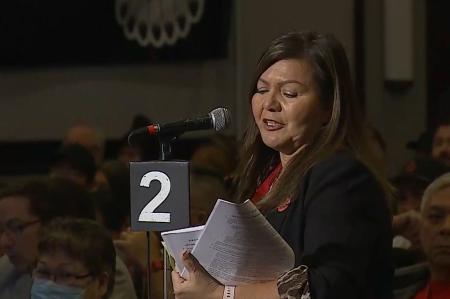 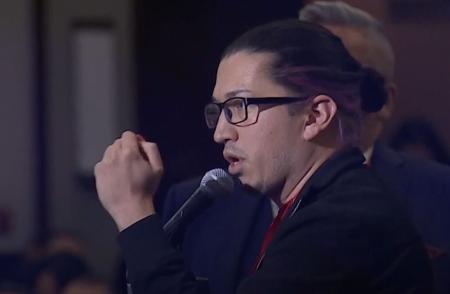 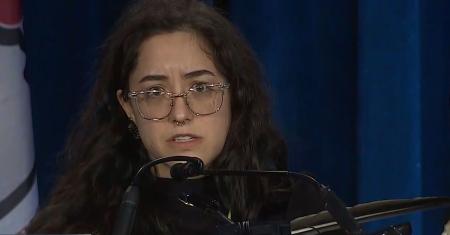 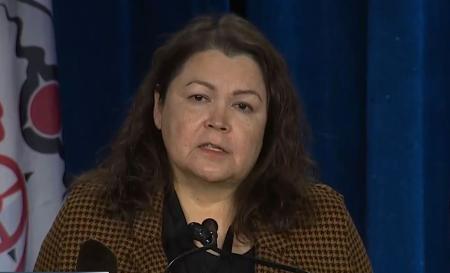 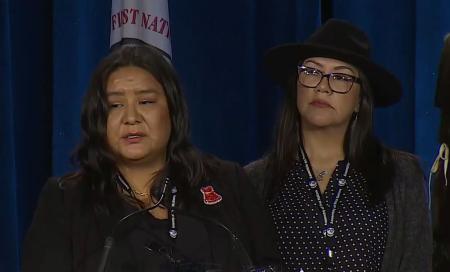 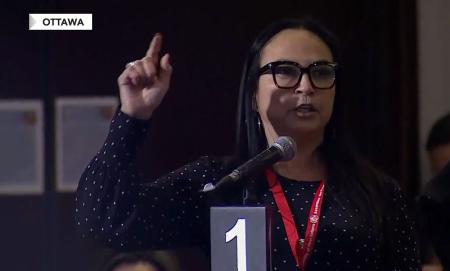 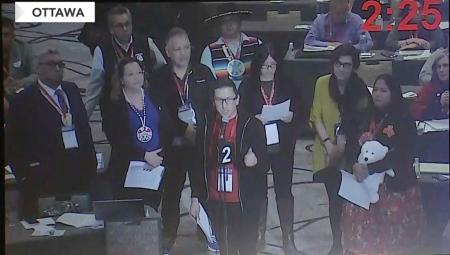