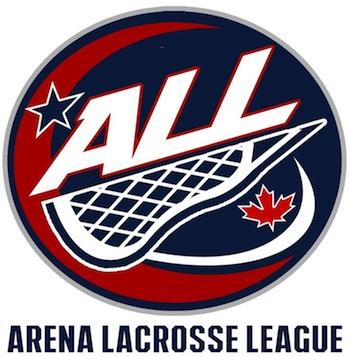 A Native community that is a lacrosse hotbed will have a team to support in its own backyard this winter after all. It appeared Six Nations would be without a squad when the six-squad professional Canadian Lacrosse League, more commonly known as CLAX, ceased operations this summer after five seasons of action.

The Ontario-based circuit included the Ohsweken Demons, but plans for a new loop, dubbed the Arena Lacrosse League (ALL), have been announced. And the new league will also feature six entrants, including the Six Nations Snipers. Also taking part in the inaugural ALL season, which begins on Jan. 7, will be the Oshawa Outlaws, Paris River Wolves, Peterborough Timbermen, St. Catharines ShockWave and Toronto Monarchs.

Unlike CLAX, which was a pro league, the ALL is considered an amateur one. That’s because instead of players being paid, they will actually have to fork over a $300 registration fee in order to take part.

One of the appeals of the ALL is that organizers have been in contact with representatives from the National Lacrosse League (NLL), a pro nine-team league with franchises in Canada and the U.S. The NLL is the world’s top pro box lacrosse loop.

ALL officials are hoping its league thrives and becomes not only affiliated but serves as a feeder system to the NLL.

Jake Henhawk, who will serve as the Snipers’ general manager, believes the ALL will still be able to attract some top talent even though players will be forced to dig into their own pockets to take part.

“When push comes to shove, the guys just want to play,” he said.

Henhawk believes the ALL clubs will primarily be stocked this coming season with athletes who play Senior B and Junior A during the spring and summer months.

Many of those who compete in the higher calibre Senior A league in Ontario will be suiting up for NLL squads. ALL teams will be nabbing their share of players for their rosters this Sunday at a draft to be held in Ajax, Ont.

Clubs are allowed to choose eight territorial players from their community and surrounding areas. And then on Sunday, team reps will draft additional players from those who have registered to play in the league. Separate drafts will also be held on Sunday to select former CLAX players, as well as NLL draftees. Henhawk took on the Snipers’ GM role even though he’s already working with a couple of other clubs during the year.

He’s heading into his fourth season as the GM of the Six Nations Arrows, a Junior A team. The Arrows captured the Minto Cup, the Canadian Junior A crown, in 2014 and ’15.

And Henhawk is also beginning his second season as a scout for the NLL’s Vancouver Stealth.

Henhawk believes NLL officials will be looking to see how the ALL develops before jumping into any sort of affiliation agreement.

“They want this league to work out,” Henhawk said of NLL reps.

Henhawk said NLL clubs will want players to be able to step into their lineups when they encounter injury problems.

“They don’t want to be pulling a guy off a couch who hasn’t been playing,” he said.

Stew Monture, who will be the Snipers’ head coach, agrees players will be keen to suit up for ALL clubs so they can stay in game shape during the winter months.

“There’s not really a lot of places for them to go other than a gym,” said Monture, who is also heading into his fifth season as the head coach of the Six Nation Rivermen, a Senior B squad.

The Rivermen won the Presidents Cup, the national Senior B crown in 2015.

Prior to joining the Rivermen, Monture had won three Canadian Junior B titles, serving as the head coach of the Six Nations Rebels.

Monture is hoping to name his assistant coaches in the near future. Ideally, he’d like to add at least an offensive and a defensive coach.

“But the more the merrier,” he said of his coaching staff. “Four heads are better than one.”

Clubs will play a 14-game schedule. The regular season will run until April 1 and all matches will be staged on Saturdays.

Not all clubs, however, will be playing in their home community as the league will be staging numerous doubleheaders and some tripleheaders at the same venue on the same day.

The Snipers will play the majority of their matches at home, at their Iroquois Lacrosse Arena.

The two other main facilities for ALL games will be the Syl Apps Community Centre in Paris and Oshawa’s Tribute Communities Centre.

A few contests will also be held at Peterborough’s Memorial Centre.