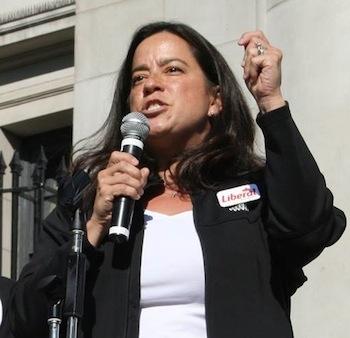 Bureaucracy is to blame for the hold-up in the delivery of Prime Minister Justin Trudeau’s promises, says Assembly of First Nations National Chief Perry Bellegarde. Justice Minister Jody Wilson-Raybould’s shortfalls are not so easily dismissed.

Bellegarde, along with other Indigenous leaders, were pleased when Trudeau announced a Cabinet with Indigenous representation, but the honeymoon is over.

The Justice minister recently came under fire when she told an AFN Chiefs’ Assembly that the United Nations Declaration on the Rights of Indigenous Peoples was “unworkable” under Canadian law.

Bellegarde says he and the rest of the chiefs were stunned.

Bellegarde says he is unclear on whether the stand taken by Wilson-Raybould is her own or indicative of the government. He points to Trudeau’s insistence that a renewed relationship between Canadian people and Indigenous peoples is a priority.

Adopting the UN declaration “breathe(s) life into reconciliation,” said Bellegarde. It also serves as a framework for both federal and provincial governments to deliver on Indigenous rights. He is seeking clarification from Wilson-Raybould.

As for the slow roll-out of the $8.4 billion allocated in the Liberal’s first budget to improve services for Indigenous peoples, Bellegarde blames the bureaucrats.

“The same way of doing business is just not working and that’s the frustration in the communities.”

That doesn’t mean new schools and water treatment plant aren’t being delivered. Indigenous and Northern Affairs Minister Carolyn Bennett was in northern Ontario Oct. 12 doing just that. Bellegarde said, however, enough resources have not made it to First Nation communities and the first fiscal year is coming to an end.

He said the federal government must ante up the $150 million shortfall the Canadian Human Rights Tribunal says Canada should be delivering to children and family services on reserves.

Saying the inability to meet the CHRT’s ruling is “very clearly the government’s fault.” Bellegarde said “I think there’s a great opportunity for that issue to finally be addressed in the second budget coming out April 1 (2017).”