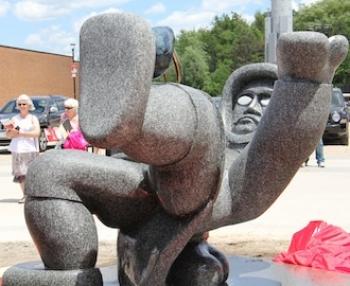 A sculpture of an Inuit soccer player with silver eyes and holding a bronze walrus skull for a ball was unveiled National Aboriginal Day at York Lions Stadium in Toronto.

A sculpture of an Inuit soccer player with silver eyes and holding a bronze walrus skull for a ball was unveiled National Aboriginal Day at York Lions Stadium in Toronto. The soccer player was carved out of a 26-tonne rock, is poised in an Alaskan high-kick position, and is meant to be inspiration to athletes and spectators who will attend the North American Indigenous Games at York University next summer.

“It is wonderful to have the opportunity, on National Aboriginal Day, to celebrate Indigenous and Inuit culture in two such visible and powerful ways on our campus: by honoring Jeannette Corbiere Lavell with an honorary degree, and by unveiling this remarkable Inuit sculpture,” said Mamdouh Shoukri, president and vice-chancellor of York University.

“In a multicultural city such as Toronto, this sculpture will create opportunities for dialogue about Inuit art and culture – and we at York are delighted to be part of this important conversation.”

“Working with the artists over this past year on the creation of Ahqahizu has been an exceptional realization of this celebration, and a deep intercultural learning opportunity. It has opened our campus to increased Indigenization of university education.”

Kuzy, who has worked on the project since inception said, “We had to be very patient while carving to get the right balance when working on the motion of the bicycle kick, like floating in the air. This is a great example for Inuit people that we can accomplish anything if we are determined.”

Iqaluit, Nunavut-based Mathew Nuqingaq’s traditional drumming opened a ceremonial event to unveil the sculpture.  A highlight of the event was a performance by Inuk musician Susan Aglukark, who received the prestigious Governor General’s Performing Arts Award just over a week ago. Traditional food served in a traditional manner was also part of the celebration. 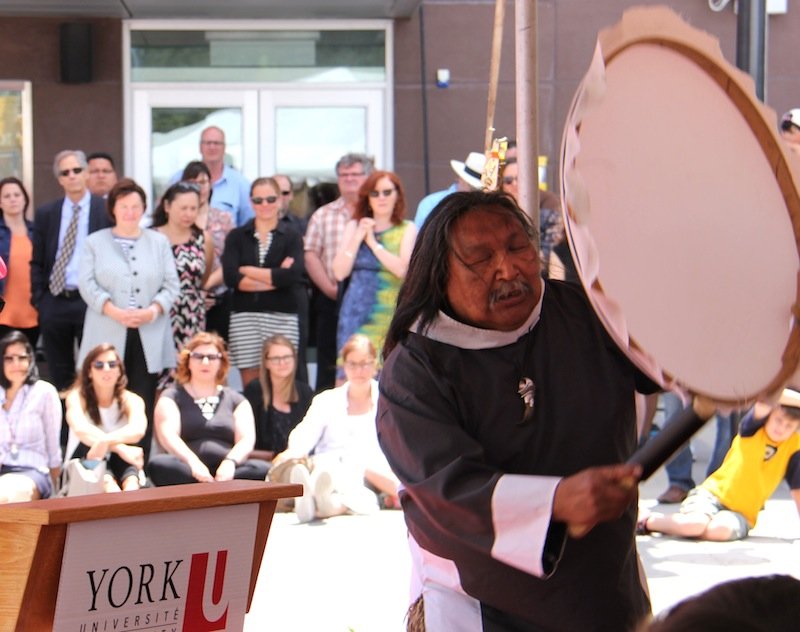 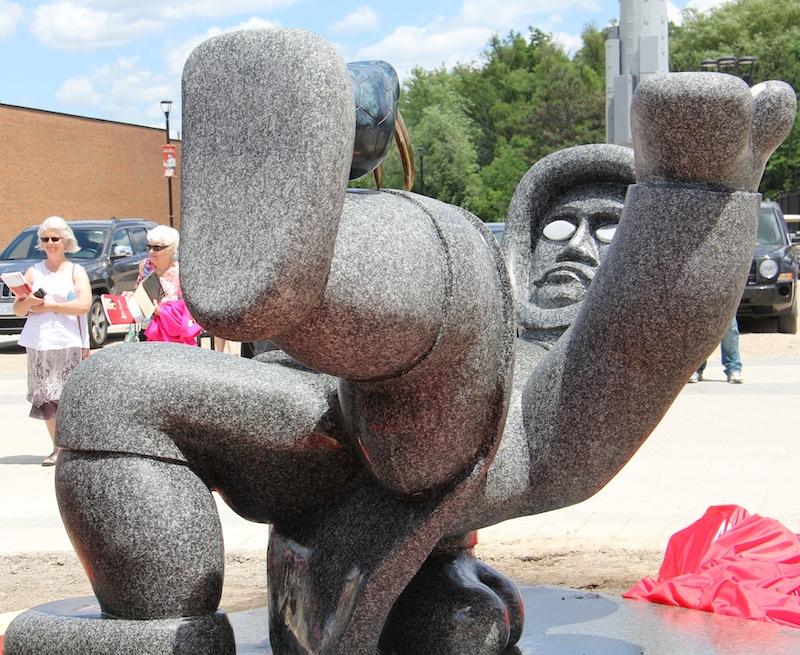