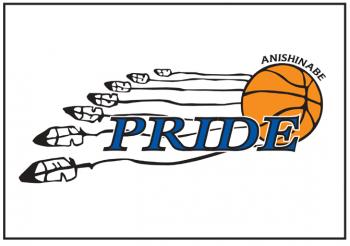 “Basketball has given me a lot in my life. It means a great deal to me to be able to provide these guys space and these leagues to play for.” —Keith Mason, a coach and member of Fisher River Cree Nation
By Sam Laskaris
Windspeaker.com Contributor
WINNIPEG

Jackie Anderson still feels a lot of Pride in a basketball program she was able to help create.

It was 13 years ago that Anderson and her husband Marcel Boulanger launched the Anishinabe Pride, that included their daughters Raven and Skylar.

Back then the Pride simply consisted of a girls’ under-14 squad.

Anderson and her husband started the team simply because they were looking for a way for their daughters to play a high level of basketball.

The couple’s daughters had already been introduced to the sport. And since they both excelled in basketball they were asked to join elite Winnipeg clubs.

Anderson and Boulanger knew others were also in the same situation. So, they started the Anishinabe Pride team to provide inner-city youth in Winnipeg with a place to play for free.

They were able to accomplish this by finding various Indigenous organizations to cover their expenses.

“That first year of playing they lost every game they played,” Anderson said. “The second year they went in with the exact same youth. And they went into the league and won the gold.”

The Pride program has expanded and now features six teams.

The organization has both girls’ and boys’ teams in the under-15 and under-17 age groupings. And it also has senior women’s and senior men’s squads for those 18 and over.

Club officials not only teach members about the nuances of the sport. But their coaching also provides a heavy emphasis on the Seven Sacred Teachings, values based on First Nations cultural traditions.

These teachings, represented by the seven feathers on the Pride logo and uniforms, are respect, truth, humility, courage, wisdom, love and honesty.

Those looking to play for the Pride do not have to be Indigenous. The club will accept players, regardless of their ancestry.

“That’s not our way, not to include everyone,” said Keith Mason, a member of Manitoba’s Fisher River Cree Nation, who plays for the Pride men’s team and also helps coach both of its boys’ clubs.

“They get to see our culture and how beautiful it is,” he said. “They mostly listen. And I do my best to answer their questions. If I don’t have the answer I will point them in the right direction to somebody that does.”

Mason said he typically begins his Pride practices with a sharing circle.

“We’ll have a quick talk about our last practice or our last game,” said Mason, who has also spent the past two seasons as an assistant coach with the University of Winnipeg men’s basketball team. “We’ll talk about things we did well and things we need to improve on.”

Mason is now in his sixth year of volunteering with the Pride organization.

“Basketball has given me a lot in my life,” said the 31-year-old, who is currently taking Education and Kinesiology classes at the University of Winnipeg. “It means a great deal to me to be able to provide these guys space and these leagues to play for.”

Those that are suiting up for the Pride women’s and men’s teams do pay for their own registration fees these days.

But there is no cost for those playing for the Pride youth teams. Funding for all these clubs is provided by Sport Manitoba. Basketball Manitoba, the governing body for the sport in the province, is one of the organizations under the Sport Manitoba umbrella.

The Anishinabe Pride organization typically receives between $10,000 to $15,000 in funding each year. This funding covers league registration fees as well as the gym costs to hold practices. It also allows the club to purchase necessary equipment, including balls and uniforms, when needed.

Participants in the program have been meeting weekly, from September through May.