Sweetgrass: You asked, so we found the answers 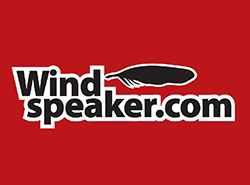 Here are some answers to the most commonly asked questions about Sweetgrass that we have received at Buffalo Spirit. Remember, when dealing with Sweetgrass, the Elders advise that respect must be shown as this is a sacred plant.

How do I identify Sweetgrass?

Many of us have only known Sweetgrass as a dried and braided product used in ceremonies. However, in its natural state as an untamed grass, the easiest and most pleasant way to identify the plant is by its vanilla fragrance that comes from the leaves.

Typically, the stem reaches two to three feet in height and has a white, stocky base. During its flowering stage, golden and purple, tulip-shaped flowers in patterns of three hang from the stem.

The underside of the leaf is shiny, hairless and flat. There are four species of Sweetgrass, but the most common is the Western strand known as Hierochloe odorata, the most scented of the Sweetgrass species.

Where can I find it?

Although Sweetgrass is typically associated with Prairie landscapes, it is a plant that can exist across North America and Northern Europe below the Arctic Circle.

In North America it grows regionally from Labrador to Alaska and south to Ohio, Illinois, Iowa, Arizona, New Jersey and Washington. The natural growing environments are places such as moist meadows, stream banks, lakeshores and areas that have previously been cultivated for farming or other agricultural use.

It is found less commonly in arid regions. The perennial is better suited to moist, sandy soil, but will not produce in clay soil mixtures. Sweetgrass can flourish in full or partial sun.

How do I plant it?

There are two ways of growing Sweetgrass. The first is to plant from seeds and the second to plant from plugs. Sweetgrass seeds can be purchased at most garden centres across the country. However, plugs are more difficult to come by because the majority of growers are located in Ontario.

Getting them can be expensive in terms of shipping, but an economical route is to buy in large quantities. Another method for purchasing both seeds and plugs is to buy from the Internet. Simply type in "Sweetgrass plants" and look for the closest seller to your area.

If planting from seed, the process must begin after frost, as colder conditions will decrease the chance of survival and the strength of the vanilla fragrance. The hole for the seeds should be two inches deep, with a soil consistent in both rich nutrients and sand-based mixtures.

It is suggested to mulch with one to two inches of shredded cedar bark to eliminate weeds and to hold moisture. Seeds can also be planted indoors and later transplanted outdoors during the spring.

It is easiest to place the seeds in a small pot and cover with a maximum quarter-inch of soil. Place the pot near a window, which receives full light exposure. Germination usually takes four to six weeks.

There is only a 10 to 30 per cent success rate when planting from seed. The average yield of a Sweetgrass crop planted from seed will take four to five years to produce leaves for braiding.

The procedure to use for planting plugs (root, rhizomes and leaves) is similar to that of seeds, with the exception that no mulching is required and the outcome is greater for success.

The Sweetgrass plants are usually packaged in six-inch pots with a plant growth of four inches in height and will not be in the flowering stage. After receiving the plugs, it is better to keep them in shade for two weeks in order to establish new roots.

When you replant, the hole for the plugs should be only as deep as to cover the roots and topsoil (two to three inches). The Sweetgrass plugs should be spaced eight to 12 inches apart.

Fertilizer should be added to the soil at this point and repeated three times during the growing season. Although plants can be grown indoors, perennials prefer the active and dormant seasons of winter and spring. Keep the soil moist, but don't over soak the roots, otherwise root rot will occur.

How do I harvest the plant?

The harvesting of Sweetgrass begins in late June to early July. However, the plant should never be harvested in the first year of planting. The procedure is simple, but neglect of following the proper way to harvest has resulted in the inability for the grass to reproduce. The Sweetgrass should only be harvested when the plant covers a six-foot square area. This should be the yield of one growing season and should produce eight to 10 braids. Simply cut the stem two to three inches from the base of the stock. Never pick Sweetgrass by pulling the roots out of the soil.

After harvesting, simply lay out the leaves to dry in direct sun and turn every 40 minutes. On a hot day, the leaves should dry within six hours. The easiest method to braid the sweetgrass is to place the dried leaves in lukewarm water for 15 minutes in order to make them flexible. The three strands of the braids represent the mind, body and spirit.