Buffalo Spirit: Be careful around the whistle 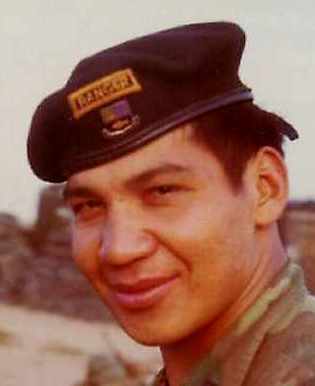 One of the hottest things in Indian Country today is whistles. Whistles belong to a society, the Warrior Society of long ago.

I've given three whistles here in Canada, and they know who they are. They acknowledge and respect that. They feed the enemy periodically to gain that blessing.

Whistle man should be very, very careful how he conducts himself at a powwow. When you blow that whistle, you are bringing spirits to that drum. And when you bring spirits, you remember, most importantly, when you bring the spirits you've got to feed them. You've got to give to them.

That spirit of that drum, many times, you acknowledge by giving them $50, $100. You will give them something that means a lot. Give the things that mean the most.

Anytime you conduct a give-away, you give the things that mean the most. Not something that, 'I don't have any more use for that. I'll put it in that pile and give it away.'

Same thing when you acknowledge that drum, when you blow that whistle, you always give something very important. Maybe you may not have material things being that you are on the road, so you'll give $20. I've never failed to give less than $20.

You give $50 if you’ve got it. Give a blanket, give a horse. In other words, you give the things that mean the most… Hey, you’ve got to acknowledge, because look around, there are a thousand people that are dancing to that whistle. To that spirit to that whistle, and you didn’t give? You didn’t feed?

Whistle people, I’ll be honest, in all of North America, I can count the number of true whistle carriers on two hands. Real whistle carriers. The rest of them assume, take for granted, have taken somebody else. And I can honestly say today that, maybe almost half of them are gone.

In other words, my warning to a lot of people that look at whistles—be very, very careful around that whistle and how you use it.

I always share, and I’ll always give the ultimate most that you give to that spirit. I feed my friends, I feed the veterans when I go home. I put on a feast.

I feed my veterans, the warriors, so that acknowledges and strengthens my whistle. It keeps me alive. Maybe that’s why I’m still here today, because I give. I share.