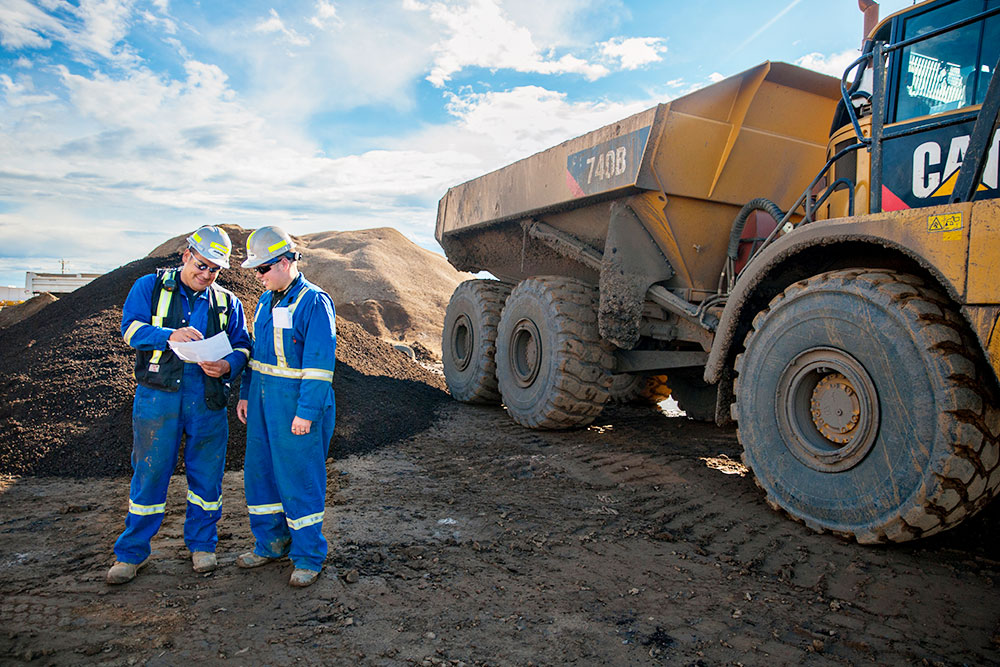 In the early days of starting up the business there were plenty of challenges, said Nicole Bourque-Bouchier, Chief Executive Officer of the Bouchier Group of Fort McMurray.

But the biggest one was financial.

“As a new business start-up, we really had a hard time getting a backing from a bank in order to have a bit of a line-of-credit in order to make our accounts payable. So that was the biggest challenge.”

And the second challenge was getting the opportunity to prove themselves.

“A lot of times, as a new small business start-up, a lot of the bigger companies have a difficult time finding that first opportunity for a small new business.”

She said it’s important, when attempting to start a business, to be “extremely passionate” and have a willingness to put in hard work.

“You’ve got to be willing to put that time in.

Being a female in a less traditional role “with heavy equipment all around” in the oil and gas industry, Bourque-Bouchier looked to her husband David, who was a foreman for one of the contractors in their region, and her father, who had worked in a supervisory position at Syncrude for years, when she needed guidance.

Bourque-Bouchier said she rather fell into the business more than planned it when she left her position with Shell Canada to help her husband with his business.

“The intent was I would have more time at home with the family, but it never really turned out that way. I ended up taking on the books, and the safety, and it kind of evolved into its own position to eventually the CEO.”

She said if you dream big enough with what you want to do, and put your mind to hard work and dedication, you can get there.

But it does take a lot of perseverance.