Men only by tradition: Women can't hit the big drum 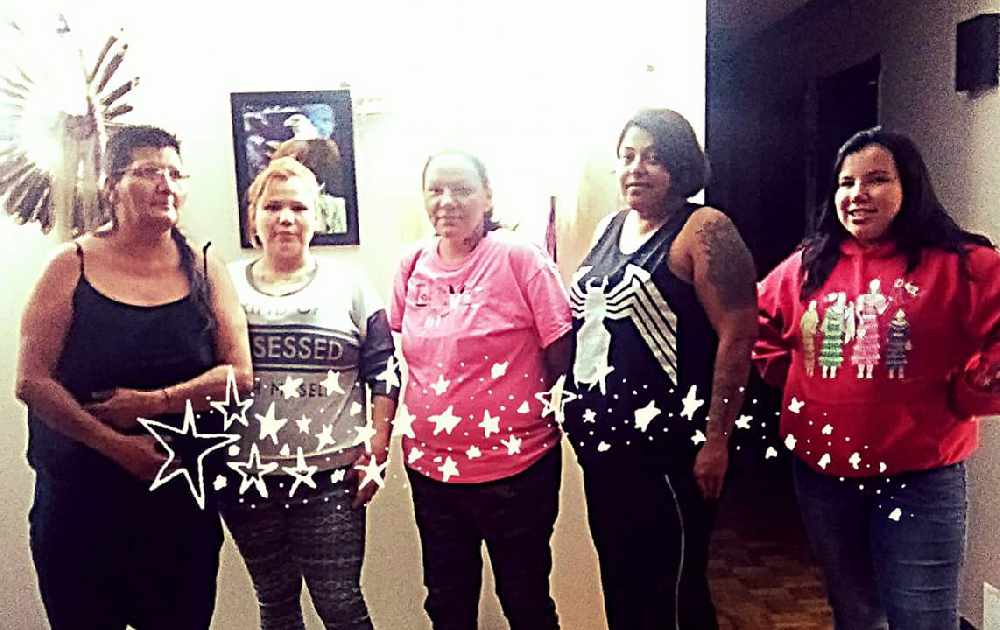 "And then I thought to myself, ‘What the hell? This is not right. Fight back’.”

Not according to the First Nations Elders of the Samson Cree Nation in Maskwacis, Alta. There they follow a strict protocol which prohibits women from drumming at their local powwow.

Carol Powder and her group of all-women drummers, Chubby Cree, know this from personal experience, an experience they say they found heart-breaking and infuriating.

“The discrimination that Samson did on our drum group, and towards women, was the most awful feeling I ever had,” said Powder after her experience this summer. “I even for a minute there felt dirty… for a second. And then I thought to myself, ‘What the hell? This is not right. Fight back’.”

According to Powder, she said she had been invited to sing and drum at the Samson powwow this summer, but just before her group’s turn, it was announced that Chubby Cree “had to step down.”

When Powder confronted the organizers, she was told it was agreed on by the Elders in attendance that it was against their tradition if Powder and her group performed.

They left, angry, but were invited back the next day to sing in honor of Missing and Murdered Indigenous Women. Then Chubby Cree was told they could not drum, though they were allowed to sing if they wanted to. And they did, because the cause is so important to them, said Powder.

For Powder, the biggest problem with what’s being called a traditional protocol is that—in her view—it is actually something that came from colonization and the Indian residential school system. Her grandfather—a deeply spiritual man, who knew down to the minute, when he would pass away—told Powder that her drumming would restore the status of women in Indigenous communities. She is convinced that he remembered a time most people have long forgotten.

“My grandpa told me when I was five years old… He was 99 then, and he said, ‘Listen, in the future you’re going to sing… and you’re going to help bring out these women, because a long time ago before Europeans came here, women were the ones that made the drum,” she said.

“My grandpa used to tell me woman made the pipe… woman’s very powerful. He said, ‘A lot of people are very brainwashed, and you’re going to see that in the future.’ It’s pretty sad to see people lost in that. We’re still trying to get rid of that,” she said.

Cecil Crier is one of the Elders of Maskwacis, Alta. For him, it’s “just tradition,” and he expects others to be respectful. And while he holds no animosity towards women who do drum, and the First Nations communities that allow them to, he says there is no changing what’s happening in the Samson Cree Nation. And he said he is backed by other Elders there, as well.

“In our territory, that’s our tradition. Women can’t be hitting a drum, but they can be there as a backup singer. They stand behind the drum and sing along,” said Crier.

“The drum is the heartbeat of the Nation, and in the past here, they respected it. And that’s what we were told and we follow the teaching. And I know further north from here women hit the drum,” he said.

Crier couldn’t speak to the question of whether the belief came from Europeans rather than truly from Indigenous people. He said only that while many things were taken from Indigenous people during colonization, there are traditions people still follow, and this particular belief is one of them.

Powder is not the only woman coming forward to drum in Canada in recent years, however, and she is not the only woman to encounter opposition, either. Windspeaker published an article way back in 2002, called “Tradition Goes to Court,” (Read the story here: http://www.windspeaker.com/teachings/tradition-goes-to-court/ ) in which a Canadian women’s drum group was attempting to charge a Minnesota university with sex discrimination for not allowing them to drum at the university powwow. The responses to the article were a mix of shock at the women’s desire to drum in the first place, and empathy for them from other women who have attempted the same thing.

More recently, Shannon Thunderbird has been making waves pushing for women’s right to drum. Over the Thanksgiving weekend, she shared a “Facebook memory” of her post from 2014. It was a picture published in the Waterloo Chronicle of her drumming in protest to not being allowed to drum at Waterloo University’s powwow. She was invited to drum there, then uninvited after male drummers told the university she shouldn’t be there. And she says she was threatened with violence by some of those men, too.

Thunderbird is Coast Tsimshian of the Giluts’ aaw band, and she holds a Master of Arts degree in Political Science from York University in Toronto. The words she shared with her post, echo the sentiments of Powder.

“Our protest, although peaceful, was firm in its resolve to stop discrimination against Aboriginal women, and our right to celebrate our culture(s) wherever, whenever and however we so choose. It is historically, culturally and traditionally incorrect to ban women from playing the big drums, never mind at a powwow which is a "universal" celebration of all things Indigenous. It is only since the 1970s that prohibition against women and the big drums first made itself known; false prophets set themselves up as Aboriginal Elders to try and rewrite history. I, and my sisters remain dedicated to the causes of women from all cultures, and our right to function in this country as equals.”

In one of Windspeaker.com's Buffalo Spirit articles, Elder Boye Ladd did address the issue of women at the drum. In the article Ladd writes:

… tradition dictates that women do not sing on drum. In my community you have to be very, very respectful. I oftentimes say, when in Rome, do as the Romans do. When in Sioux country, do as the Sioux do. And in Winnibago, or Ho-Chunk country, do as we do. We do not allow that…

Out of respect, when you go to other lands, be very careful of their rights and their way of life. Don't come in there because you think you have the right in your community and try to impose that on somebody else's community, because that's very, very disrespectful …

In my community, women are not allowed to touch the drums, the drum sticks, anything man, a rifle, even tools on the floor. Many times a mother sweeping the floor sees a tool there will ask one of the young boys to move that and that's how much respect we have for our women.

It's not putting down the women. It's putting them on a pedestal, because women have the ability to create life, and are very humble in their teachings and their ways. In our way of life, everything balances out. They may not be the so-called leaders or speakers of the people, or maybe the singers, but in a round-about way it is balanced, so that women actually have more power than men.

It varies from one community to the other. Some people will accept it [women at the drum]. Historically, some say women are allowed at our drums. The first time that I encountered that was when I went to the northwest. I was up in Yakama and Coleville… Historically, a lot of the men were out fighting and hunting and the women naturally absorbed the position or the role of the men and women naturally became a part of the singing groups.

And I have seen some very good singers, but again, that works in their community. So those that do want to sing, I often say, be very respectful, very careful of customs within that region that you go to…