Shirley Firth-Larsson: Olympian skier took herself around the world through sport 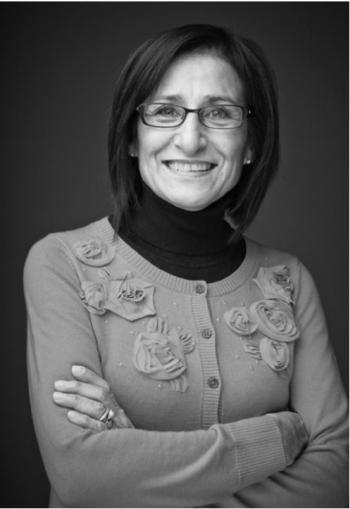 At first the girls couldn’t see their potential, but they soon perceived that if they practised hard enough, their sport would take them places they might not ordinarily get to. By 1972 they were on their way to their first Olympics in Sapporo, Japan.

Even though she was a four-time Olympic-athlete and smashed many a Canadian race record, Shirley Firth-Larsson didn’t mention sports in memorial instructions she left with her family.

The cross-country ski legend from the Gwich’in First Nation of Aklavik, N.W.T., passed away on April 30 at the age of 59.

Instead of her athletic accomplishments, she wanted her family to talk about the importance of family, health and education when they eulogized her, and the Christian values of love, forgiveness and hope.

“She didn’t want to focus on her achievements in sports at all,” said her husband Jan Larsson in a phone call from Yellowknife, the couple’s home since 2005.

“And she didn’t want people to think that cancer had taken her life,” Larsson said. “She went on her own terms. She did have lung cancer–though she didn’t smoke–but she was supposed to die from it in a few months after diagnosis. Instead, half-a-year later she was still working at her job, and even bought a bicycle so she could ride to work.”

Known as one of The Canadian Twins, Shirley, along with her sister, Sharon Firth, dominated the cross-country skiing world in the 1970s and ‘80s. The duo was an unprecedented phenomenon, coming out of nowhere to win national and international competitions, and competing in four consecutive Olympic winter games from 1972 to 1984.

Firth-Larsson won 42 Canadian national championship medals, competed in four World Ski championships, and was inducted into the Order of Canada in 1987. She was also, along with Sharon, the subject of the CBC documentary entitled “The Olympians: The Firth Sisters.”

Shirley was born 10 minutes before Sharon into a family of 14 in 1953. Their father was Loucheaux-Métis and their mother was Gwich’in.

“They inherited the strength of their parents, living in a family that lived off the land, fending for themselves,” said Larsson. “They hunted with their father and set snares with their mother.”

In 1959, when the twins were five, the federal government relocated the family to the newly-developed town of Inuvik, several kilometres east of Aklavik. There, the sisters came into contact with a newly-stationed Catholic Oblate priest named Jean-Marie Mouchet, who saw athletic potential in the hardy First Nations students.

Since he had patrolled the French-Italian border on skis during the Second World War, cross-country skiing was Father Mouchet’s sport of choice. With funding from the federal government, he founded the Territorial Experimental Ski Program (TEST) and received a big warehouse in Inuvik from which to run operations. The US Air Force provided skis.

The sisters and their fellow students put in long hours on ski tracks around town, training in minus-30 degree weather, and running endurance laps on local trails during the long days of summer. Norwegian coach Bjorger Petterson arrived to work with the girls, and they attended their first major race in Anchorage, Alaska. Shirley won the competition, much to the chagrin of American competitors.

“Shirley talked to me about that race,” said Larsson. “She and her sister were impressionable 16-year-olds. They were fascinated by an escalator they discovered in Anchorage.”

At first the girls couldn’t see their potential, but they soon perceived that if they practised hard enough, their sport would take them places they might not ordinarily get to. Coach Petterson told them they would travel the world if they devoted themselves to their skiing, and so they focused. By 1972 they were on their way to their first Olympics in Sapporo, Japan.

Canada’s national cross-country team was dominated by Aboriginal athletes from around Inuvik.

“A tough time came in 1979 when Shirley and Sharon’s mother was in a house fire and died,” recalled Larsson. “The girls were about to compete in two Olympic selection races.” The girls decided their mother would have wanted them to ski, and so they missed the funeral to compete in the qualifying races.

In a garage in Finland, Firth-Larsson met her future Swede husband. “I was working for the Rossignol Ski Company at the time and I was delivering skis to her. She was looking at me sideways and wondering why this guy was talking so much … but we got married and had a good life together,” Larsson explained.

The couple lived in a small community outside of Grenoble, France for two decades since the mid-1980s. Firth-Larsson gave birth to three daughters, and after they were grown she returned to university to earn a teaching diploma.

“The Northwest Territories hired her to promote Dene and Inuit culture and she had speaking engagements across central Europe and Scandinavia,” said Larsson. She showed slides of northern lands, people and traditions, and displayed artifacts like beaded moccasins and birchbark baskets.

“She was a soft-spoken person, but at some places like universities she easily spoke in front of several thousand people.”

In 2005, the couple returned to the Northwest Territories at the behest of their children. “They wanted to finish their schooling here and so we followed. Our two youngest children picked out a house for us and we completely trusted their judgement.”

Firth-Larsson was diagnosed with lung cancer, but continued in her job as the executive assistant to N.W.T. Legislative Assembly speaker Jackie Jacobson. He called her “a good friend … and an inspiration to Aboriginal women” in a press release.

According to Larsson, his wife wanted to clarify that, even though she didn’t smoke and still contracted lung cancer, it’s no excuse for people to continue to smoke, thinking they might contract the disease even if they didn’t.

“She was thinking about people’s health, and she wanted people to have no reason to stop believing they have to take care of themselves.”

Firth-Larsson passed away peacefully April 30, 2013 at her Yellowknife home surrounded by friends and family.