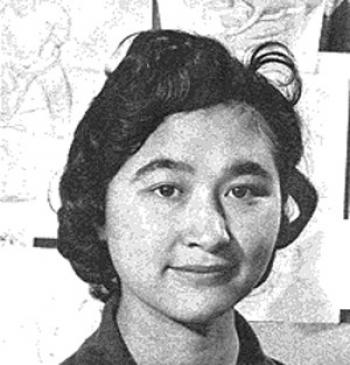 Throughout her life, Mary Cousins wore many hats. She was a devoted daughter and granddaughter and a loving mother. She was a nurse, a teacher, a journalist, an ambassador for the North and an Inuit rights activist.

She was born Mary Panigusiq on Feb. 22, 1938 in Saattut, an Inuit camp in Navy Board Inlet on Baffin Island, to parents Lazaroosie and Letia Kyak.

When she was five, Mary’s father was hired by the RCMP as a special constable. Because of his job the family left Saattut and moved to Pond Inlet.

In 1944, the St. Roch, an RCMP schooner, arrived at Pond Inlet. The ship’s commander, Sgt. Henry Larsen, needed Inuit people to supplement its crew, as the schooner was about to embark on the return leg of its historical journey across the Northwest Passage.

Larsen hired Mary’s uncle, Joe Panikpak, and his family. Mary’s grandmother was to go along as a seamstress, but she and Mary had a very close relationship and she refused to go on the voyage without her granddaughter.

So, at the age of six, Mary stepped aboard the St. Roch with her grandmother and other family members and they set off on their journey, leaving Mary’s parents behind in Pond Inlet.

Her father had placed his daughter in the care of the ship’s commander. Over the years, the two men would become great friends, and Larsen would continue to play a role in ensuring the well being of his one-time charge.

The schooner sailed the Northwest Passage, docking at Herschel Island in mid- September 1944. While the St. Roch still had further to go on its journey, the additional help of the Inuit crew members was no longer needed, so Mary and her family were left on Herschel Island until the ship would return for them in the spring.

It was to be a cold winter, but Larsen left them well supplied and encamped at an abandoned police post on the island.

After a two-year absence, Mary returned to her family in Pond Inlet. She was now eight, and was ready to begin her formal schooling. She attended the Anglican missionary school until she was 11, gaining a good knowledge of the English language in the process.

But her years in school weren’t over yet. Mary’s father was posted to Craig Harbor, and he moved his family to the community, where they lived for the next five years.

Then came another move for the family, this time to a location near Grise Fiord, but Mary was not to accompany them. Her father had decided it was best for his daughter to remain in one place and complete her education rather than following him from posting to posting. Through the help of his old friend Larsen, Mary’s father made arrangements to send her to school in Hamilton.

In 1953, Mary moved to Hamilton, where she lived with the McAndrews, a white family. While she was there, she made regular trips to a local hospital, visiting and encouraging the many Inuit patients who were there recovering from tuberculosis.

At school, Mary had planned on taking nursing, but she soon changed her mind, deciding to become a teacher instead. But her brief nursing experience opened yet another door for her. After completing a couple of years of schooling in Hamilton, Mary set out aboard the C.D. Howe, a medical ship, planning to go home to Pond Inlet to visit her family.

With Mary’s knowledge of medicine, English and Inuktitut, she was soon called into action as an interpreter, and eventually became the chief medical interpreter on the C.D. Howe, a position she held for five summers while medical staff on the ship travelled to various Inuit communities to conduct tuberculosis screenings.

In 1958, at the age of 20, Mary went to work for the Department of Northern Affairs, and for the next four years, she edited Inuktitut, the department’s Inuit-language magazine. In addition to editing the publication, she also wrote articles and provided illustrations.

Through her work on the magazine, she played a large role in bringing information to isolated Inuit communities in the North.

In 1962, Mary made a long overdue trip back home. She was reunited with her family during her brief visit, and saw her grandmother for what would be the last time.

The following year, Mary was in Ghana, West Africa, educating the local people about life in the Canadian North, when she got news of her grandmothers passing. Mary once wrote in a poem “Grandma cares for me, and our family needs nothing more...” She was deeply saddened to hear of the loss and rushed home.

In 1964, Mary married Roger Cousins, a teacher from Saskatchewan. A year later, the couple welcomed their first child, and the new family made the move from Ottawa to the North. They lived in Grise Fiord, then in Frobisher Bay, with Roger teaching school in each community.

In 1969, Mary was appointed to the Vanier Institute of the Family, a charitable organization that works to promote the well being of Canadian families. Soon after, she became politically active in Inuit issues and help found the Inuit Tapiriit Kanatami (ITK), an organization that to this day continues to represent Inuit people at the national level.

Mary once explained the reason she felt groups like ITK were important.

“The government will only sponsor Inuit meetings if it is acceptable to the government; in other words, which the government is in favour of. It is all very well that the government sponsor meetings of Inuit on what the government likes, but we Inuit have to meet with our fellow Inuit and make our own plans also,” she said at the first meeting of the ITK, then called the Inuit Tapirisat of Canada, held in Toronto in February 1971.

Through her struggle for Inuit rights Mary began to notice that there were very few Inuit people who were able to speak their own language. Fearing that this would lead to the death of the Inuit language and culture, Mary began to teach Inuktitut in schools.

She taught the language at Gordon Robertson Education Centre in Iqaluit for almost a decade before returning to school herself and earning a teaching certificate from the Eastern Arctic Teacher Education program.

She then resumed teaching, this time at Nakasuk school in Iqaluit, while continuing her own studies through McGill University in Montreal. In 1992, she earned her bachelor of education degree at the age of 54.

In 1993, Mary’s husband Roger died of cancer. In 2000, Mary, too would be diagnosed with the disease. She continued to teach until her retirement in 2005. Mary died of cancer on April 22, 2007 at the age of 69, but the work she accomplished during her lifetime will continue to benefit the Inuit people for generations to come.