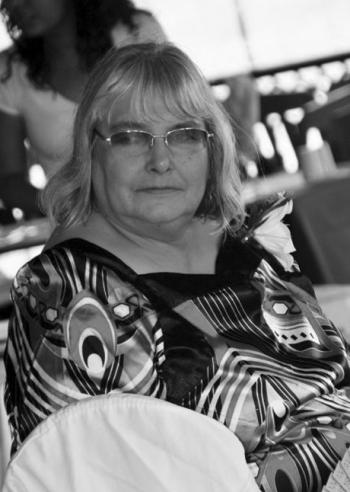 After signing up to work in Africa with CUSO right out of university, Marie Smallface-Marule was primed to defend Indigenous rights on a global scale.

Only 22, the first woman from the Kainai Nation in southern Alberta to earn a post-secondary education stepped into the unknown by volunteering in Zambia, armed with a degree in anthropology and sociology.

Once there, she was assaulted by 1960s Apartheid and quickly absorbed how damaging the effects of colonization were on the people she was trying to help.

“She also met and married my father, Jacob Marule,” said daughter Tsuaki Marule. “He was a militant member of the African National Council and was exiled from South Africa.”

Over the four years she was involved in community development and adult literacy, Smallface-Marule understood to what extent Indigenous people like herself could be minimalized.

When her mother let her know it was time to come back home, Smallface-Marule didn’t quite make it back to Alberta. Intercepted by politician George Manuel, on a tip from activist and author Harold Cardinal who had heard she was returning to Canada, she was invited to work for the National Indian Brotherhood in Ottawa, the forerunner of the Assembly of First Nations.

“The way mom told it, George interviewed her but said he only had it in his budget to hire her as a secretary,” said Tsuaki.

“She told him she understood government funding and that the work being done was so important she had to be a part of it. She accepted the secretary job but told George ‘I don’t type and I don’t take dictation.’”

In three months’ time she was promoted to executive director of the Indian Brotherhood, but soon she was summoned again, this time by LeRoy Littlebear at the University of Lethbridge. Smallface-Marule was ready to work with her own people and jumped at the chance to teach in a newly-developed Native American Studies department.

She would continue to instruct at the University of Lethbridge for the next 15 years.

While teaching full-time, she helped create the World Council of Indigenous Peoples (WCIP) in an office at the university. In 1975 her old friend George Manuel and others joined her to orchestrate the first WCIP conference in Port Alberni, B.C.

“I think there were about 17 different countries represented at that first gathering,” said Lix Lopez, a Mayan who came from Guatamala to work for Smallface-Marule between 1979 and 1984.

Delegates began drafting a charter for the WCIP, and set about organizing the second assembly in Samiland, northern Sweden in 1977, he said.

“Right after that, delegates were sent to Geneva, Switzerland, and awareness of Indigenous rights at the United Nations level began. Marie was the brains behind all of that,” Lopez explained.

The early action led to the Permanent Forum on Indigenous Issues established in 2002 “and now, thousands of people arrive in New York at the United Nations headquarters to attend each year.

“Marie was my mentor. She understood complex issues and how to negotiate through them. When she spoke she was taken very seriously at all levels,” said Lopez.

The years Smallface-Marule ran the WCIP out of the Lethbridge office were interesting ones for Tsuaki and her sisters.

“People were coming and going. I learned to yoik (yodel sing) from a Sami woman who lived with us. We took in Niillas Somby, a Sami political rights activist and film director who fled his country.”

Somby lost a hand trying to blow up a bridge to stop hydro power plant development on a river in his homeland.

In 1992, Smallface-Marule became the president of Red Crow College where she would stay until retiring .

She guided the institution toward its 1995 opening as the first tribally-controlled community college in Canada, and created the Kanai Studies Department based on Blackfoot ways of knowing.

“One of Marie’s visions was to decolonize by understanding how we were colonized in the first place,” said former Kanai Studies Director Narcisse Blood.

“She saw the resulting neo-colonial state we are left in as so unhealthy for our community. One way to deal with this is to take control of our own education and teach relevant knowledge. Kainai Studies celebrated our extensive and deep way of knowing that sustained us for thousands of years. It’s a wonderful way of healing from the trauma we endured through being colonized.

“Her message wasn’t difficult. She was saying there is nothing wrong with our ways. In Blackfoot, we have a saying ‘let’s go back on the trail’ to see how and why our ancestors, who knew the land and the animals intrinsically, approached life. Marie listened to that saying.”

In her WCIP work, Smallface-Marule saw the effects of greed as wealth was siphoned from Indigenous territories, reminders of the consequences of ignoring the knowledge that was already here before the newcomers came.

“She told me not to borrow from them, or I would become a poor imitation of them,” Blood told Windspeaker.

In an address made during Red Crow College’s 25th anniversary in 2011, Smallface-Marule sounded confident in her goal of “linking First Nations’ knowledge and culture to other programs such as nursing, agriculture and science to make it part of people’s lives in more conscious and academic ways.”

Smallface-Marule died of a sudden heart attack on Dec. 31 at the age of 70.