Madeline Skead: With a gun aimed at her chest leader stood her ground 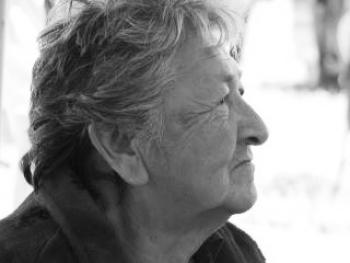 Amidst menacing police officers and talk of bombings by demonstrators if their demands weren’t met, a 38-year-old Madeline Skead stepped into the 1974 Ontario Anicinabe Park crisis advocating building a “relationship” only to have a gun aimed at her chest.

“‘You’d better not miss’ was all she said, and that shows how courageous she was,” recalled her daughter Eleanor Skead.

Threatened by the Ojibway Warriors Society, Madeline demonstrated her will to die for her belief in grassroots Anishinaabe teachings, which espouse the nurturing of understanding and relationships between opposing factions.

That confrontation ended peacefully, but another stand-off years later ended in bloodshed.

Despite the opinion that she was once again “siding with the enemy,” Madeline sent a personal note and flowers to the Ontario Provincial Police (OPP) during the Ipperwash crisis after Dudley George was shot.

She urged officers to stand strong, realizing the 1995 catastrophe was heartbreaking for both her people and the authorities involved.

Throughout her life, Madeline relied faithfully on her ancestors’ insight into relationships to gain the required footholds for her people. She built bridges, and her close ties to the provincial police and the RCMP resulted in her mediation 10 years later at protests on the Trans-Canada highway at Kenora, and at the Separation Lake bridge in the summer of 2006.

As a trusted advisor and wisdom keeper, she sat on many councils and committees, including the OPP Commissioner’s Select Aboriginal Advisory Council for 13 years.

Condolences from numerous officials, including former OPP commissioners Gwen Boniface and Julian Fantino, and a special tribute sent from the United Nations office in New York, were read at her service. An honor guard in full dress stood by as an estimated 700 mourners listened to relatives, friends and co-workers celebrate the Elder’s remarkable life.

Born in 1936, Onowikamigook (Centre of the Earth Woman) her traditional name, was raised on Wabigoon First Nation. She married Douglas Skead in 1952, and the home they built did double duty as the band office.

For more than 30 years, Madeline served Wauzhushk Onigum as both a councillor and as chief, the first woman named to that position.

“I remember mom with a baby on her back, balancing two galvanized pails to get water in our first house,” said Eleanor.

“Mom and dad built their second house by themselves and she was hauling wheelbarrows of cement from a hand-mixer to form the basement. That house was made of scrap lumber but Dad put in electricity and the plumbing so we had running water by the mid-70s.”

Though the couple was often misunderstood in their attempts to maintain peace, as well as law and order amongst their people, they held their ground even in threatening situations. The drama and tension around these very public events never overwhelmed the family however.

“I saw my parents as invincible, indestructible,” said Eleanor. “I grew up hearing their telephone conversations and I typed their letters as they dealt with issues, so it never really bothered me.”

The couple made for a good match because each was convinced culture could help their people become healthy again.

“My dad was a good singer. He knew the traditional songs and they understood cultural protocols and how things fit together. My mother was a teacher and advisor, and sacred drum carrier.”

Madeline and Douglas were founding members of the Lake of the Woods Powwow Club, established in 1972 to revive traditional knowledge and practices to promote sobriety. They observed firsthand how culture replaced what missionaries and Indian agents had taken away.

The parents who raised nine children and made everything they needed, managed to travel to meetings and gatherings, working to preserve treaty rights and protect Anishinaabe language, health, culture and education. After Douglas passed away in 1989, Madeline kept up the work, volunteering in jails, hospitals, and schools even though she didn’t drive.

“She was strong, both mentally and physically,” explained Eleanor. “One summer, about 30 years ago, I went fasting with her. It was my first time and by the fifth morning of not eating I was sitting by the fire, so weak I could hardly stand up. And here she was clearing away the brush from the fasting area. My Dad had to finally get her to stop.”

Uncompromising in her belief that spirituality played a huge role in her people’s wellbeing, Madeline became the Traditional Healing Coordinator for Lake of the Woods Hospital in 1980. She was responsible for identifying Aboriginal patients, making them feel welcome in the hospital, and making sure the services being offered were appropriate to their teachings and culture. She found traditional healers for clients who wanted to be treated outside of the hospital, and conducted cross-cultural training for healthcare professionals and students.

“She retired in 2001, but she would call me without fail every Monday morning to give me support or information. She really cared about this position and what it did for people, and I miss her calls. I knew I could rely on her at any hour, day or night,” said Merv Copenace, who took over the position.

“After she retired, she was here just as much, volunteering,” he said.

At her funeral, OPP Kenora Inspector Commander Dave Lucas mentioned that his mentor and friend “could dress down anybody” and get her point across without disrespect.

“You couldn’t argue with the common sense she employed. Although I wore the gun and carried the badge, I felt that of the two of us, she was the one who wielded the real authority and not me.”

Lucas commented both he and Madeline drew strength from The Lake of the Woods and often met beside it in a coffee shop for conversation that helped both find peace in their hectic lives, even if they “squabbled like a married couple” when they didn’t agree with each other.

Eleanor summed up her mother’s life: “Everyone admired my mother’s courage. Other people are just as intelligent and they know how to make things better, but they don’t have the courage to stand up to do it like she did.”

Madeline passed away from a stomach aneurysm on Jan. 23, 2012 at the Winnipeg Health Sciences Centre at the age of 76.