Bernice Sayese: Mama Bear gave selflessly for the betterment of her community 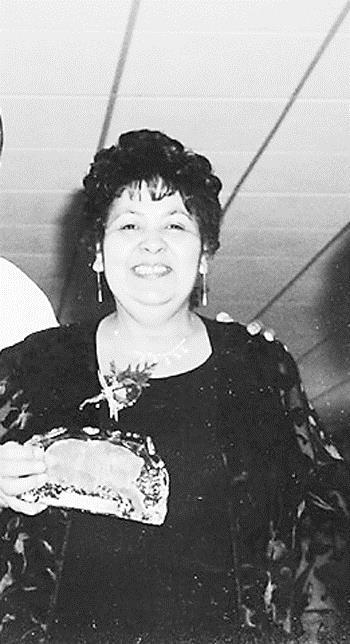 Bernice Sayese was taken far too young at age 52. But the work she began is continuing.

The Métis woman, who was affectionately known as Mama Bear for the way she took all youth into her loving care, was born on June 5, 1951 in Glenmary, a Métis settlement located north of Kinistino, Sask. She lived most of her life in Prince Albert, a city that was enriched by her involvement in numerous organizations and institutions. She was mother to Shauna, Michael and James and unofficial mother to many of the youth of Prince Albert. Her untimely death on March 4, 2004 from cancer was mourned by friends and family, the citizens of Prince Albert, and countless others whose lives she touched.

One of her proudest moments occurred when she received the 2002 Prince Albert Citizen of the Year Award in recognition of her outstanding contributions to society, becoming the first Aboriginal women ever to receive the award. She was lovingly nominated by her daughter Shauna, who at the time stated that she had wanted her mother to be considered for the honour because she never blew her own horn so someone else had to do it on her behalf.

Sayese received the Citizen of the Year Award with humility, wondering why she was being singled out for recognition when there were so many others equally as deserving, and was thankful for receiving the honour not because it recognized her efforts, but because it shone a light on the contributions being made by Aboriginal people in general.

The list of community organizations with which Sayese was involved is a long and impressive one and includes the Play and Learn Daycare, the Integrated Youth Committee, the Métis Fall Festival, the Saskatchewan Child Nutrition Network, Won-Ska Cultural school, the Prince Albert Indian and Métis Friendship Centre, the Saskatchewan Police Commission and numerous others.

Sayese was a founding board member of the Prince Albert and Area Community Foundation, the Interval House Safe Shelter for Women and Children’s Haven. She helped establish a lodge for homeless men and served as a community development officer with the City of Prince Albert and as a member of the Mayor’s Task Force on Race Relations.

But the work for which she will always be especially remembered is the Voices of the North talent show, first held as part of the Prince Albert Winter Festival in 1992. Originally begun by Sayese, Sheryl Kimbley, Julie Roy and others as a way to showcase Aboriginal performers from northern Saskatchewan, the event proved so successful that talent from across Saskatchewan and beyond soon began to audition for the show.

Sayese opened up the program to all genres of music, whether it was country or rock or jazz. Last year’s edition of Voices of the North, the fourteenth running of the show, promoted the theme of “Celebrating Our Diversity” and reflected the differing musical genres which the show has grown to feature. This year’s event, to be held on February 15 to 17, promises to continue this diversity, which would without doubt meet with Mama Bear’s approval.

Sayese is credited with coming up with the vision for the talent show as a way to promote and support youth in the performing arts because she recognized what having an opportunity to perform could do to a young person’s confidence.

A number of performers that got their start through Voices of the North have gone on to great success in their musical careers and credit the show with giving them much-valued exposure. Chester Knight, Ray Villebrun, Vern Cheechoo, Krystle Pederson, Jay Ross and Teagan Littlechief are just some of the performers who have graced the Voices of the North stage over the years.

Through her involvement in Voices of the North, Sayese did more than just give fledgling artists a place to perform. Many times she became a guardian angel to band members, watching them, helping them find their audience and encouraging them in their chosen career. She cared about each and every one of them, and recognized that the music they performed for the show could pull some of them out of undesirable lifestyles.
Sayese made sure that every guitar player had a gig for the upcoming weekend and kept each in mind when hearing about a job that would suit a particular individual. She remembered birthdays, anniversaries and graduations and kept a supply of spare guitar strings on hand just in case.

Former Saskatchewan MP Rick Laliberte got his start in the entertainment world at Voices of the North, and served as master of ceremonies for the event for several years after making the jump from entertainer to politician. To mark the tenth anniversary of the event in 2002, Laliberte presented a guitar to Sayese as a symbol of all she had done for Aboriginal music.

When Voices of the North was held in 2004, just weeks before Sayese’s passing, the guitar was placed on stage as a tribute to Mama Bear, alongside a teddy bear draped with a Métis sash. That guitar has had a place on the Voices of the North Stage each year since as an ongoing tribute to Sayese and her years of work and dedication to making the event a success Those who have taken over the organization of the talent show have vowed to ensure the guitar remains as a remembrance of Sayese at every show in the future.

Sayese always wanted to see Aboriginal people in a good light, and the talent show was just one way she worked toward that goal. She also worked to improve race relations by her work in the community, and devoted her time and energies to assisting the homeless and the hungry, the young, people in penitentiaries, visitors at the friendship centre, and women who were struggling to put their lives back together after coming out of an abusive situation. She treated all those she met as equals, and greeted them always with kindness and a caring heart.

Sayese’s hard work and dedication continued to be recognized after her passing. In March 2006, she was inducted posthumously into the Council of Women Hall of Fame in Prince Albert and the West Flat Community Centre in Prince Albert was renamed the Bernice Sayese Centre in her honour.

Since her passing, those who knew Sayese and worked closely with her have tried to step in and ensure the work she began is continued. They believe that by demonstrating how much one person can accomplish she has set an example that will become her lasting legacy, encouraging others to get involved in organizations that benefit the whole community. She remains a wonderful role model to all.

Her loss is still felt, but friends and family can take solace in the fact that Sayese would not want them to sit around mourning, but would encourage them to get on with doing what needs to be done.