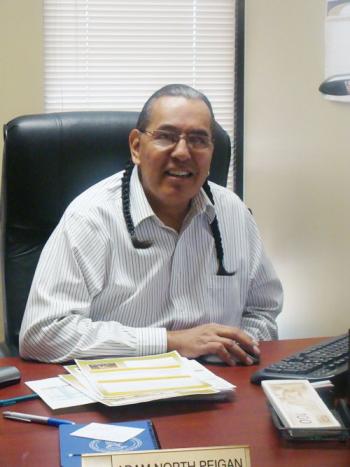 Survivors of the Sixties Scoop will gather at the Alberta Legislature on March 16 to hear the response from the Premier when she is asked to deliver an apology to the thousands of Indigenous children who were taken from their homes over a 25-year period.

The question will be posed to both Premier Rachel Notley and Indigenous Relations Minister Richard Feehan by Wildrose Aboriginal relations critic Dave Hanson.

“I will be asking for a commitment from them to apologize for Alberta’s part. I realize it was a federal program, but they couldn’t have done it without collaboration from the provincial ministries,” said Hanson. “I think it’s the right thing to do.”

The Sixties Scoop, which ran from the 1960s through to the mid-1980s, displaced more Indigenous children than the Indian residential school system. Children were forced from their homes and placed with non-Indigenous families throughout the province, the country and the United States.

In Alberta, 10,000 to 15,000 Indigenous children were impacted, said Adam North Peigan, who is leading the charge for the province’s apology.

North Peigan, from the Piikani Nation, was one of them.

Born in 1964, his earliest memory is as a four-year-old already in a foster home. He was later told he was apprehended as an infant. From birth to 17 years of age he was in six or seven non-Indigenous foster homes in southern Alberta and two or three children’s shelters.

He remained in his last foster home for eight years. He says he suffered mental and emotional abuse, and abandonment, with loss of community, language, culture and identity.

At 14 years of age he was introduced to his birth mother and from then on spent every holiday with her on the Piikani Nation at Brocket. He moved back to his home community when he was 17 years old, but by then he was caught between two worlds; lost in both, not belonging to either.

In his late teens and early adult years, North Peigan turned to alcohol and bad decisions. And he repeated the cycle: his two oldest daughters were apprehended by children’s services – this time in British Columbia – and put into care in non-Indigenous foster homes.

North Peigan eventually got help for his drinking, putting some years of sobriety behind him, and regaining custody of his daughters.
“Since that time I’m very proud to say I have a very good sense of belonging with my community in Brocket. When I think of home today, even though I live in Edmonton, what I think of the concept of home I always think of Brocket, Piikani, of being home to me,” he said.

He also remains connected to his mother.

North Peigan says he met with Feehan about a year ago and began discussions about a public apology from the premier. He says Feehan was “very open to doing what he felt that he could do.”

Now, he wants the same acknowledgement from his home province.

“That’s where reconciliation begins. By saying, ‘I’m sorry’,” he said.

North Peigan met with Hanson two weeks ago to tell his story and ask for help.

In February, federal Indigenous Affairs Minister Carolyn Bennett said the Liberal government wanted to negotiate claims resulting from the Sixties Scoop. Her announcement in the House of Commons followed a judge’s ruling on a $1.3-billion class action lawsuit in Ontario in favour of Sixties Scoop survivors.

North Peigan is optimistic that the Ontario finding will have a “domino effect” on all the other existing Sixties Scoop class action lawsuits that have yet to be decided and he is encouraged by the Liberal’s decision to negotiate.

North Peigan says it’s not about financial compensation but about bringing survivors together in sharing circles so they can begin healing. And about educating Albertans “about the legacy and sharing the stories… It’s part of our history.”