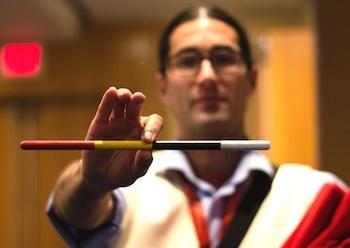 “To me, the first significance of it is that the people who pick it up commit to live violence free. We’re stopping the violence one person at a time.” ~ Chief Charlene Belleau of the Alkali First Nation

The answer to lateral violence lies is “lateral kindness”, according to the First Nations Health Authority of British Columbia.

The authority has launched a project to back that conviction called the Commitment Stick, which will help First Nations communities take a step to eradicate violence against Indigenous women.

Lateral violence is the act of violence or hostility committed toward one another by members of oppressed and marginalized populations. This behavior is a result of discrimination, colonization, and inter-generational trauma from Indian Residential Schools. The health authority asserts it’s contributed to the issue of missing and murdered Indigenous women

“I think that violence against women is such an important issue for us, and it’s been there for a long time. Looking at how important women are to our communities, the FNHA, as an organization that’s a health and wellness champion, wanted to partner with our people on their health and wellness journey,” said Joe Gallagher, CEO.

Lateral kindness includes teaching empathy and humility to negate the effects of lateral violence. Not only is the FNHA supporting the Commitment Stick movement, but they are funding communities that want to take the pledge.

A community can apply to the FNHA and collect $1,000 as a start-up grant for any programs, events, or ceremonies they want to host in the name of creating a safer community for Indigenous women. The FNHA announced this support following the International Day for the Elimination of Violence Against Women on Nov. 25.

“In addition to this, we need to partner with our communities and take an active role in it. The FNHA will lead by example, because in health work the B.C. work force is predominantly women… We need to make sure we’re mindful in taking care of our female health authority,” he said, adding that the FNHA will work within itself and with its own employees to create safer, kinder work spaces.

Chief Charlene Belleau of the Alkali First Nation (Esk’etemc) helped create the Commitment Stick initiative just over one year ago. She collaborated on the project with an Elder from Alkali, Fred Johnson.

Johnson and his family hand-carve and hand-paint each stick, then perform blessing ceremonies around them.

Each color on the stick has meaning. Red, to honor and mourn missing and murdered Indigenous women; Yellow to honor every individual’s breath of life; Black, to honor the body; and white to honor the knowledge and wisdom of the Elders.

Additionally, the four colors also symbolize the need for the four races to work together to leave this violence in the past, reads the health authority website.

“To me the first significance of it is that the people who pick it up commit to live violence free. We’re stopping the violence one person at a time,” said Belleau.

“And second is that when people see violence being perpetrated, they’re going to stop it. From there, they’re going to do work in their own families or own communities to make sure that it’s not continuing to happen,” she said.

This initiative strikes close to Belleau’s heart. This past June, Belleau’s own community organized a massive search for a missing woman. In Belleau’s eyes, taking the matter of searching for our own women is the exact sort of thing all communities should be doing to prevent violence and tragedy within their territory. The commitment to live violence free builds on that.

“The initiative is meant to encourage our leaders to accept responsibility in our share of searching for missing and murdered Indigenous women… because police are limited,” she said.

Another example of an activity a community can undertake as part of its commitment to live violence free is to hold a health and wellness workshop, such as a men’s healing group, according to Belleau.

Last year, at the 7th annual Gathering Wisdom forum—a conference for Indigenous health and wellness workers and educators—more than 120 hereditary and elected chiefs obtained commitment sticks to take back to their communities, she said.

“Violence against Indigenous women and girls is not just an issue now that it’s before the media and the public. It’s been there all of our lives,” said Belleau. “The government and the police have their programs and procedures, but at the end of the day, violence against our women is also a community responsibility,” she said.

The official hashtag for the FNHA Commitment Stick program is #violencestopswithme. For more information or for a downloadable Commitment Stick kit, visit the FNHA website at: http://www.fnha.ca/wellness/commitment-stick 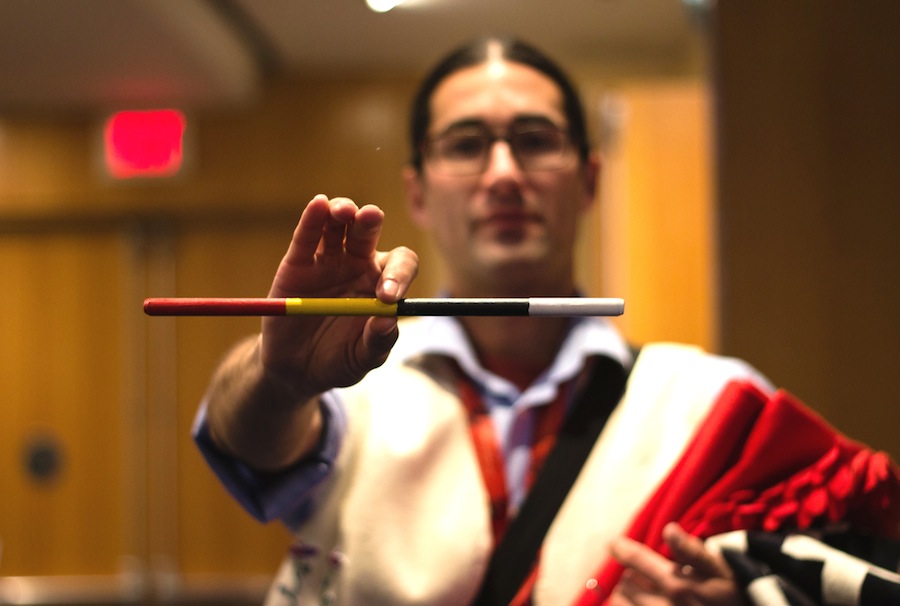