UCP draft curriculum for K to Grade 6 has inside-the-fort logic all over it, says professor 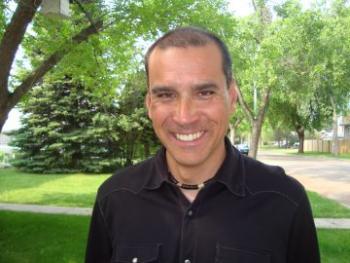 Dr. Dwayne Donald, University of Alberta associate professor in the Faculty of Education

“…when you’re inside the fort you learn to be fearful of what’s outside and the idea is whatever’s outside needs to be brought inside to be assimilated.” — Dr. Dwayne Donald, University of Alberta associate professor in the Faculty of Education
By Shari Narine
Windspeaker.com Contributor

Until school curricula are depoliticized, each successive government will continue to “assert its own ideology” in the classroom, says Dr. Dwayne Donald, University of Alberta associate professor in the Faculty of Education.

Alberta’s draft Kindergarten to Grade 6 curriculum has come under fire since it was released late last month. Developed under the United Conservative Party (UCP) government, both Premier Jason Kenney and Education Minister Adriana LaGrange have claimed that the previous NDP government had attempted to influence students by putting their left wing stamp on a proposed new curriculum. However, the UCP’s draft curriculum will replace a 20-year-old curriculum developed under a Conservative government.

NDP leader Rachel Notley has already committed to reversing the UCP’s “back-to-basics” changes to the K-Grade 6 curriculum if her government is re-elected.

“It’s this kind of cycle that makes people cynical about what politics is actually about,” said Donald.

“I don't think the Minister of Education should be in charge of (curriculum development) anymore, whoever the government is. There's too much at stake.”

Curriculum development should be undertaken collaboratively by experts and people with expertise, says Donald, who in the early 2000s helped to develop the Grade 10 social studies curriculum.

Donald, who is Papaschase Cree, teaches a course at UAlberta that is “designed to help educators better understand and interpret the significance of recent curricular initiatives in Alberta and across Canada that emphasize Indigenous perspectives across subject areas and grade levels,” according to the website.

Curriculum was also a subject of Donald’s doctoral dissertation, which examined forts, one of the “mythic symbols that are at the heart of the creation story in Canada.” He argued that forts are “social spatial organizers,” separating people into two groups; those in the fort and those outside the fort.

“Part of it is when you’re inside the fort you learn to be fearful of what’s outside and the idea is whatever’s outside needs to be brought inside to be assimilated. I think fort logic is all over this proposed document,” he said about the UCP draft curriculum.

Donald says this draft social studies curriculum “is a disappointment” when it comes to Indigenous inclusion.

“If you look at this current document... it’s reduced any contributions that Indigenous people might make to topics of special interest or historic event. And this is what they consider to be progress,” he said.

Donald isn’t alone in his criticism.

Métis Nation of Alberta (MNA) President Audrey Poitras sent a letter to LaGrange outlining “monumental concerns” about the draft curriculum, which “exclude(s) a huge portion of Alberta’s real history and the Métis contribution to the development of the country.”

The Confederacy of Treaty 6 Chiefs also had harsh words for the draft curriculum.

“What was anticipated to be an opportunity to tell future generations of Albertans about the fulsome and diverse history of this province, including the histories of Treaty First Nations that have existed here since time immemorial, has instead devolved into a Eurocentric, American-focused, Christian-dominant narrative that perpetuates rather than addresses systemic racism and falls far short of providing a balanced, nuanced perspective on Treaty 6 First Nations history and culture,” as stated in a news release.

Poitras also admonished LaGrange for excluding Rupertsland Institute from the curriculum working groups. The MNA-affiliated institute has the mandate of education, training and research.

Donald says the make-up of the curriculum working group has been “kind of mysterious” and, as far as he knows, the government did not enlist the help of Indigenous scholars. The government claims it consulted with five Elders.

The MNA and the Treaty 6 chiefs are calling on LaGrange to revise the curriculum in collaboration with the Indigenous groups in the province.

In an email statement to Windspeaker.com, Indigenous Relations Minister Rick Wilson said, “Since the release, the Education department has been in contact with the (Rupertsland) Institute and looks forward to receiving further feedback from them and other First Nation, Metis or Inuit stakeholders. Alberta’s government remains committed to a transparent review process.”

Wilson also said he had received positive feedback “on the content surrounding residential schools and ensuring treaties are included” from “several chiefs.”

If the draft social studies curriculum remains, Donald believes it will harm children, Indigenous and Canadian.

“I think these old stories this government wants to tell are inadequate in addressing the issues that we're facing. This insistence that this old story is the way to proceed, that we don't need any changes, that we don't need to reimagine ourselves. I guess I have a lot of fear about the trouble it's going to cause if it goes ahead,” said Donald.

Indigenous children, who often struggle with identity, do not find themselves reflected in the school experience promoted by this draft curriculum and this “is going to do further damage,” he said.

“We need a new story that teaches us how to live together differently in this country because right now most of the stories are divisive.”