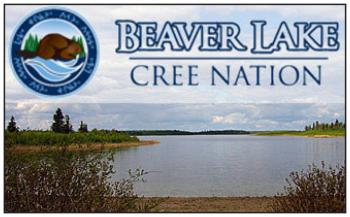 “A First Nations government may genuinely need to allocate some or all of its resources to priorities other than litigation.” —Supreme Court of Canada
By Shari Narine
Local Journalism Initiative Reporter
Windspeaker.com

The Beaver Lake Cree Nation is going back to the lower court for a decision on whether or not it qualifies to receive advance costs to finance its legal battle with the federal and Alberta governments against industrial and resource development on their traditional territory.

“This decision gives us solid ground to stand on when we go back to the lower court to argue for advance costs,” said Chief Germaine Anderson of Beaver Lake Cree Nation.

Karey Brooks, legal counsel for Beaver Lake Cree Nation, agrees that even though the decision rendered this morning by the Supreme Court of Canada doesn’t resolve the issue, it is still a “huge win.”

“The Supreme Court provided guidance now and articulated a test for impecuniosity (extreme poverty) that takes into account the First Nation perspective and reconciliation and recognizes that there may be some circumstances (in which) a First Nation government has some resources but it must allocate those resources to its pressing needs, which the Supreme Court defines broadly. So I think it’s a huge win in that respect,” said Brooks.

Impecuniosity is one of a three-part legal test that was set out by the Supreme Court in 2003. In the case of BC v. Okanagan Indian Band, the court ruled that the party seeking interim costs must demonstrate extreme poverty, have a meritorious case, and the issues must be of public importance. However, even if these three criteria can be met it does not ensure interim costs will be awarded.

In fact, such an award is rare.

The application for advance costs for Beaver Lake Cree Nation had worked its way to the Supreme Court in November 2021 after starting with the Alberta Court of Queen’s Bench in 2019. Then, the province’s lower court ordered the federal and provincial governments to pay $300,000 each annually to Beaver Lake Cree Nation to finance legal costs.

In 2008, Beaver Lake filed a statement of claim against Canada and Alberta. The First Nation said that the cumulative effects of development on their traditional territory was damaging their members’ way of life.

By 2019, Beaver Lake Cree Nation said it anticipated a $5 million legal budget and it had already spent $3 million on legal fees, about one-half from its own funds, and presently paid $300,000 annually.

Canada and the province appealed the decision for advance costs to the Alberta Court of Appeal, which found the lower judge had erred in applying the impecuniosity aspect of the three-part legal test.

In part, the Court of Appeal pointed to “fresh” evidence provided by Canada of a resolved specific claim of $2.97 million from Canada since 2019 and funds that Beaver Lake Cree had put into a Heritage Trust in 2014, six years after court action began.

Now, though, said Brooks, “we have very clear direction from the Supreme Court…on what is required. There's no debate about the test anymore.”

In the unanimous decision by the nine judges, a four-part test was set out to determine “whether the impecuniosity requirement can be met where (the) applicant has access to financial resources that could fund litigation but claims that it must devote resources to other priorities.”

The decision goes on further to say, “It is open to a court to decide that a First Nation government is impecunious when its prioritization of pressing needs, properly understood, has left it unable to fund public interest litigation.”

“Beaver Lake is really pleased with the articulation of the test…and in particular that it does recognize the First Nation perspective for its community priorities. I think that's really critical here. That supports Beaver Lake’s interest and self-determination and that it doesn't have the Crown dictating to them how they should be spending their money. That there’s space in the test for Beaver Lake’s priorities to exist, as they understand them, is really a big win and really is significant part of the test,” said Brooks.

“Ultimately now it's very clear what is required and Beaver Lake says it's going to meet the test, that it can meet the test,” said Brooks.

What would be “ideal” however, she said, is that Canada and Alberta simply negotiate those costs needed to allow Beaver Lake to take the litigation forward.

Brooks said that the new judge is not required to stick with the $300,000 set by the case management judge.

This application for advance funding has taken three years to make its way through the court system and even though it hasn’t been resolved, Brooks says Beaver Lake has not lost time in fighting the initial legal battle.

“They couldn't have been bringing the litigation anyway. They had no choice. They had no money to continue to litigate and so they had to bring this application,” said Brooks, noting that the fundraising they had undertaken “had dried up.”

The 120-day trial for the 2008 claim has been scheduled for January 2024. Brooks says it is too early to say if the date will need to be pushed back.

The Supreme Court also awarded solicitor-client costs to Beaver Lake Cree Nation for all three levels of court hearings, a form of special costs “where the case involves matters of public interest that are truly exceptional, where the applicant shows it has no personal, proprietary or pecuniary interest in the litigation…”

The court went on to say, “… in our view, the question of advance costs for a First Nation government claimant possessing resources of its own represents a truly exceptional matter of public interest. As we have explained, this is not only a case of first impression, but one that goes to the heart of the separation of powers.”