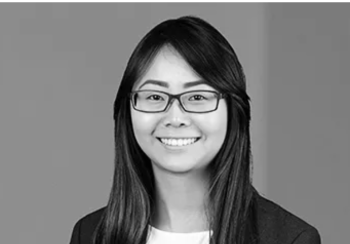 Grace Wu, an associate of the Aboriginal Law Group at Cassels

The Supreme Court’s decision “improves access to justice for Indigenous communities who are often juggling community needs while also trying to defend and advance their Sect. 35 rights in trust. Reconciliation should make it so they don’t have to choose between one or the other.” — Grace Wu, an associate of the Aboriginal Law Group at Cassels
By Shari Narine
Local Journalism Initiative Reporter
Windspeaker.com

A decision rendered last month by the Supreme Court of Canada in relation to the Beaver Lake Cree Nation could make federal and provincial governments rethink their litigation strategies.

On March 18, the Supreme Court ruled that just because the northern Alberta First Nation had access to finances that would cover its legal battle against Canada and Alberta, it didn’t mean that was how their money should be spent.

The Supreme Court sent the Beaver Lake case back to the lower Alberta court to rule on whether the First Nation should receive advance costs to continue its 2008 litigation against the governments in its fight against industrial and resource development on the First Nation’s traditional territory.

Advance costs are based on a three-part legal test that was set out by the Supreme Court in 2003. In the case of BC v. Okanagan Indian Band, the court ruled that the party seeking interim costs must demonstrate extreme poverty (impecuniosity), have a meritorious case and the issues must be of public importance.

In the unanimous decision by the nine Supreme Court judges last month, a four-part test was set out to determine “whether impecuniosity requirement can be met where (the) applicant has access to financial resources that could fund litigation but claims that it must devote resources to other priorities.”

The decision goes on further to say, “It is open to a court to decide that a First Nation government is impecunious when its prioritization of pressing needs, properly understood, has left it unable to fund public interest litigation.”

The Supreme Court’s decision “improves access to justice for Indigenous communities who are often juggling community needs while also trying to defend and advance their Sect. 35 rights in trust. Reconciliation should make it so they don’t have to choose between one or the other,” said Wu.

“It’s very fact specific, but overarching the entire analysis the court has residual discretion as to whether or not it grants advance costs. So it’s a little bit of a mixture of both (subjective and objective),” said Wu.

However, the Supreme Court stated that “pressing needs are not defined by the bare necessities of life. Rather, and in keeping with the imperative of reconciliation, they ought to be understood from the perspective of that First Nation government.”

In other words, says Wu, the circumstances of every First Nation will be considered on a case-by-case basis.

Another aspect of the advance-cost test, that “the issues must be of public importance,” may be the next ruling the Supreme Court will be forced to make.

“The court recognized that issues of Aboriginal and treaty rights and interests will often meet the public importance test, but I’m sure further clarity will be heard,” said Wu.

However, even if the criteria for advance costs can be met, that does not ensure interim costs will be awarded.

Beaver Lake Cree Nation’s application for advance funding worked its way to the Supreme Court in late 2021 after starting with the Alberta Court of Queen’s Bench in 2019. The province’s lower court had ordered the federal and provincial governments to pay $300,000 each annually to Beaver Lake to finance the legal costs.

Karey Brooks, legal counsel for the First Nation, told Windspeaker.com in an earlier interview that the decision on funding was needed in order for Beaver Lake to proceed.

In 2008, Beaver Lake filed a statement of claim against Canada and Alberta. The First Nation said that the cumulative effects of development on their traditional territory was damaging their members’ way of life. The case is scheduled to be heard January 2024.