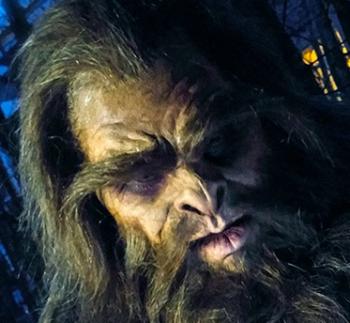 Standing in for Sasquatch in the film called Sasquatch’n

Sasquatch is the guardian of the forest, and when it comes across areas that are clear cut, Sasquatch becomes confused.

Two Haida film-makers—Kerr Moraes-Sugiyama, and Tamara Bell—are revealing secret society Indigenous knowledge about the great mystery of Sasquatch in their film called Sasquatch’n. The film is set to hit the festival trail on Nov. 11 with a screening at the Red Nation Film Festival in California, with showings across Canada as yet to be announced. The film will air on APTN in January, 2018.

Moreas-Sugiyama and Bell venture deep into the mystery of the creature, looking at it from Indigenous belief. Both went from being non-believers of Sasquatch to believers, as the story before them unfolded, they said.

“It was quite an experience. It was actually a beautiful blend of powerfulness and emotion. It’s a topic that I definitely got into and felt the passion for,” said Moraes-Sugiyama. This was her first time directing a film.

“Within our Tsimshian and Haida culture, I didn’t hear too much, but I moved to North Van 20 years ago and I’ve heard stories through Squamish friends... but the filming process has enlightened me more on how prevalent it is in a lot of B.C. Aboriginal communities,” she said.

The film is set as a sort of journey, taking the viewer all along the west coast of British Columbia and down the coast of the U.S. into California during the film’s one-hour run time. The underlying goal of the film is to uncover what specifically Indigenous people know, or believe, about Sasquatch. The film crew talks to experts, eyewitnesses, Indigenous Elders, and even primatologists, who have their own contributions to the story.

“I can tell you my most interesting experience… We visited Alert Bay, which is still considered an epicenter for sightings, and we interviewed Arthur Dick. He’s had multiple encounters and he actually has audio recordings,” she said, adding the team followed Dick into the forest one evening to a place where he had heard the Sasquatch “scream” in the past.

“He took us out on several searches, and he led us out into the dark… The camera guy and I—Matt—were in the lead… We looked behind us and the group was not anywhere near us. We both heard a noise, which stopped us in our tracks. Matt turned to me and mouthed ‘Did you hear that?’” They were so frightened they couldn’t speak. And she said she’ll never forget that noise.

Tamara Bell was the supervising director for the documentary. She was brought on board to oversee the filming process, and help Moraes-Sugiyama with her first major project. Bell, like Moraes-Sugiyama, was also surprised by much of what she learned and experienced, and not always pleasantly.

“It was a collaborative effort. We all worked together on it, and… what we were doing was really sort of first-time knowledge that has never been shared with primatologists or biologists or the general public,” said Bell of the information they got from the Indigenous people they consulted.

“There was a number of us. And it was myself and a healer that did a ceremony for the film…  This sounds crazy… the Sasquatch actually knew we were going to do this project,” she said.

According to Bell, after the ceremony was performed, the project unfolded quickly and easily. While the film is filled with information and tidbits that viewers will find fascinating, the most epic part is that Bell and Moraes-Sugiyama were let into Indigenous secret societies to hear their take on Sasquatch. The key difference between the western (European) perspective and the Indigenous one is that Indigenous people regard Sasquatch as being sacred, whereas non-Indigenous Bigfoot hunters tend to want to kill it for evidence, said Bell.

“There’s so many shows on the all these different networks, Tracking Bigfoot, Hunting Sasquatch, Tracking Sasquatch… In all of these it’s about killing a Bigfoot. In the Native world, what we find is the Sasquatch is the guardian of the forest. And when it comes across areas that are clear cut, Sasquatch becomes confused…. Some of the old songs describe Sasquatch as coming to a clear cut area and being saddened,” said Bell.

And the most profound message that comes out of all of their investigating is that Sasquatch is connected to a prophecy.

“We interviewed people from the Blackfoot and Navajo Nations, and three California tribes, and Alert Bay. And we interviewed people who primarily had deep historical knowledge that had been unfettered by colonization,” said Bell. “And the message Elders have been holding on to is the more we hunt for Sasquatch, the closer we get to the end of time,” she said. 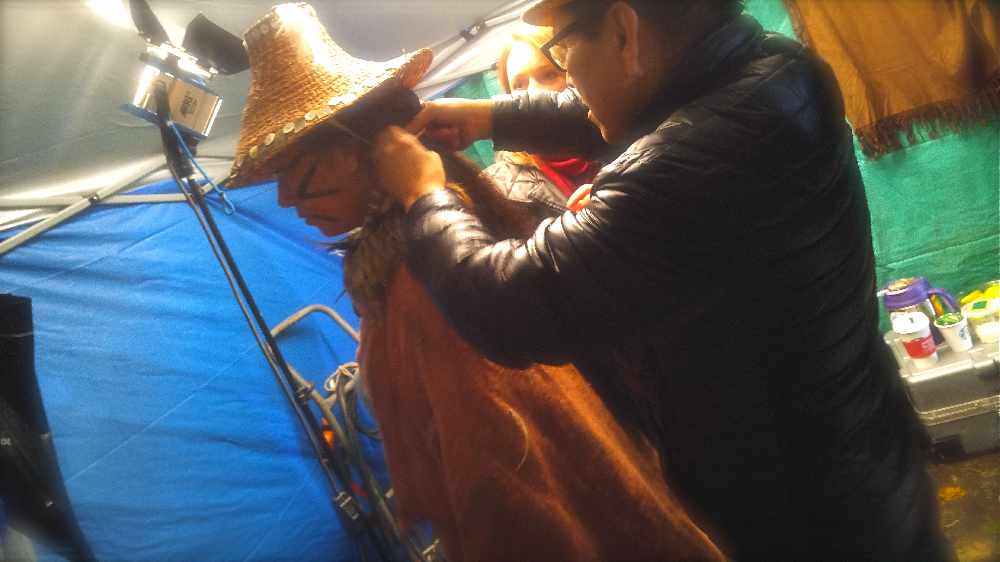 From the film called Sasquatch’n.