RED SNOW to become available May 15 for streaming 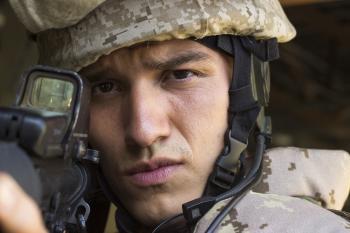 Dylan, a Gwich'in soldier from the Canadian Arctic, is caught in an ambush in Panjwayi, Afghanistan. His capture and interrogation by a Taliban Commander releases memories connected to the love and death of his Inuit cousin, Asana, and binds him to a Pashtun family as they escape across treacherous landscapes and through a blizzard.

This is the premise of Marie Clements’ film RED SNOW, which will become available for streaming and download on Apple TV beginning May 15.

RED SNOW is written and directed by acclaimed Métis playwright, director, producer, and screenwriter, Marie Clements. Clements’ credits include the documentary feature The Road Forward, Looking at Edward Curtis and her 15 plays, including The Unnatural and Accidental Women, have been presented on some of the most prestigious stages in the world, garnering numerous awards, including the 2004 Canada-Japan Literary Award and two prestigious Governor General’s Literary Award nominations.