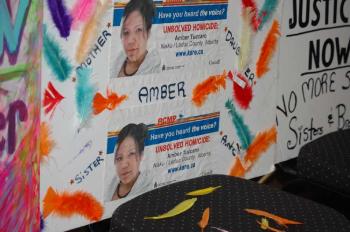 “We got something in black and white that says what we’ve been saying all along, that what should have been done wasn’t done.” —Paul Tuccaro, Amber's brother 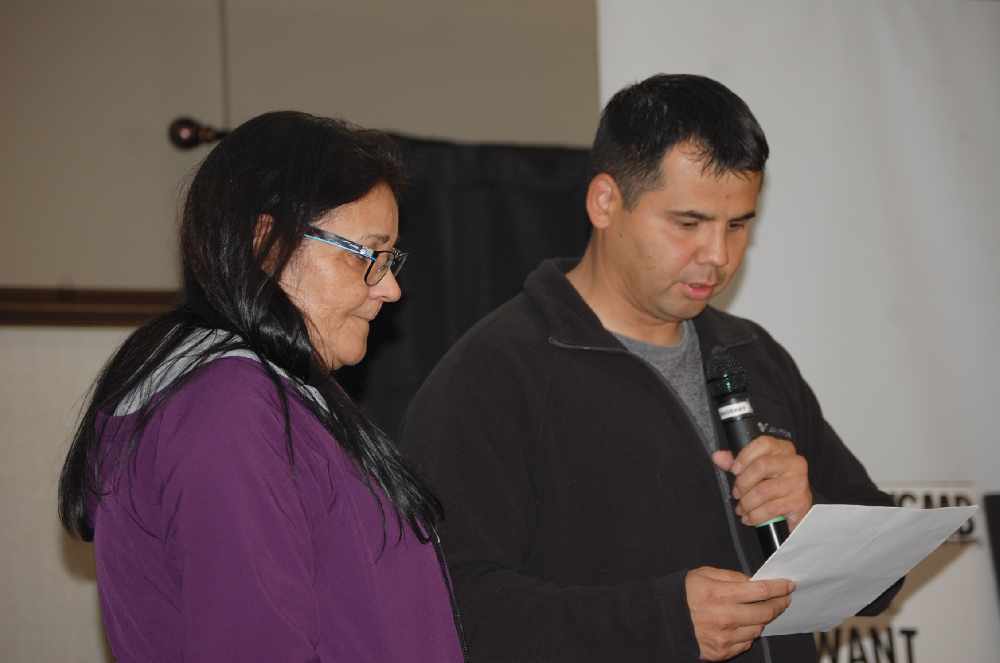 Vivian and Paul Tuccaro read a statement on the report they received into the RCMP’s investigation of Amber Tuccaro. Photos by Shari Narine

A report from the Civilian Review and Complaints Commission for the RCMP – four-and-a-half years in the making – puts onto paper concerns voiced by the family of Amber Tuccaro, who went missing in 2010 and whose remains were found in 2012, a victim of homicide.

“We now have a report and now know that my sister’s case was mishandled,” said Paul Tuccaro. “Had practises been followed we would not be here today and maybe my sister would be back at home taking her son to school and living out her life as God intended it to be.”

In March 2014, Vivian Tuccaro filed a complaint with the commission outlining the numerous ways in which she believed the Leduc RCMP as a whole and specific officers had botched their investigation of her missing daughter Amber. 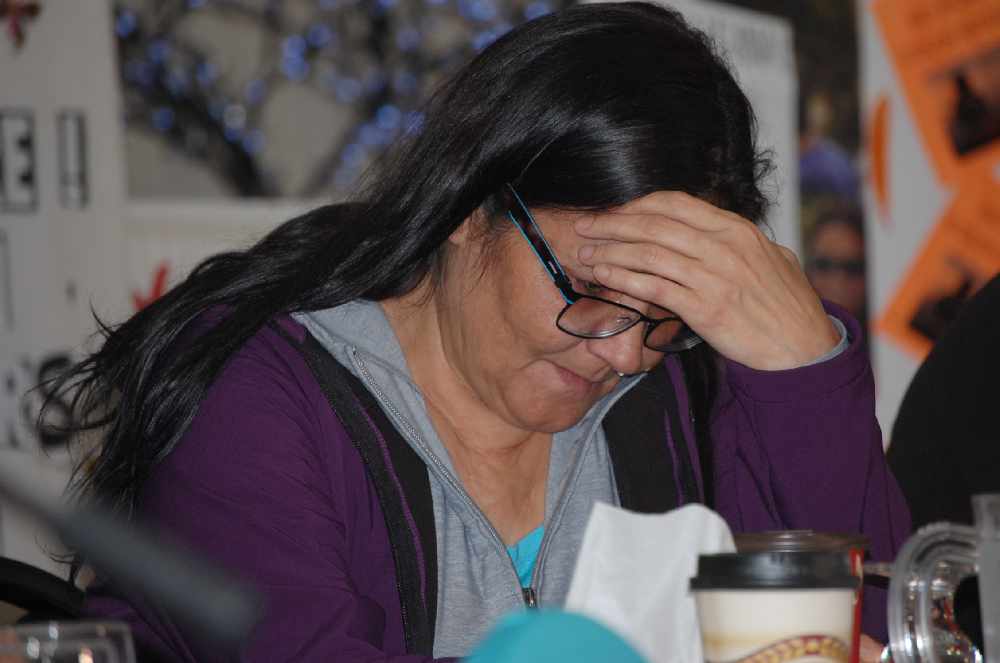 Vivian Tuccaro is overcome with emotion at a press conference Sept. 19.

Vivian reported Amber, 20, missing from Nisku on Aug. 19, 2010, the day after she had last been seen. Amber had flown from Fort McMurray into Edmonton International Airport with her 14-month-old son Jacob and another woman. She had hitched a ride to Edmonton and the RCMP has a recording of a telephone conversation she had while in that man’s vehicle.

In September 2012, Amber’s remains were found in a rural property in Leduc County. The remains of four other missing women were found in that area as well, two prior to Amber’s disappearance and two following the discovery of Amber’s remains.  All five homicides remain under investigation.

In an emotional press conference on Wednesday, Paul read snippets of the 120-page report, which includes 17 recommendations and 24 findings.

He said the family had not decided yet whether to release the entire report, which is their property, and would be seeking legal advice. He also said that they did not know why the report, which had been promised to them 12 to 16 months after the complaint had been filed, had been delayed. The report was completed Aug. 27 and was in the hands of the family a week later.

Paul did entertain the idea of presenting the report to the National Inquiry on Murdered and Missing Indigenous Women and Girls. However, he said he would stipulate the report be dealt with in an open forum and that his family be allowed to speak on it.

Among the points he shared were that the commission called the investigation “deficient” as various RCMP members were not properly trained, did not adhere to their training, did not comply with policies, and supervisors were remiss in following the investigation.  The commission also noted that approximately one month passed with no effort made to investigate the disappearance and that it took four months for the initial interview to occur. All this led to lost time in the investigation.

“We got something in black and white that says what we’ve been saying all along, that what should have been done wasn’t done,” said Paul.  “That’s the most important thing, I think, for us.”

He said they would continue to support other families with missing and murdered loved ones and hoped this report will help those families, too. 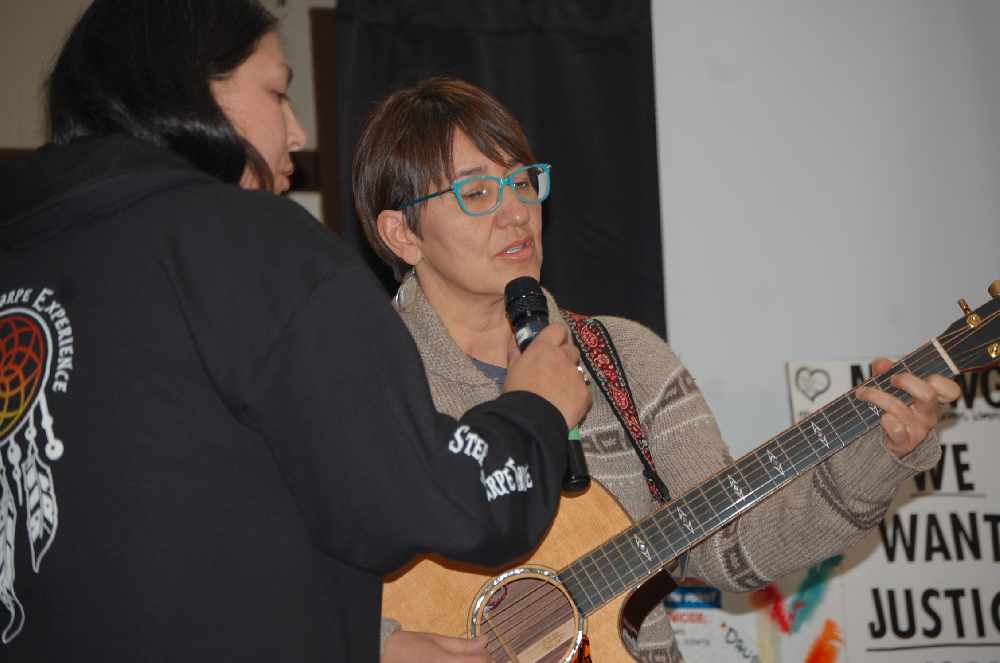 While the report is specific to the Leduc RCMP, Paul says from news stories and what he’s read online, he’s under the impression that other families have had similar experiences with investigations into murdered and missing family members.

Alberta RCMP acting commanding officer John Ferguson read from a prepared statement on behalf of RCMP commissioner Brenda Lucki. Lucki thanked the Tuccaro family “for having the courage to speak up about the injustices you experienced” and said she would be meeting with them privately to “further our reconciliation efforts.”

“The report does emphasize the fact that we, as an organization, could have done better and we fully accept that,” Ferguson said speaking afterwards.

He said the RCMP accepted the findings and the recommendations in the report and “we also recognize there’s more that can be done.”

Ferguson stressed that Amber’s case was still an active homicide investigation and encouraged anyone who had information, “even if it’s information you don’t think is relevant,” to contact the local police. 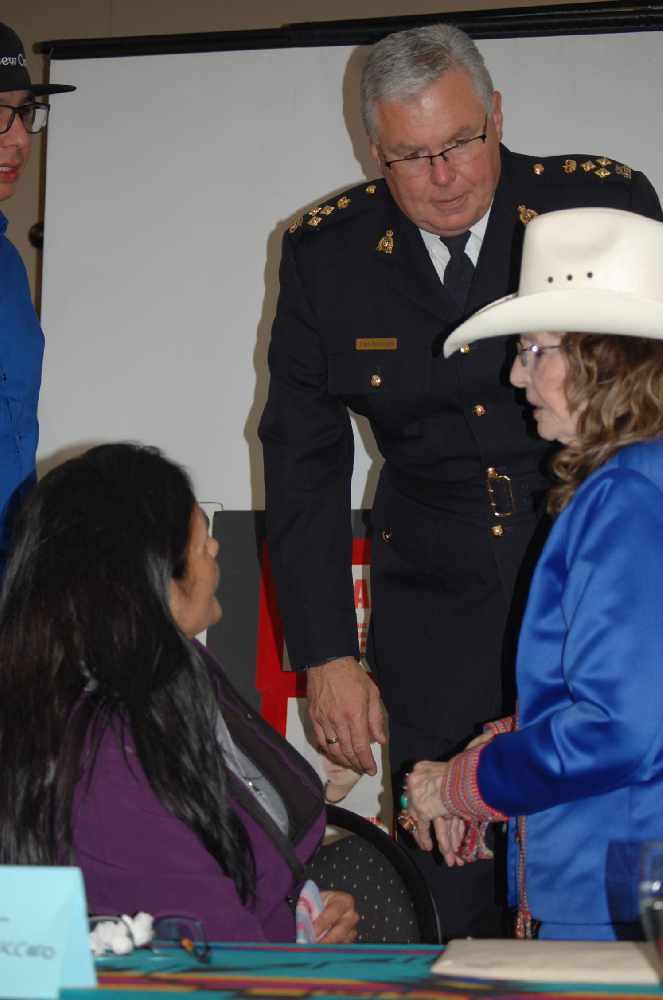