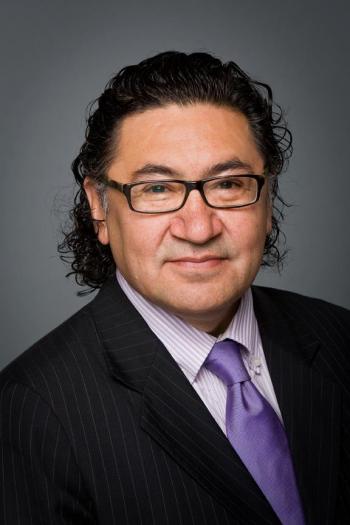 “These issues have been neglected for so long. I wouldn’t even today dare ask, ‘What is your priority’?"

“My first thought was, ‘Well, that was a dumb answer.’ And the fact that he repeated the same answer the next day, that became insulting for me,” said NDP MP Romeo Saganash in an interview with Jeremy Harpe of CFWE-FM, published today.

Saganash was responding to a comment made by Prime Minister Justin Trudeau during his recent town hall meetings in Saskatoon and Winnipeg, now infamously referred to as the ‘canoes and paddles’ comment.

Trudeau suggested that Indigenous leaders didn’t understand the needs of their own youth. Trudeau said the leaders tell him that young people need a place with TVs to hang out, while young people themselves tell the PM they want "a place to store their canoes and paddles so they can connect back out on the land."

“That statement was insensitive, ignorant, bordering on racist to my view,” said Saganash, who represents the northern Quebec riding of Abitibi–Baie-James–Nunavik–Eeyou, and who serves as the NDP’s Indigenous Affairs critic.

Saganash has since written a scathingly satirical letter to the Prime Minister to remind him that “the issues that Indigenous people in this country face are not only serious, but also very grave.”

The Prime Minister himself said that the most important relationship this government has is with Indigenous people, reminded Saganash. In that light, the PM’s comment was “crazy.”

Saganash said the real needs of Indigenous people are housing, and the youth talk about community centres and areas where they can take part in sporting activities. There is a real need for social and health services, Saganash said.

Trudeau has not yet responded to Saganash’s letter, but the MP is hopeful.

He gives Trudeau a grade of C-minus on his efforts on Indigenous issues so far. He said young children on Parliament Hill Feb. 14 who were participating in Have a Heart Day, spoke of how the Prime Minister has lied to Indigenous people.

“When the young kids of this country, both Indigenous and non-Indigenous, are calling you out, it’s because you are in trouble now.”

Listen to the entire interview with Jeremy Harpe here: https://www.youtube.com/watch?v=dFQGHKptm2s&feature=youtu.be

And read the letter by MP Romeo Saganash here: http://s3.documentcloud.org/documents/3458506/Canoes-and-Paddles-Long.pdf