Powwow will go ahead, but organizers can’t guarantee safety of participants 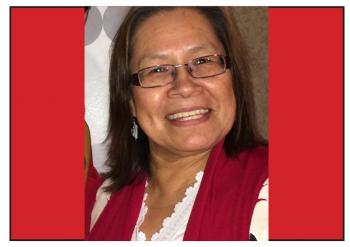 “If the police try to stop us, what law will they try to follow?” — powwow organizer Susan Esau

The Waskaganish Traditional Gathering will be going ahead this weekend despite a referendum opposing the event.

Organizer Susan Esau admits she is concerned about what may happen, particularly if the Eeyou Eenou Police Force come on site to break up the powwow.

“Some people are worried about their safety, the ones who want to come with their children. I can’t guarantee that they will be safe,” said Esau.

“I don’t know what will go on.  It could be something peaceful. I don’t know.”

The results of a two-day referendum asking for approval of the powwow to take place in Waskaganish Eeyou Nation in Quebec were posted on Sept. 18. The final tally indicated that 57.5 per cent of those who voted were against it, while 36.2 per cent approved of the event.

The numbers surprised Esau, who hosted a well-attended meeting the previous Friday to discuss the powwow. At the Christian community of about 2,000 people with four churches—two Pentecostal, one Baptist and one Anglican —and a Catholic chapel, religion was a popular topic at the meeting despite Esau’s assurances that powwows are about dancing and socializing.

“It has nothing to do with what belief systems people have,” she said.

For the referendum to be binding, 403 of the 2,014 electorate had to vote. Four hundred and twenty-six marked ballots.

The same day the referendum results were posted, Esau received a letter from the, the Anglican Church stating that the Diocese of Moosonee “affirms the value of holding pow wows and other gatherings in local communities as an appropriate way of bringing people together, celebrating life, and renewing traditional Cree identity and culture.” The diocese went as far as to encourage Anglican clergy to attend.

Esau doesn’t believe the letter would have made any difference at Friday’s meeting.

“I tried to explain it in so many words but people just don’t want to understand. To me, it’s like they fear that we’ll bring in something evil,” said Esau.

If the referendum results in a band resolution from chief and council shutting down the powwow, it won’t make a difference, says Esau.

“They’re trying to take away people’s rights. That’s why I keep going forward,” she said.

Esau doesn’t believe any legal actions can be taken against her.

“If the police try to stop us, what law will they try to follow?” she said.

Esau says surrounding communities have been reassuring her that similar conflicts arose when they started their powwows. Now, they are accepted events.

Esau adds that Facebook messaging – both for and against the powwow – has reached what she considers cyberbullying.

“I always promote to be kind, to be mindful of your words, to be respectful of one another,” she said.