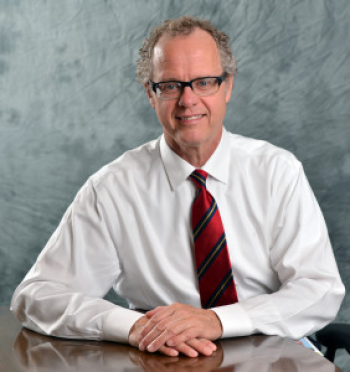 Brian McGuigan, manager, Aboriginal policy with the Canadian Association of Petroleum Producers, will be discussing the United Nations Declaration on the Rights of Indigenous Peoples.

With the federal government’s approval of two major pipeline projects, the time is now for the petroleum producing companies to talk with Indigenous communities about views on the United Nations Declaration on the Rights of Indigenous Peoples.

It’s a discussion Brian McGuigan, manager, Aboriginal policy with the Canadian Association of Petroleum Producers, will be leading on Dec. 15 in Calgary when he talks at the Circle for Aboriginal Relations 12th annual general meeting.

This past April, the petroleum producers released a five-page discussion paper on the implementation of UNDRIP, said McGuigan, and was prompted by commitments from the federal and Alberta governments to adopt UNDRIP.

The association represents companies that explore for, develop and produce about 85 per cent of Canada's natural gas and crude oil.

In the paper, the producers stated they endorsed “UNDRIP as a framework for reconciliation in Canada. We support the implementation of its principles in a manner consistent with the Canadian Constitution and law.”

McGuigan points out that Canada is unique in that it is the only country he knows of that has explicit protection of Aboriginal rights in its Constitution.

“We don’t think there’s a real need to be rewriting the Constitution or rewriting Canadian law. So it’s a good starting point to begin a conversation. But we don’t have a detailed prescriptive view of what that actually means,” he said.

Dialogue to date with Indigenous communities and organizations has been sparse, said McGuigan, although he notes some discussion regarding UNDRIP has taken place with Treaty 8 in Alberta and on a wide range of topics with the Métis National Council.

“We’re not coming with an answer book. I’ve said to some leaders that if you want to come with a blank piece of paper, we’re happy to do that, too,” said McGuigan.

The associations’ paper notes actions undertaken by many of its members, which it states are consistent with UNDRIP:

Right now, many of the association’s members negotiate impact and benefit agreements with Indigenous communities around large projects, he said.

While resource revenue sharing is not included in the association’s paper, it does not mean that’s not open for discussion.

“There’s a lot of things we don’t say are on the table, but there’s a lot of different ways of addressing prosperity. We didn’t want to get into a discussion paper that lists out possible solutions. I don’t think that’s a productive way to enter a conversation,” he said.

“I’d love to be engaged in an ongoing dialogue with Indigenous communities about all the issues that we’ve raised in our paper. That’s not going to be an easy conversation for any of us. We’ll get pushed and that’s great, that’s a good thing. But I don’t want to judge where that conversation might end up going,” he added.

McGuigan says the petroleum producers association has been examining the role it can play moving forward.

“We do have the ability to bring companies together. So it’s the power to be able to convene dialogue and so we can work on issues that are broader than project-specific issues,” he said.  Some of those conversations include implementing UNDRIP or delving into provincial or federal policy questions that relate to Indigenous people and resource development.

He does note that many companies are beginning to create policies that endorse UNDRIP as a framework.