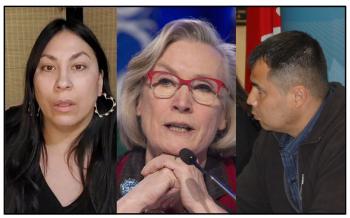 "Indigenous voices, especially those of us with lived experiences, need to be the key voices leading this type of work and making the necessary decisions and recommendations going forward.” — April Eve Wiberg of the Stolen Sisters and Brothers movement in Edmonton
By Shari Narine
Local Journalism Initiative Reporter
Windspeaker.com

“Strategic oppression” is the phrase activist Stephanie Harpe uses to describe the appointment of a non-Indigenous man by federal Liberal Minister Carolyn Bennett to head the Missing and Murdered Indigenous Women and Girls (MMIWG) secretariat.

The appointment was made public by the Native Women’s Association of Canada who sent a letter to Bennett, Crown-Indigenous relations minister, on Aug. 31 calling her out for naming Bruno Steinke as the executive director for the secretariat.

“That is strategic oppression. They’re making sure that every job that has the power of change is not employed by an Indigenous person. That’s strategic to make sure that things don’t get fixed,” said Harpe.

Harpe’s mother, Ruby Anne McDonald, was murdered in 1999 in Edmonton. As of yet, no one has been charged by the Edmonton Police Service.

Paul Tuccaro of the Mikisew Cree First Nation in northern Alberta also sees the appointment as a control issue.

Tuccaro’s sister Amber, 20, was last seen in August 2010 in Nisku, Alta. Her body was found two years later in a field nearby. No charges have been laid by the RCMP in her murder.

Tuccaro believes that appointing an Indigenous person would mean the government would have to allow them access to all the information and not be able to filter it. A non-Indigenous person, however, is not invested in the position or the cause, he says.

Creating the secretariat and appointing a non-Indigenous executive director is the government saying “‘we’re going to do all this because we have to, but we’re not going to have you guys 100 per cent in control. We’re going to make you think it, but really we have the person we want there’,” said Tuccaro.

The secretariat, established this past June, will be funded with $24.5 million as allocated in the Liberal’s 2021 budget. It is in charge of coordinating the work needed to implement the government’s action plan in response to the 231 Calls for Justice that came from the National Inquiry into Missing and Murdered Indigenous Women and Girls and gender-diverse people. It submitted its final report in 2019.

April Eve Wiberg of the Stolen Sisters and Brothers movement in Edmonton says people in the community are outraged and confused by Steinke’s appointment.

“It just seems like that typical dance. Two steps forward, 10 steps back,” she said.

Tuccaro says it’s clear that Bennett did not listen to anything that survivors or family members had to say, whether directly to her in presentations or conversations or through the not-quite three years of public hearings held by the national inquiry. Both the Tuccaro family and Harpe shared their stories during those sessions.

Harpe says the government refuses to take direction from Indigenous people and put them in charge because “there’s profit in suffering, plain and simple.”

In her letter, Groulx accused Bennett of continuously ignoring NWAC.

“It is clear you are intent on doing what you think is right, but not what is right for Indigenous women, girls, and gender-diverse people.”

Groulx also chastised Bennett for not consulting with NWAC before she appointed Steinke.

"Indigenous voices, especially those of us with lived experiences, need to be the key voices leading this type of work and making the necessary decisions and recommendations going forward,” said Wiberg.

“These individuals would protect the sacred work being done within a reformed and Indigenized system, one that takes in account and gives agency to the lived experiences of our missing, murdered, and exploited Indigenous communities."

The executive director for the secretariat should be someone “who went through it,” agrees Tuccaro.

“I don’t think they tried hard enough to find someone. How many First Nations people qualify? They should have appointed someone who is living it every day,” he said.

Harpe says Bennett’s action is just one more reason why Indigenous people have to keep working at the grassroots level.

Tuccaro and his family are no strangers to doing that work.

“Look at my sister’s case,” he said. “If they did the right thing, we wouldn’t be where we’re at today.”

In March 2014, Vivian Tuccaro, Amber’s mother, filed a complaint with the Civilian Review and Complaints Commission (CRCC) for the RCMP. She outlined the numerous ways in which she believed the Leduc RCMP, as a whole, and specific officers had botched their investigation of her missing daughter.

Four-and-a-half years later, in September 2018, the CRCC released its findings and confirmed the RCMP had mishandled the investigation. It took almost a year, in July 2019, for the RCMP to publicly apologize to the Tuccaro family.

“The way I see it, if we sit back and do nothing, nothing will happen,” said Tuccaro.

He added that “big news (would be) coming out in the next little bit” regarding his sister’s case.

Windspeaker.com sent an email to Bennett’s department with an itemized list of questions regarding Steinke’s appointment. The reply did not address any of those questions, not even naming Steinke nor confirming his appointment.

However, department spokesperson Kyle Fournier wrote, “… Processes were launched to staff positions on a permanent basis including for the position that will lead the secretariat. These processes are under way and have not yet been completed.”

It is unclear if that means Steinke’s appointment is interim.

Steinke has held a number of positions with the federal government, including working in the Privy Council Office as assistant secretary to the Cabinet in the area of review of laws and policies related to Indigenous peoples. He has also worked in the private sector.

Fournier pointed out that a senior assistant deputy minister and a deputy minister, both of whom are Indigenous, had been actively involved in the MMIWG work over the past years, including leading the federal role on the core working group, which assisted in coordinating the government’s national action plan, which was revealed this past June, two years after the national inquiry called for such a plan. 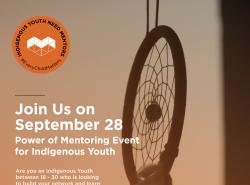