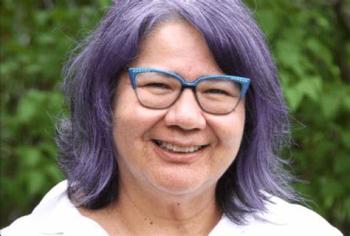 “Why do we continue to talk cyclically when we can actually start to change the dynamics and have a new deal for First Nations on Turtle Island, and with the Canadian government particularly?” —Assembly of First Nations National Chief RoseAnne Archibald
By Shari Narine
Local Journalism Initiative Reporter
Windspeaker.com

Assembly of First Nations National Chief RoseAnne Archibald wants to change the conversation when it comes to the annual federal budget, especially after financial commitments were revealed April 7 by Finance Minister Chrystia Freeland.

“What we ended up with obviously was not what First Nations had identified as being needed and it really made me wonder about the budget cycle process and why the government continually asks us what our needs are and then purposefully underfunds us,” Archibald told Indigenous news media in a virtual conference Friday.

Archibald said discussions were held with Freeland and the needs of First Nations were outlined by the AFN in a line-by-line pre-budget submission to the House of Commons Standing Committee on Finance.

What the AFN asked for—including in specific areas such as connectivity, the implementation of the Supreme Court of Canada’s fisheries decisions, lands issues, restorative justice, implementation of the Calls for Justice in the Missing and Murdered Indigenous Women and Girls national inquiry—was not delivered.

Over a five-year period, the federal budget committed in a section specific to Indigenous needs entitled “Moving Forward on Reconciliation,” almost $10.6 billion. That figure is about one-tenth the amount the AFN said First Nations needed in that same time frame. The AFN asked the Liberal government for a commitment of $104 billion.

“It led me to contemplate what is it we really need out of the federal government. How do we change the budget cycle process?” said Archibald.

She was also looking at a way to change the usual response offered by national chiefs to the federal budget: Those are good investments, but not enough.

Archibald said she was “triggered” after reading an article that the federal government was going to experience a $90 billion windfall as a result of inflation and commodities.

“Why do we continue to talk cyclically when we can actually start to change the dynamics and have a new deal for First Nations on Turtle Island, and with the Canadian government particularly?” she said.

Archibald’s public musings about changing the budget conversation got the ear of Indigenous Service Canada Minister Patty Hajdu and the two met for a “really great” conversation Friday morning.

Moving forward, Archibald wants to see a national economic growth, wealth building prosperity table created with conversation focused on “how do you share the wealth of this country with First Nations?”

Some budget highlights include:

$75 million to implement the United Nations Declaration on the Rights of Indigenous Peoples Act;

$3.9 billion to invest in housing for Indigenous communities;

$275 million for addressing the “shameful” legacy of residential schools;

$39 million for the purchase of firefighter equipment; and,

$131 million for partnering with Indigenous peoples in natural resource projects.

Noticeably absent in the section dedicated to Indigenous spending are the legal settlements of $40 billion for child welfare and $8 billion for long-term on-reserve boil water advisories.