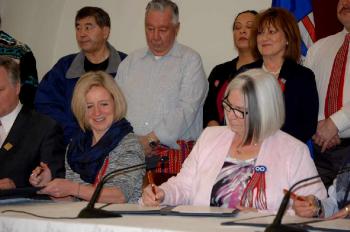 The Métis Nation of Alberta has signed a second agreement with another level of government this week.

On Feb. 1, two days after signing a memorandum of understanding with the federal government, MNA President Audrey Poitras added her name to a framework agreement with the province.

“While we still have much hard work to do to in order to advance real reconciliation with Alberta Métis, I believe we are on the right path and we have friends provincially and federally who want to make progress and achieve results and, as always, the MNA is a willing partner,” said Poitras.

The 10-year framework agreement with the province, which was developed collaboratively, sets as one of its purposes “clarifying and defining the nation-to-nation relationship” between the province and the MNA.

That, gives the agreement strength, said Poitras, who said that since the first agreement was signed in 1987, successive agreements have seen the Métis lose ground.

“This framework agreement recognizes we have a nation-to-nation relationship and that we need to work together to finally put a government-to-government relationship in place,” said Poitras, who added that the agreement acknowledges that the MNA is not an association, but represents Alberta’s Métis.

The framework agreement outlines priority issues identified by the MNA: environment and climate change; education and training; health and wellness; women’s issues; economy and employment; housing and infrastructure; and, culture and heritage.

“By including specific matters in there I think it helps hold us to account a little bit more and gives us a shared focus of the path that we’re taking forward,” said Premier Rachel Notley.

She said her government had a “deep respect” for the rights of the Métis, which are embodied in the framework agreement.

Poitras said past governments have failed to recognize and respect Métis self-government structures and Métis rights, which has been “so destructive to our people, our communities”

Poitras noted that the province will also have a role to play as the MNA moves forward with the federal government on the MOU it signed Monday in Ottawa. That MOU, the second of six stages in the federal claims resolution process, establishes an exploratory discussion table.

“It definitely all fits together,” said Poitras of the two back-to-back agreements. “It’s v 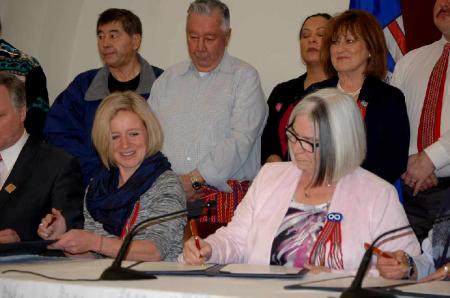 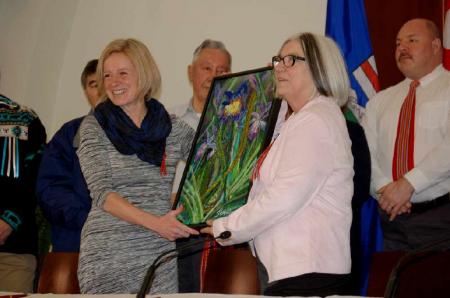 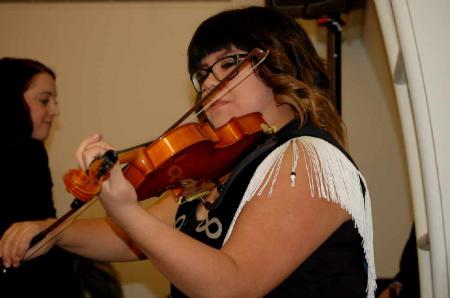 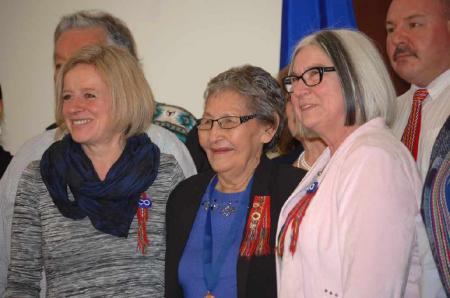 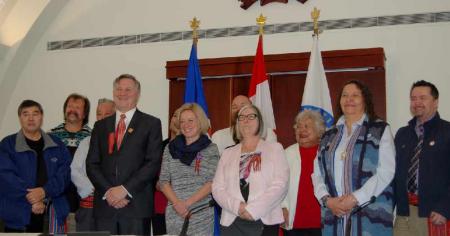 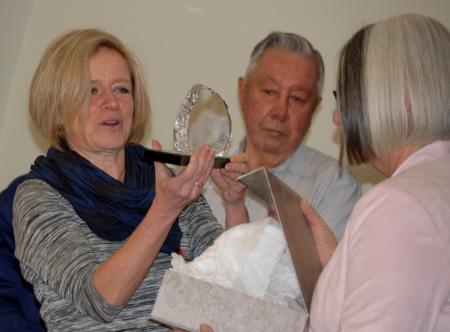