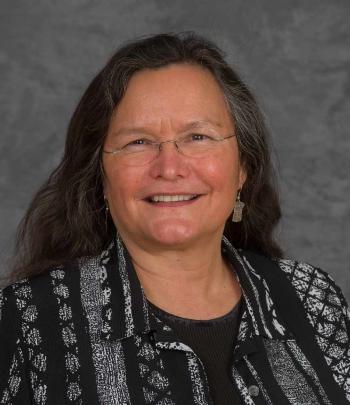 Actions speak louder than words. That’s the message Bev Sellars wanted to get across.

She paid less than $200 and presented her driver’s licence as identification and then went on line to stake a claim on land owned by British Columbia’s Energy and Mines Minister Bill Bennett. Sellars says she only has to give Bennett eight days’ notice before she can start exploration work on his property.

Sellars, who is chair of BC’s First Nations Women Advocating Responsible Mining (FNWARM), says she hasn’t heard from Bennett and there was no requirement for her to contact him to let him know she was staking a claim on his land.

“I actually expected to be stopped somewhere along the way to make me verify I had I contacted him. This was private property. I thought there would be something to stop me from doing it, but I was amazed there was nothing. It was so easy to stake his property,” said Sellars.

“Getting mineral tenure is a simple process,” said Jonathan Buchanan, communications director with the Association for Mineral Exploration British Columbia, which represents thousands of members who are engaged in a variety of ways in mineral exploration and development in BC and throughout the world.

Buchanan says he was aware that FNWARM had staked a claim on Bennett’s land. But mineral exploration is not permitted near a dwelling, on harvested land, or an area that’s under fruit or vegetable production.

“So, in practicality, if you do stake a claim in an urban area, you would not be able to conduct mineral exploration,” he said.

Sellars concedes there are exceptions to working on private property. She pointed out, however, “The basic fact is I now have a right on his property and I will definitely consider all of my options.”

The parcel of land the claim is staked on includes other private property along with Bennett’s property in the Cranbrook area.

Sellars took the action this week as the mining association holds its annual Roundup event in Vancouver.

“We’re always dealing with mining issues in our territory. One of the issues that we’re dealing with is how ridiculous online staking is,” said Sellars.

The act was to draw attention to plaster mines.

“In my territory (Ktunaxa) there’s so much plaster mining and they send in a referral thing, but they don’t have to come and talk to us and whatever and we’re so overwhelmed. It’s not the way to do business. It doesn’t respect First Nations territories,” said Sellars.

“Basically people who have plaster mines can pretty much do whatever they want out there and there isn’t a lot of government people going out there checking on them to make sure they’re doing what they’re supposed to do. It’s just an absolutely ridiculous system,” she said.

She points to the fact that Bennett’s home is located in the Ktunaxa territory, but at no time when she was staking claim was she told to get permission from the Ktunaxa. She did follow protocol and inform the Nation about what was happening.