Mentors being sought for Indigenous youth throughout Alberta 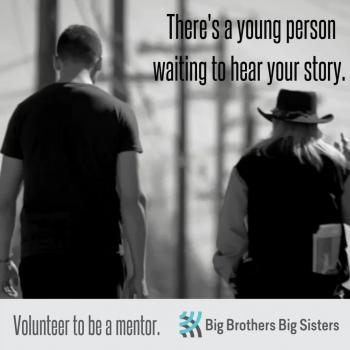 National Indigenous Peoples Day June 21 is an opportunity to celebrate and reflect, in part, on the past.

But Tanya Tourangeau, who has been working as the Indigenous engagement lead for Alberta Mentorship Partnership (AMP) for the past six months, believes it’s also the perfect time to bring awareness to the current and future needs of Indigenous peoples.

Tourangeau said there are currently 50 Indigenous children seeking mentors on waitlists for Edmonton and Calgary youth-serving agencies. But that number is significantly greater throughout the province.

“Across Alberta there is at least a waitlist of 500 Indigenous youth that are waiting for mentors,” she said. “That’s a big gap that we want to fill.”

“This webinar is to celebrate National Indigenous Peoples Day but also to bring that awareness and to show different ways that we can support by building programs that incorporate cultures and traditions and real authentic programming for them,” Tourangeau said.

To register go to: https://us02web.zoom.us/webinar/register/WN_W2nOjBqtS3y3hVcp_X86Kg

Tourangeau is hoping some individuals will tune in for the Zoom session and then sign up to serve as mentors.

Tourangeau said she is not sure of the exact number of Indigenous mentors in the province now.

“There’s not great data and Indigenous mentoring is often informal and has natural supports,” she said. “But we know there is a huge need of Indigenous youth who want mentors, Indigenous and non-Indigenous.”

“I think because a lot of our youth are suffering with isolation and being mentally healthy, that there has been a focus on mentoring and people not only signing up to need a mentor but also thinking about becoming a mentor,” she said.

Tourangeau said AMP officials are doing their best to inform the public just who can serve as a mentor.

“I think becoming a mentor at first is intimidating,” she said. “I think a lot of people don’t necessarily see themselves as a mentor or they think that is should be someone else. But a mentor doesn’t have to be anyone special or people with degrees or a successful person. Everyone can be a mentor. Everyone has a story to share.”

Tourangeau said it’s easier than ever now to be a mentor.

“Right now, since the pandemic, there’s virtual mentoring as well,” she said. “It doesn’t necessarily have to be a huge time one-on-one commitment. Sometimes just having someone to talk to through the phone or the Internet is a great way to offer a young person support.”

Tourangeau also said there is no specific time commitment required to be a mentor.

“We’ve gone away from saying specifically what we want a mentor to sign up for,” she said. “It could be a one-time session or it could be an ongoing relationship that you define together with a young person.”

AMP officials are also trying to promote the fact that families can also serve as mentors instead of just one individual.

“It’s always been a possibility,” she said. “We just wanted to show all the different ways that you can mentor because team mentoring or in-school mentoring is huge. And there’s a great need for it. I think it would be a beautiful thing for a family to mentor youth together.”

Tourangeau said family mentorship is not a new idea.

“It’s not a new concept but we’re sharing it in a new way to expose families so they understand that’s an opportunity,” she said. “If we provide that opportunity, maybe we can get more people to sign up as mentors.”

Tourangeau is hoping one day soon enough pairing up of mentors and mentees is accomplished to eliminate wait lists for those seeking mentorship.

“It would be amazing if we reached that goal by the end of the year,” she said. “Already the 50 children (in Edmonton and Calgary) have been on the waitlist for two years. I think the more we build awareness about the need for Indigenous youth and mentors, more people will sign up.”

Mentors are being sought for those ages four to 24.

More information on all mentoring opportunities in Alberta are available at the AMP website https://albertamentors.ca/