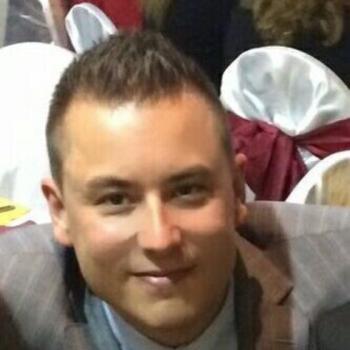 “There’s been an unprecedented effort to silence opposition with either a carrot or stick…Even some of my allies are hesitant about it because of the amount of intimidation and fear.” — Lethbridge Métis local president Adam Browning
By Shari Narine
Local Journalism Initiative Reporter
Windspeaker.com

Lethbridge Métis local president Adam Browning is feeling a little alone in the actions being taken to bring about a change within the Métis Nation of Alberta.

“I’d like to see a unified Métis Nation of Alberta. Just one under better leadership. I think this can still be fixed. It just requires elections, and that the community has its say on a fresh group of faces,” said Browning.

To that end, Browning has been joined by Jeannette Hansen, president of the Medicine Hat Métis local, in putting forward a special resolution scheduled to hit the floor tomorrow, the third and final day of the MNA's annual general assembly.

The resolution calls for the provincial council to be elected in September, as set out by the bylaws.

At a June meeting held in Grande Prairie, that election was postponed until 2023.

Browning and Hansen’s resolution outlines discrepancies that occurred before and during the June 4 special meeting, which was called by the existing provincial council.

A 2023 election, asserted the provincial council, led by President Audrey Poitras, would coincide with completion of the MNA’s new constitution, a draft of which is on the AGA agenda.

Browning said the Métis Judiciary Council, a quasi-judiciary body of the MNA, ruled in July that although the 21-day notice for the June special meeting had not been met, it was still allowed by the bylaws.

Browning admits he was expecting such a ruling from the MJC, as its funding comes directly from the MNA. Browning is even expecting the provincial council to use the MJC ruling to pull his special resolution from the floor, which means no discussion about holding the regularly scheduled September election.

Adding to Browning’s frustrations is an ordinary resolution he says he’s hearing about, also to be introduced Saturday to approve the draft constitution and send it to a ratification vote this fall. But, Browning has yet to see that ordinary resolution.

A request by Windspeaker.com for a copy of that ordinary resolution received “acknowledgement” from Corey Hobbs, Poitras’ chief of staff, but was not provided.

As far as Browning and his local are concerned, there hasn’t been enough consultations on the constitution to support holding a ratification vote this fall.

He points out that the 21-page draft constitution document was only posted on the MNA website on July 26.

Browning is concerned about some of the changes being proposed in that draft constitution, which includes removing Métis locals and replacing them with district structures. The boundaries of those districts and how they will be determined is not outlined in the constitution.

However, Browning isn’t holding out much hope that the AGA will conclude with any other decision than to move forward with the draft constitution.

He’s alleging that the provincial council has stacked the meeting with supporters of their agenda; that close to 200 hotel rooms for those supporters have been booked and paid for by the MNA, so council has enough votes to pass the resolution for constitutional ratification in the fall.

Windspeaker.com asked Hobbs for comment on this allegation, specifically, and were merely thanked for the inquiry. There was neither confirmation nor denial nor any further information provided about the allegation.

“They’re paying for dozens and dozens of people to go up and vote for something that isn’t reflective of the community,” said Browning.

He admits he has no financial records to back up that claim, but he says it hasn’t been for a lack of asking. He is the treasurer of his region and while he has received hundreds of pages of consolidated financial records to review, he says, “some of the key pieces that would give out transparency on financials are not readily available.”

He also says that requests he’s made to Crown-Indigenous Relations Minister Marc Miller for a funding review grievance resulted in 25 redacted pages “for apparent privacy legislation (reasons)…even though this is my organization and my group.”

Browning doesn’t stand alone on requests to Miller for financial information on the MNA.

On July 22, a group of local presidents in Region 4 informed Miller and Indigenous Services Canada Minister Patty Hajdu by emailed letter that their request to the MNA provincial council for information on $90 million of federal contributions paid to the organization had gone unanswered.

“Further, this lack of transparency over a large amount of public funding provided to a purportedly public body (MNAA) is troubling. It is especially concerning that the very beneficiaries of this funding are not even allowed to see what, if any, funding is earmarked for our constituents,” reads the letter.

“There’s been an unprecedented effort to silence opposition with either a carrot or stick…Even some of my allies are hesitant about it because of the amount of intimidation and fear,” he said, adding they fear litigation against them, and grassroots members can’t afford to defend themselves in court.

Browning says he will discuss next steps with his local council, as well as other allies in the region, if his special resolution is either not voted on or defeated.

“All options are on the table,” he said, including legal action.

The MNA annual general assembly began Thursday and will carry through until Aug. 7 in Calgary at the Grey Eagle Resort and Casino.