LISTEN: ‘I don’t want to fuel the flame, but…’: Tom Jackson on rumour of North of 60 reboot 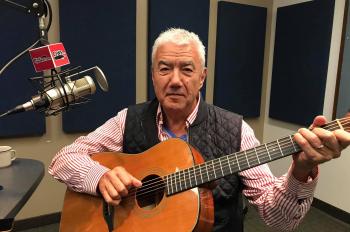 “When we finished the series I felt that we had accomplished something that would establish a new view, a new window, into what it’s like to work on a First Nation, in a First Nation community.” —actor Tom Jackson

Tom Jackson visited with Windspeaker Radio CJWE 88.1 FM Calgary to talk about his movie Cold Pursuit with Liam Neeson, a possible North of 60 reboot and more.

Jackson plays a Native American crime boss, and he tells Jeremy Harpe that the role was an adventure for him.

“That’s not normally the kind of role that I play.”

Shot primarily in chronological order, the filming sequence helped Jackson nail down his character’s motivation. In the film he loses his son to violence and goes on to attempt to avenge that death.

Jackson said filming was a blast and he would do it again.

Out of that work came relationships with both Neeson and the producers of the film, and a potential series.

“It will be an international concern,” Jackson says.

Jackson may be best known for his role as Chief Peter Kenidi on the hit television series North of 60. The series wrapped in 1997, but it still has a cult-like following.

“When we finished the series I felt that we had accomplished something that would establish a new view, a new window, into what it’s like to work on a First Nation, in a First Nation community.”

The series has been in re-runs on APTN, and it doesn’t surprise Jackson that it resurfaced over all this time later because he views the stories as timeless.

“It’s thrilling for all of us… It’s a real solid part of my life.”

Jackson responded to rumours that there could be a North of 60 reboot on the horizon.

“I don’t want to fuel the flame, but…” Jackson said there has been a conversation with the series’ producer who asked if he would be interested in going back into North of 60, and Jackson answered in the affirmative.

“But other than that that’s all I really know.”