Language situation is urgent, with no quick fix, says Minister 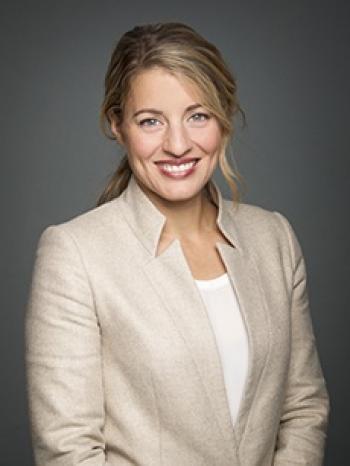 Prime Minister Justin Trudeau has committed his government to working with Indigenous peoples in creating and enacting an Indigenous Languages Act.

Speaking Tuesday on the opening day of the Special Chiefs Assembly for the Assembly of First Nations, Trudeau said residential schools and other government actions tried to eliminate Indigenous languages and cultures.

“If we are to truly advance reconciliation we must undo the lasting damage that resulted. So today I commit to you that our government will enact an Indigenous Languages Act co-developed with Indigenous peoples with the goal of ensuring the preservation, protection and revitalization of First Nations, Métis and Inuit languages in this country,” he said, receiving applause and a standing ovation.

Three of the 94 calls to action outlined by the Truth and Reconciliation Commission reference work the federal government needs to do in the area of language and culture, including the creation of an Aboriginal Languages Act, and with that provide sufficient funding for language revitalization and preservation.

The TRC states that “preservation, revitalization, and strengthening of Aboriginal languages and cultures are best managed by Aboriginal people and communities.”

“We know that when it comes to most Indigenous languages and cultures, the situation is urgent and there is no quick fix for a situation that has developed over generations,” said Joly. “We know that parliament is the forum for a long-term solution. We know that legislation would bind future generations and this is exactly why we are doing it.”

Joly said that according to the United Nations, 90 Indigenous languages are spoken in Canada and two-thirds of them are considered endangered.

“We understand the devastating impact that the loss of an ancestral language can have on peoples’ sense of identity and connection,” she said.

Prior to the start of the Special Chiefs Assembly, AFN National Chief Perry Bellegarde had stated that the revitalization of Indigenous languages was a priority he wanted the government to set.

Before Joly was draped with a star blanket, Bellegarde said the AFN’s chiefs committee on languages would be working closely with the Department of Heritage on this endeavour.

“The commitment is here,” he said.