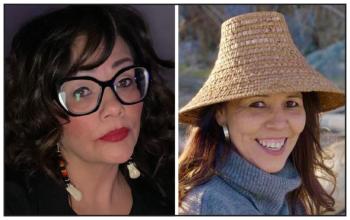 Until the federal government is held accountable, the political will to take action on the 231 Calls for Justice in the final report from the National Inquiry into Missing and Murdered Indigenous Women and Girls delivered three years ago will get no traction, says one national group.

“Without any type of accountability mechanism, the lack of political will will continue,” said Hilda Anderson-Pyrz, chair for the National Family and Survivors Circle (NFSC).

Indigenous organizations and governments responded with concern to the lack of progress June 3, the first anniversary since the release of Canada’s National Action Plan, and Ottawa’s commitment to the Federal Pathway, a response to the 231 Calls for Justice.

Anderson-Pyrz said there has been “a staggering lack of accountability” in implementing any action and called that lack of progress, accountability and exercising of political will “unacceptable.”

In May, the NFSC released a report on the National Action Plan, in which it pointed out that its attempts to score the federal government’s progress was impossible as “an implementation plan (including short-, medium and long-term priorities with specific actions, expected outcomes, timelines, and resources) and accountability/results structure was not prepared for the National Action Plan. Without these in place, there were no specific outcomes or timelines to measure progress.”

NFSC goes on further to state: “It will be critical for next year’s report that an implementation plan be put in place immediately with clear timelines and expected outcomes, and an accountability mechanism to measure the impact funding and various initiatives or programs are having on ending violence against Indigenous women, girls, and 2SLGBTQQIA+ people.”

“We need a proper accountability framework and renewed relationships in place to do this difficult work,” said Teegee.

“I urge all governments, and those in the public and private sectors, to truly partner with First Nations peoples as partners and leaders in the implementation of the Calls for Justice. We know what we need, and we know our strengths,” said Louisa Housty-Jones, BCAFN Women's Representative.

Anderson-Pyrz said the ombudsperson could get best-practises from the federal ombudsperson for victims of crime. However, the position had to take an “Indigenous-led and an Indigenous-lens focused approach.”

“The National Action Plan, as it was drafted, was actually a recipe for inaction, and the people represented by our organization are paying the price,” said Lynne Groulx, NWAC’s CEO.

NWAC pulled out of participating in the National Action Plan and instead offered its own fully costed plan entitled Our Calls, Our Actions to outline how the association would address the inquiry’s Calls for Justice. According to NWAC, it has fully completed 40 of the 66 actions contained in that plan and has made progress on an additional 18.

NWAC released its annual score card on the federal government’s actions June 2, also stating difficulty in tracking progress due to “a lack of transparency on the development of initiatives, actions, and funding distribution” on the part of the government.

NWAC states, “When assessing the government’s National Action Plan goals and the actions deemed necessary to achieve them, that little headway has been made over the past 12 months toward ending the violence. Few of the promised actions have been completed. Some have seen a little progress, but far too many remain untouched.”

NWAC blames “lack of urgency” on Canada’s part for so little action.

“(This) is especially concerning given the fact that the Calls for Justice of the National Inquiry are legal imperatives dictated to end a genocide,” said the NWAC report.

On June 3, Canada “reaffirmed its commitment to continue working with families and communities to respond to this national tragedy,” the federal government said in a statement.

In its own progress report on the Federal Pathway, Canada outlined what had been accomplished in the areas of culture, health and wellness, human safety and security, justice, and organizational capacity and coordination.

Canada also acknowledged that there were “several gaps in measures to address areas of need,” which included “robust oversight and accountability mechanisms.”

However, the progress report is unclear as to what concrete steps will be taken to rectify the issue. The federal government states only that “The UN Declaration Act requires the Government of Canada to report annually to Parliament on progress made to align the laws of Canada with the Declaration and on the development and implementation of the action plan. The annual report will contribute to accountability for making progress on implementing the Declaration. This approach is consistent with the Declaration itself, which calls on states to collaborate with Indigenous peoples on appropriate measures, including legislative measures, to achieve the goals set out in the Declaration.”

Anderson-Pyrz is calling for an international body, such as the United Nations Committee on the Elimination of Racial Discrimination, to play an oversight role in Canada’s implementation of Calls for Justice and the National Action Plan until the office of the National Indigenous Human Rights Ombudsperson is established.